Adventures on the Snowbird trail

Observations: Adventures on the Snowbird trail

It seemed every snowbird who held out up north for the holidays had the same idea: Give it a few days and then take off when the traffic will be lighter. Yeah, not so much when everyone else is doing that, too. With less than a day before snow began to blanket the Northeast, I drove away from New York City, heading south. I was literally surrounded by cars with Florida plates all moving in the same direction. Within the first hour, I had lost count of them.

I’ve made the drive from the north to Ruskin more times than I care to think about. It’s a two-day trip, with the first long day of driving ideally ending well past the halfway point. And this time, I left earlier and pushed harder. Despite three heavy I-95 traffic jams, I made the Florida border before calling it a night. I had every hope and intention of making it to Tampa by 11 a.m. the next morning. 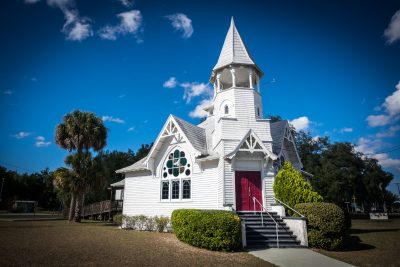 I have a new appreciation for the people and places along U.S. 301, including this church in Citra that always caught my eye, but I only stopped after picking up my freshly repaired car.
MITCH TRAPHAGEN PHOTOS

Just a note to those snowbirds considering a road trip. If you are driving a not-brand-new-back-row-beauty turbocharged Mercedes, be a little wary of driving through the more rural parts of the country without a good backup plan.

I’m as full-blooded German as a guy can be considering my first paternal ancestor arrived in what would become New York in 1652. Both of my parents have German heritage. Germans are some of the nicest, most thoughtful people I’ve ever met. But they also have the ability to be downright terrifying when they feel it is warranted. That certainly was a device my Mom used with her voice to great effect while I was growing up.

And, apparently, it is a device Germans use in the cars they build.

I left on time the next morning, rounded Jacksonville and merged onto I-10 when the first warning signs came up. The car was telling me there was a problem with either the alternator or the battery. It even included an oh-so helpful little drawing of a battery and an alternator. A few miles on, the warning became much more stern. The screen turned red and a new message was added: “Visit Workshop Immediately!”

Yeah, well, my exit was near the tiny town of Baldwin just off I-10 and U.S. 301. I’d say it was fairly unlikely there would be a Mercedes “workshop” there; I was reasonably certain that no highly trained mechanics in white gloves would be around. 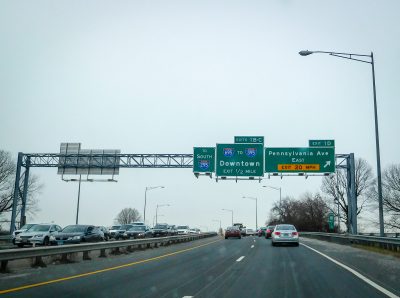 For tens of thousands of seasonal residents in Florida, the Snowbird trail includes an inevitable trip through Washington, D.C., an adventure in itself. With some 900 miles to go, I decided to forego a trip down Pennsylvania Avenue.

But amazingly, there was a small auto repair shop at an abandoned gas station. I pulled in and a nice gentleman approached. I told him what the car was telling me and he said, “Pop the hood, let’s take a look.”

So I popped the hood. Underneath is nothing but a thick, shiny aluminum plate with “Mercedes Benz” embossed in red letters. There really was no engine to be seen. And worse, off to one corner the plate was red with — in the most ominously-Germanic-terrifying way possible — the word “Kompressor” on it.

I don’t think a radiation symbol could have appeared more frightening.

So the mechanic and I were looking at the plate that revealed no engine and wondering what terrors the “Kompressor” might hold when he finally said, “I have absolutely no idea what I could do with this car.”

What he did do was charge up the battery for 30 minutes and was noncommittal to my question if that would be enough to get to Starke, about 25 miles south on 301.

Turning off from I-10 to U.S. 301 is like driving into a different country in a different time. The calm is felt nearly immediately, at least past truck stops at the intersection. But on this trip, I absorbed little of the pastoral beauty. I felt like I was in the middle of nowhere with a dying car no one would even look at. Plus, I had shut off everything possible that could use electricity, yet the car began to increasingly complain that some of its 7,359 sensors were starting to lose power. At some point, the car would simply just stop. And fortunately, that was at Precision Automotive in Starke. And that is where I met Sean, a nicer guy you could never meet. 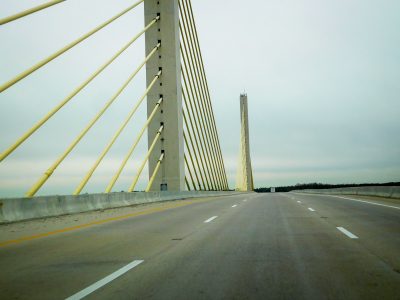 It was Friday afternoon, and he couldn’t get the parts needed until Monday. But he assured me that it would be done by noon and gave a very reasonable quote — much less than many larger places in Jacksonville quoted, and done faster.

In a happy bit of serendipity, there was an Enterprise Rental Car just two buildings down. Rather than weekending in Starke, I walked the 25 yards to their office.

Mobile again, I finally made it to Ruskin late that afternoon. But the trip wasn’t over. I still had a 360-mile round trip on Monday to drop off the rental car and pick up my car. And I would have to leave before I knew if Sean could fix it.

To put it mildly, none of what happened had put me into a great mood. I was big into “Woe is me,” along with the dread of more driving and concern that the repairs would cost much more than expected, if they were done at all. But I arrived on Monday and was told by the man at Enterprise that I was really quite lucky. His was the only place to rent a car between Jacksonville and Gainesville.

I walked over to Precision Automotive — the car was done on time and for the price quoted. Make a note road-trippers and snowbirds: Should you need help on 301, find Sean at Precision Automotive. He’s a good and honest man. He repaired the car with perfection. I swear he somehow even made the stereo sound better.

Sean didn’t know how much I was counting on his word. Singer Billy Joel’s song, “Vienna” states that “Vienna will wait for you.” Maybe so, but Billy Joel wouldn’t wait for me. For years my wife and I have wanted to see him in concert. And finally, late last summer, she got lucky in getting tickets — they would be our birthday presents to ourselves. Just hours after picking up the car, I was driving it to the airport for a flight to New York and Billy Joel. A few days later, I flew back to Tampa, picked up my car in long-term parking and…it started and ran perfectly.

I think that too often those of us from urban areas don’t give enough credit to the people who live in small towns and rural areas. And that’s a shame, because some of the best people that you’ll find are in those places off the beaten path. Most certainly, Sean is a good man. Indeed, he was a blessing, along with Enterprise just a short walk away. I worried and complained at the time about everything going to hell in a handbasket but the reality is, I was truly blessed.