Okay, everyone! Raise your hands if you are happy to see 2016 finally draw to a close.

Whoa! Well, it may be easier to ask you to raise your hand if you are *not* happy to see 2016 fade off in our collective wake.

There is a supposed, ancient Chinese curse about wishing you to live in “interesting” times. Certainly that describes 2016. No matter if the election turned out as you’d hope or as you’d feared, it was a bruising, sometimes embarrassing display, with Americans getting psychologically gut-punched every few days or weeks. Interesting indeed. Whether a blessing or a curse depends entirely on your viewpoint. 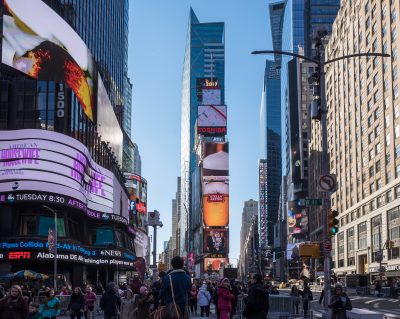 The Founding Fathers knew that, regardless of the success or failure of their “American experiment,” they were certainly bound for the history books. While, at the time, they didn’t know the vast extent of it, they knew their fledgling nation held extreme wealth beyond what any of them could imagine. They knew that if things worked out, the new nation would certainly become one of the most powerful on earth. In many ways, their actions were taken with the knowledge of the place they would hold in history.

And now, entering our 241st year of the “American experiment,” their place in history is secure; their foresight proven unerring as the nation they founded is now the most powerful nation on earth. It is the most powerful and prosperous nation the long history of humanity has ever known.

With our modern eyes, 2016 may not have been our best. We lost many celebrated artists, due primarily to simple demographics: The Greatest Generation and the Baby Boomers are reaching the typical end years of life. That may well worsen in this New Year.

But also with this New Year comes a clean slate, the promise of opportunities, some of which we cannot even imagine yet. 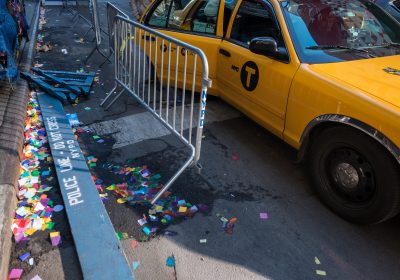 On January 1 in Times Square, the remnants of a party of more than a million remain. A few hours later, crews would move through cleaning up every scrap.
MITCH TRAPHAGEN PHOTO

For many people around America and even the world, New York City is the focal point of the last moments of one year transitioning into the first moments of the New Year via network television specials beamed live from Times Square. This year estimates had more than a million people crowding into the streets, hoping to experience the joy and celebration of the coming clean slate the New Year provides.

On CNN, while New Year’s Eve special hosts Anderson Cooper and Kathy Griffin took a break in their banter, correspondents roamed the massive crowd, asking questions of those who waited eight, ten or more hours in place to witness the famous ball drop, heralding the arrival of 2017. The correspondents asked people where they were from. At one point a woman responded, “Brooklyn!” The correspondent replied, “You’re kidding, right?”

Most people who live in the New York City area seem to avoid Times Square entirely if at all possible — on any given day or night it is far too crowded with tourists for anyone in a hurry to get to work or to run errands.

My wife and I have been in the city for three New Year’s Eve celebrations. The first time was in 2001, and the city was recovering but still reeling from September 11. Our hotel was only blocks away from Times Square, and we soon learned that if we wanted to actually see the ball drop, we would have to be in place no later than 2 p.m. That year, for obvious reasons, security tightened significantly. Those arriving too late would not only not have a position from which to see the ball, they wouldn’t be allowed into the broader security zone at all. And, if we had chosen to stake our claim on a few square feet of concrete by 2 p.m., we would have to have done so with the knowledge that there would be no restroom breaks until the next year. Literally. 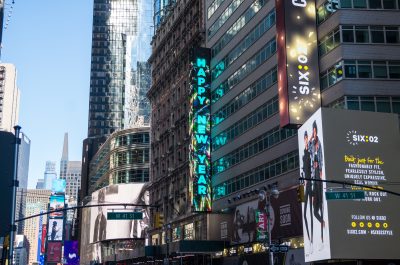 To make matters worse, Dec. 31, 2001 was an unusually cold day in the city. I recall the temperature hovering around 4 degrees. Which was about 50 degrees less than what two people fresh off the plane from sunny Florida could easily tolerate. We decided to watch it all on our hotel television set, knowing that the live festivities were only a few blocks away.

By about 11 p.m., we began to regret that decision. Like most Americans, we were ready to celebrate the end of 2001 and welcome 2002. So we bundled up and started walking…until we ran into a literal wall of police officers cordoning off the broad Times Square area. We could hear the crowd inside partying and yelling but that would be as close as we could get. And even then, a huge crowd continued to form behind us.

I stood directly in front of a New York Police Department captain. Although we couldn’t see it, there was no question when the ball had dropped, when 2001 had faded into the past and 2002 became the present. The crowd clearly and loudly signaled the moment. And at that moment, the NYPD captain reached towards me to shake hands and said, with a humanity and soft-heartedness that remains with me to this day, “Happy New Year.”

Afterwards, perhaps by 1 a.m., we stopped by a Fire Department of New York fire station where we shook hands with the firefighters and heard their stories, told briefly to protect their own, still raw emotions of what they experienced only a few months prior.

Our second New Year’s Eve was spent watching it from the other side of the Hudson River. Even in a city packed with skyscrapers and lights, there was no difficulty in finding Times Square. It beaconed like a small sun in the city of light.

To me, that beacon of light, the police captain of so many years ago, are representative what of what New Year’s means. It is celebration, it is hope and it is humanity. We are not a perfect species and, God willing, we likely never will be perfect. Sometimes it takes our tragedies to spur and appreciate our triumphs. And make no mistake: Our triumphs through history are far greater than our tragedies.

Indeed we live in interesting times. Whether you believe them to be for good or ill, I am confident that we will continue on, with triumphs over tragedies. My wish for you is that these times bring the blessings of celebration, hope and humanity. My wish for you, with all humanity, is a sincere Happy New Year.