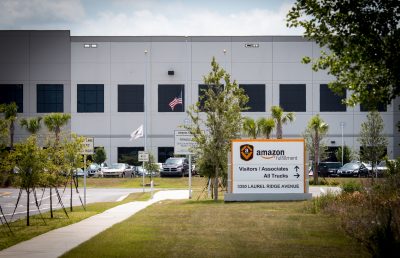 The still fairly new Ruskin Amazon Fulfillment center set two records within the world’s largest internet retailer with the most items shipped in December and the most gift-wrapped items shipped.
MITCH TRAPHAGEN PHOTO

There was a time, not so long ago, when the news of a company hiring a thousand or more people would have been unthinkable in South Hillsborough; more, it would have been a stretch of the imagination for much of the Tampa Bay metropolitan area. The construction of the Amazon Fulfillment Center in Ruskin changed all of that.

Ruskin and the surrounding area was once a sleepy suburban/exurban area known largely for retirees and tomatoes. Beginning early in the new century, it had been discovered as people moved in by the thousands, in search of a high quality of life with easy access to all that a large metro area has to offer.

Particularly in Ruskin, the location is strategic not just for residents but for business as well; nestled between two major airports along with easy access to I-75 and even rail terminals.

Amazon, the world’s largest internet retailer, recognized the opportunity the location offered, along with a growing population that provided a base for a very large workforce.

In 2014, Hillsborough County Commissioner Sandra Murman had this to say about Amazon and the news of a then-new facility in Ruskin: “The South Shore area has been a diamond in the rough for a long time. Someone has finally found the treasure here in Amazon’s decision to locate its distribution center in Ruskin. It’s going to mean economic development and more jobs for an area that so desperately needed a jump-start after the recession. It’s a perfect fit, and it couldn’t happen in a better place than South County.”

The commissioner’s words proved to be prescient. Today Amazon not only provides well over a thousand permanent and many more seasonal jobs for residents of South Hillsborough, the Ruskin Fulfillment center has proven itself to be a key part of Amazon’s operation. 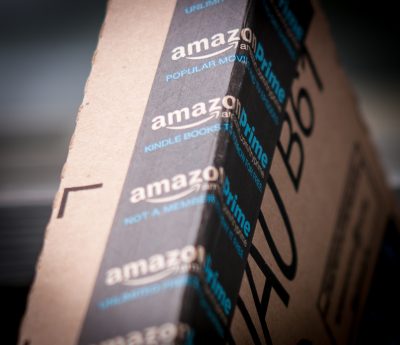 Amazon shipped more than 1 billion items worldwide, the equivalent of nearly three items for every man, woman and child in the U.S.

In just two short years, the employees and management team of the Ruskin facility have moved to the forefront of the nation’s fourth most valuable public company by market capitalization, a metric by which it passed Walmart in 2015.

Amazon itself was also prescient — in less than a year after opening in 2014, the company nearly doubled the capacity of the new fulfillment center, adding hundreds of additional jobs.

“Looking back on our 2016 holiday season, I’m amazed by all the incredible accomplishments of this fulfillment center and our dedicated team of associates and managers,” said Chris Monnot, general manager of the Ruskin fulfillment center. “We work all year to be prepared for this time of year, and I’m proud of our fantastic employees who made so many holiday wishes come true. Thank you!”

The praise for the local center also came from the top of the company.

“We are so proud of our local fulfillment center team in Ruskin. This year was our best holiday season and we couldn’t have done it without them,” were the words contained in a press release with a congratulatory blog post to all of Amazon from Mike Roth, Amazon vice president of operations.

Like the Ruskin center, it was a record-breaking holiday season for Amazon itself. The company shipped more than 1 billion items to customers worldwide through Amazon Prime and Fulfillment by Amazon. That is roughly the equivalent of three items for every man, woman and child in the United States.

Roth went on to credit the more than 200,000 Amazon hourly associates — a mix of permanent and seasonal — for making the record-breaking holiday season possible. In the past two years, the company opened more than a dozen new facilities, creating tens of thousands of jobs, in which employees work alongside more than 45,000 robotic units in the expansive fulfillment centers.

“This truly was a massive team effort, and the results speak for themselves,” Roth stated. “Almost every fulfillment center, sortation center, or specialty site showed year-over-year improvement. Some broke network records. And some even broke multiple records in a span of days. We were able to do it because of the 200,000-plus workforce working diligently to serve customers. The hard work was accomplished by a mix of veteran associates who prepared all year for Peak, newly hired seasonal associates who played a critical role in helping us meet increased customer demand, the managers who dedicated extra hours to ensure teams got the support they needed, and the HR teams who organized fun and creative entertainment while providing associates with one-on-one attention.”

With a note of trivia that also reveals the extreme measures undertaken by Amazon employees during the busy holiday season, the company, which offers same-day delivery in some large metropolitan areas, revealed that the last Prime free same-day delivery order for Christmas was placed on Amazon.com was ordered at 10:23 a.m. on Dec. 24 by a customer in Richmond, Va. The customer received that order at 2:42 p.m. the same day — certainly an extreme example of last-minute shopping.

Amazon also noted that its Florida fulfillment centers donated $1,500 to Toys for Tots and $5,000 to the Children’s Home Society of Florida this past holiday season, an effort to give back to the communities in which associates live and work.

For information about employment at Amazon, visit workatamazonfulfillment.com.

For more from Amazon’s Mike Roth, along with a video from inside an Amazon fulfillment center, visit tinyurl.com/observer-amazon