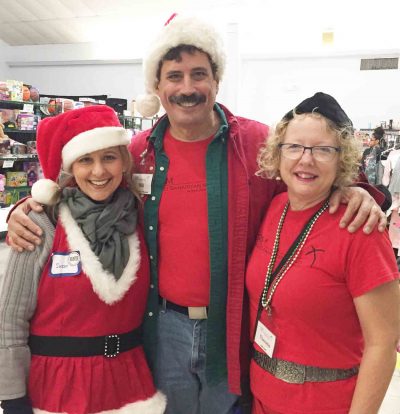 Pastor Bill Cruz, center, is joined by the very busy elf Susan Mohrland on his left, and his wife Theresa, right, at the event.
CINDY SHOWALTER PHOTO

Hundreds of children will celebrate Christmas with a toy Dec. 25 thanks to Christmas Blessings, Good Samaritan Mission’s annual toy drive.

Parents started lining up outside the gates of Good Samaritan on Balm Wimauma Road 12 hours before the event to make sure they had the pick of the more than 1,000 toys donated by local churches, businesses and individuals.

But this was no ordinary holiday shopping spree.

Parents earn the right to shop at Christmas Blessings by taking classes at the mission throughout the year. They earn a token after each 30- to 45-minute class, covering everything from English as a Second Language to disease prevention. Many save their tokens for Christmas Blessings where they are redeemed for toys for children who might otherwise wake up to a bare Christmas tree.

Parents earned enough tokens to pick up toys for about 200 children, redeeming more than 2,700 tokens.

“We collected thousands of toys this year, including 51 bicycles,” said Jennifer Daly who spends months planning. “Churches, businesses and individuals all pitch in,” said Daly, GSM’s office manager. All the hours are worth it when she sees the parents redeem tokens they have earned throughout the year. “We had a family with five kids (who attended classes) and just knowing each of those kids got a brand-new bike means the world to me. It makes my Christmas better.” 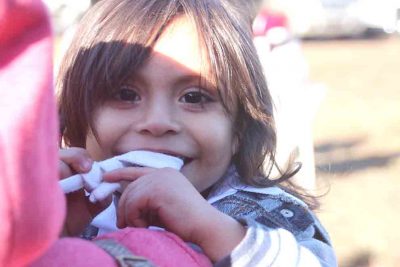 Christmas will also be better in a tiny mountain village in Honduras thanks to Christmas Blessings. Lilian Matos earned more than 130 tokens throughout the year taking classes, all of which she used to buy toys for children in her impoverished homeland.

“It’s a big reward for all the parents who work so hard all year long taking classes which also better their lives,” Matos said. “It’s going to be a very merry Christmas for all of them.”

Just watching the joy on the parent’s faces made Margaret Harzman’s day.

“Watching the parents shop knowing they have earned the tokens to shop for their children makes it special, maybe getting things they wouldn’t be able to buy otherwise,” said the longtime mission volunteer. 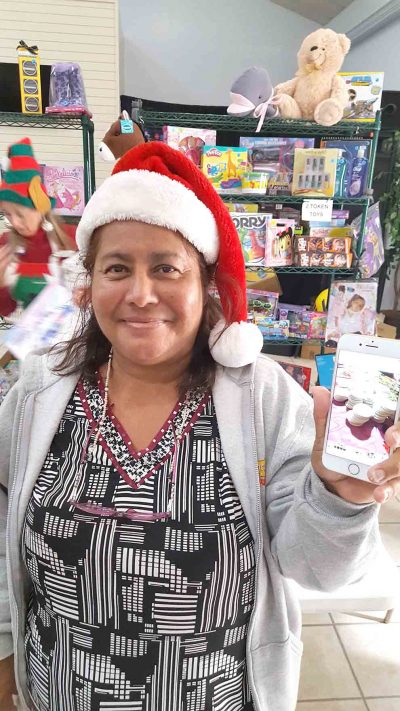 Lilian Matos holds a bag of tokens she earned by taking classes at the Mission. Matos used the tokens to buy Christmas toys for 100 children and three schools in her native Honduras.
KEVIN BRADY PHOTO

Church of the Palms (Sarasota)

A special thank you goes out to several generous individual donors who made the event possible as well as the students of Agape Christian School (Sarasota) and members of Girl Scout Troop 405 for all of their help with the event. 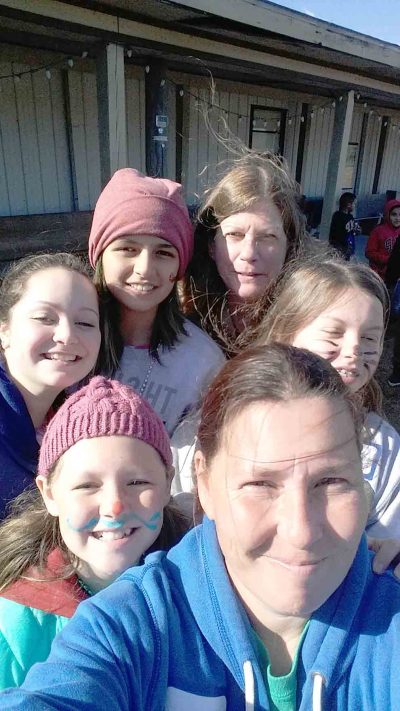 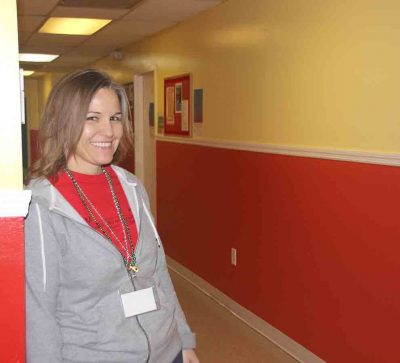 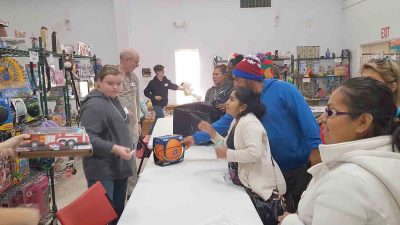 Volunteers assisted shoppers as they perused more than 1,000 gifts at the event. Parents were also given a free roll of wrapping paper on the way out. KEVIN BRADY PHOTO