Thanksgiving dinner was served from the back of pick-up trucks 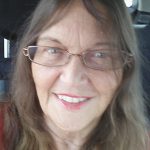 Several years ago, I mercilessly tore most of my 35mm photographs from my photo albums and made separate scrapbooks for each of my children, stepchildren and grandchildren as Christmas gifts.

It was a very large and daunting task. For example, who would get the photographs of my daughter’s wedding when the whole family was there and now spread out in so many different states; or of the home and commercial fishing business my late husband and sons ran in Ruskin for so many years?

If I hadn’t done that, I could supplement this Thanksgiving column with some incredible photos to back up my words.

Thanksgiving dinner to the commercial fishing families “back in the day,” even as late as the 1980s and early 1990s, was one time you could count on — boats pulling into Bahia Beach (now Little Harbor) to meet families waiting with turkeys, sweet potatoes and desserts of all kinds.

This was before the condos, marina, or even the restaurant and lounge that occupy the northwest end of Shell Point Road in Ruskin had caught developers’ eyes. Bahia Beach was a landing chosen by many commercial fishermen to have their Thanksgiving dinners with their families, because it was easily accessible to both land and water.

About 80 percent of the local fishermen’s incomes were made between late October and the first of February, mostly from mullet roe that was sold mainly to Asian countries like Taiwan and Vietnam. Red or gold roe from the female fish being the eggs before they hatch; or white roe from the male fish, which technically are not eggs at all — in fact, it’s what is meant to fertilize the eggs — if you know what I mean.

The red roe brought the most money because they were highly prized in certain Asian ceremonial feasts and instead of fish prices being 10 or 15 cents a pound, they were often several dollars a pound for those few months.

I don’t think my sister-in-law Julia Stringfield and I ever missed a Thanksgiving dinner cooking together back in the day. 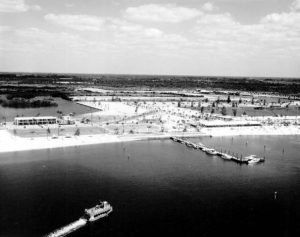 Bahia Beach as it was in 1966. This is the area where mullet boats would come ashore to meet with families for a Thanksgiving feast on the beach.
FLORIDA MEMORY ARCHIVE PHOTO

But then, local commercial fishing died because of a push for tourism sometime early in the 1990s after a ballot vote (supposedly based on the environment); I moved from River Drive in 1999; my “fisher-husband” died in 2003; and Julia died last year. But I’ll never forget the years we’d cook as many as eight or 10 desserts together; including pumpkin pie, banana pudding, chocolate pie, berry pie of every kind, gingerbread, cakes, home-made cheesecake, cobblers  and more, and line them up along the counter in my kitchen to be wrapped for travel. Along with this was every possible thing you could ever want in a Thanksgiving dinner right down to homemade cranberry sauce.

We’d pull the trucks in and see some families already eating, and others in trucks waiting for their boat (or boats) to arrive.

The food flowed from family to family, the first thing shared since the “precious” roe mullet appeared and the tremendous competition began. Looking around now, it’s impossible for anyone who didn’t see it to imagine huge roller boats, small “strike” boats filled with nets, and homemade houseboats (with the top-deck enclosed sleeping area often made out of plain plywood) docked from what used to be a jetty at the south end of the beach all the way up to what is now called Little Harbor.

The groups usually posted someone in a tree or in the tower of a large boat to watch for schools of fish at all times, as it didn’t take but a few minutes to miss what amounted to a whole month’s pay. “Tree-sitting” was an important job and was alternated often so that everyone got to eat and visit the others on the beach.

Newbies to the South County area don’t often realize that this area was carved out of the palmetto brush by a few key industries: Citrus groves, tropical fish, commercial fishing, logging (mostly in Wimauma), tomatoes and strawberries. Plus, the fact that Ruskin was often referred to as “the Salad Bowl of the South.”

So, as Thanksgiving comes again, I look back at a time that is long gone, but those of us who took part in it were fortunate indeed. Thanksgiving to us fishing families didn’t just mean turkey, pie and seeing family and friends we didn’t see every day. It meant fellowship, and for a time, even camaraderie between competitors, something we could certainly use more of today.