Parrish business woman promotes yoga and mindfulness in her books 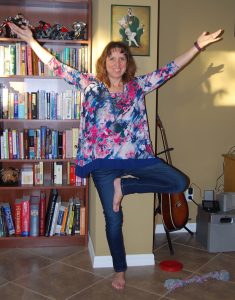 For Parrish resident Danielle Palli, owning her own writing publicity, digital marketing, and consulting business Birdland Media Works, was the result of living a life of varied experiences.

“I do things I like in my life, then open myself to new opportunities,” said Palli, who moved to River Plantation with her husband, John, in July.

She was raised in Holland, Penn., a Philadelphia suburb, and found she enjoyed writing at a young age.

After earning a Bachelor of Science degree in mass media and global communications in 1997 from New York University in Manhattan, Palli moved back home to Pennsylvania.

While deciding what to do with her degree she began practicing martial arts for self-defense and studying Eastern philosophy.

Along with the Tai Chi movements, she learned meditation as part of her training.

“I didn’t know how much of a stressed-out person I was,” Palli said. “A friend convinced me to go to the gym where they had yoga classes.”

Because of the martial arts training, yoga felt familiar, and she was drawn to both for their spiritual aspect. 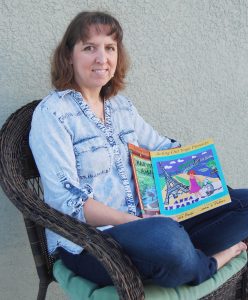 So she did and was a yoga instructor for 15 years.

Although not teaching yoga much these days because her business keeps her busy, Palli said she practices yoga every day.

Needing a change, Palli moved to Florida when a friend in one of her yoga classes said she had a sister in Florida who would help her get settled.

“Jean is a very giving person,” Palli said of the woman who she stayed with in Bradenton. “She had opportunities in life and wanted to give other opportunities.”

The move was just what Palli needed to begin her life work.

“You know you’re supposed to be somewhere,” she said, “but don’t know why.”

Her first job in Florida was at Florida College of Natural Health, which held classes on massage therapy and skin care.

“I started in sales and enrollment, but was not a very good salesperson,” Palli said. “When a career counselor position opened, it was just what I wanted.”

She was able to use her writing skills creating course material.

Also, Palli would teach the students how to find a job, help them create a resume and do mock job interviews with them.

While working at the college, Palli went to an award ceremony and met Randy Moore, then publisher of the monthly publication, Natural Awakenings and she started writing articles for him.

Moore started the eFest, an environmental-oriented music and arts festival and asked Palli to help out. She eventually became senior coordinator of the event in 2007.

This provided Palli with more opportunities to network and meet business owners.

In 2008, she started writing for the CBS online entertainment publication, Metromix. She would go to restaurants, take a picture and write short pieces for them. 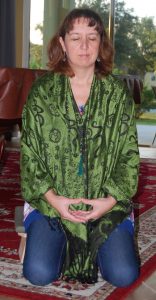 Meditation, which Danielle Palli practices daily, has influenced her writing and business activities.

As she was inputting the information into the computer system, she would notice typos in other listings, so she would correct them. This impressed the editors, and she eventually became the restaurant reviewer and interviewed chefs.

This led to Palli doing television and radio spots for WTPS 10 and MAX 98.3, reporting about concerts, festival and special events.

Working at this position created opportunities to network, and she began to help businesses develop marketing plans.

Palli started Birdland in 2006 and has expanded her services over the years to include written and visual content for advertising, social media, websites, and other business-marketing tools.

Without formal training, Palli has recently expanded Birdland services to include video.

One advantage she had was the desire to learn new technologies, she said.

“I always want to know how things operate,” Palli said. “Also, I was always good at organizing.”

When she mentioned to one of her clients that her product promotion would be better with video, the client told her to “make me one.”

Palli had noticed that YouTube had an editing function and from that experience she built her knowledge about video.

Because birds always have been a part of her life, coming up with a name for her business was easy, she said.

When Palli lived up North, she had a reputation among her friends of finding injured birds and getting them help.

“And when I moved to Florida I noticed there was a lot of nature,” she said.

Also there are a lot of yoga poses that reference bird positions, Palli said.

And when she visited Peru in 2008, she went to see a shaman named Pashquita, who said her animal spirit guide was a black and red bird, called a Masked Crimson Tanager.

“The Tanager has a free spirit and goes around singing all the time,” Palli said. “The name Birdland just resonated with me.”

Along with running a busy company, Palli has found time to write several books, including a series for teaching children yoga titled Acting Out Yoga.

“I started teaching yoga to children and thought you could teach them just as you would adults,” she said.

She quickly found out that was not the case. Children would be distracted and not perform the poses.

Palli thought about how children are very attentive when you read them a story, so she came up with the idea that each pose told a story

They are colorfully illustrated by artists Joan Peters and Jessica L. Clark.

She also will soon be publishing a sci-fi/fantasy series early next year.

Palli earned a master’s in professional writing in 2010 from Chatham University and has been published under a byline or ghostwritten in U.S. News & World Report, Suncoast Living, MindBodyGreen.com, Huffington Post, and other publications.

In 2013 Palli was ordained in the Wisdom of the Heart Church after completion of an 18-month ministerial training program.

And when she has time, she posts on her blog, Playing Around Parrish, which can be found on her business website, along with information on her books, at birdlandmediaworks.com.