He served in the U.S. Army as a Paratrooper in the Korean War. Bill was a scenic artist for over 50 years. His passion was painting fronts of dark rides and fun houses for carnivals all over the U.S. He loved doing his comic strip, sitting at his easel working on paintings and spending time with family.

She was preceded in death by her husband, Clarence Butcher. She is survived by three children Gayle Fisler, Ruskin, Fla., David Burkey, Gibsonton, Fla., and Dianne Gomoll, North Port, Fla., and seven grandchildren and four great-grandchildren.

A special thank you to her granddaughter, Amie Fisler, who stepped up and saw her through to the end. She will be truly missed. 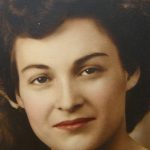 Isobel L. Dunsmoor, age 97, of Sun City Center, Fla., passed away suddenly on Tuesday, Oct. 25, 2016 at South Bay Hospital. Isobel was born in Clovis, New Mexico on Dec. 29, 1918, to Francis Burt and Grace Hauenstein Burt. She was the first born of eight children.

She was a seamstress most of her life making draperies for homes and businesses, clothing alterations for customers, bedspreads, hats and purses. She loved to buy fabric and sew.

With her third husband, Robert Dunsmoor, she helped operate a photography studio in Oskaloosa, Iowa where she received awards for her hand-colorization of black and white portraits.

She enjoyed being a volunteer at the gift shop in the hospital in Harrison, Ark. She was described as a good worker and a good friend and one who greeted everyone with a friendly smile. She enjoyed playing golf at Diamond City. She was also a member of the Red Hat Society.

Isobel was a loving, hard-working mother, grandmother and great-grandmother. She will be dearly missed. 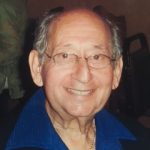 He was survived by his two sons Steven Goldenberg of Chicopee, Mass., and Robert Goldenberg and his wife PJ Goldenberg of South Hadley, Mass., two daughters Scarlett Amspacher and husband John of Glenville, Pa., and Laura Fagan of Dallastown, Pa. Six grandsons, three granddaughters,  and two great-grandchildren. Harry was the founder of C.A.R. Products, Inc., of Holyoke, Mass. He was an active member of the Front Porch Pickers, member of Sun City Christian Center and an accomplished percussionist. Harry was loved by everyone who met him.

A private memorial service was held by immediate family. Memorial contributions can be made to the VA or the Alzheimer’s Association. Thank you to all of Harry’s many caregivers throughout the years. 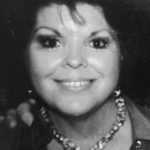 Delores Echols Todd, 72, of Bradenton and formerly Ruskin, passed away peacefully on Oct. 23, 2016 in Bradenton. Born and raised in Louisiana, Delores loved New Orleans, its history and its food. She was a passionate cook and collected many cookbooks over the years. A very talented decorator, she could make any place more beautiful with her special touch.

She had friends living in Israel and held them and their country very close to her heart.

She was predeceased by her husband, George K. Todd Sr., and parents B.W. and Joyce Echols. She is survived by her daughter Rhonda Freeman (Drew), son Adam Ripley (Sandy Folsom), her sister Jenny Bankston, and four grandchildren Julia and Christopher Freeman and Jordan and Jack Ripley.

No local services are planned, but there will be many celebrations of her life by her family and friends.

Arrangements by The Good Earth Crematory.