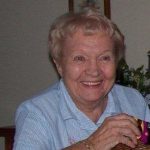 Eugenia “Jean” Beam passed away in Monroe, Ga., on July 26, just several days after her 90th birthday. She had been living at Great Oakes in Monroe for the past year.

Born in Johnsonburg, Pa., Jean was one of seven children and an identical twin. After three decades living on the West Coast of Florida she moved to King’s Point in 1998 from Bradenton where she worked for Maas Brothers and Burdine’s.

Jean was a member of Prince of Peace R. C. Church, The Red Hatter’s and was an avid card player and lover of books both in Florida and Georgia.

She is survived by sons Rusty (Ellen) Voakes of Monroe, Ga., Jim (Janice) Voakes of Jacksonville, Fla., daughter Pat (Russ) Girgenti of King’s Point, five grandchildren and six great-grandchildren as well as many nieces and nephews.

Jean was always upbeat, helpful and the life of any party. She had the wonderful gift of making everyone feel special and comfortable in any situation. She will be truly missed by so many.

Interment was in the family plot at Holy Rosary Cemetery in Johnsonburg, Pa.

Maestro Troubadoure that he was! He will be sorely missed! 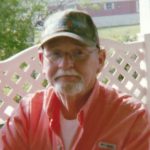 Lonnie  “Clayton” Suggs, 63, of Ruskin, Fla., passed away September 22, 2016. He retired as a tomato farmer for Dickman Artesian Farms. He was a member of Rivers Edge Baptist Church.