Three years ago a group of school-age children gathered to organize an event to celebrate the life of Austin Bradley Coates. The 4 year old had passed away in June after a grape lodged in his throat during lunch. 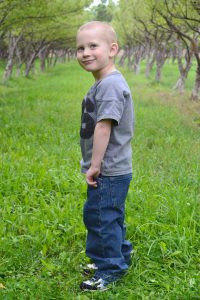 BRAD COATES PHOTO
Austin Bradley Coates was 4 when he died in 2014 after eating a grape that lodged in his throat during lunch. His family and friends will host the 3rd annual ABC Superhero Fun Run Oct. 8 to keep the boy’s memory alive and raise funds for the Lynn Sowers Memorial Foundation.

Austin’s sisters, Aubrie and April, and their friends Roxy Morrison and Kennedy and Hunter Warbritton came up with the idea for the ABC Superhero Fun Run, a casual, one-mile run/walk in his memory. Their mothers helped put the fundraiser together, and the first two years’ proceeds netted a total of almost $8,000 for the Make-A-Wish Foundation.

“Austin truly saw himself as a superhero,” said Melanie Rimes, a close friend of Maria Coates, the boy’s mother. “So this year we decided to honor the community’s real superheroes, the men and women of the Hillsborough County Sheriff’s Office, by giving the proceeds to the Lynn Sowers Memorial Foundation.”

Rimes said the idea came from a comment made during Deputy John Kotfila’s funeral service earlier this year. Kotfila died last March when he put himself in harm’s way to save a woman’s life as a wrong-way driver sped towards her car on the Lee Roy Selmon Expressway.

“The person speaking called the deputy a superhero, and in that instant I made the connection,” Rimes said. 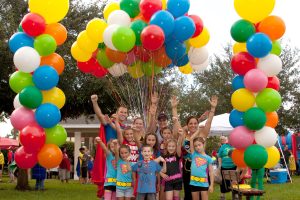 The cost is $15 per person or $25 per family, regardless of size, and includes one lunch per walker/runner and a beverage.

“As a family, we do this to keep his memory alive and also to help others in their time of need,” she said. “He was very outgoing and full of fun, and he’ll always be our little superhero.

“And it’s an honor to be able to support our community’s real superheroes who put their lives on the lines for us every day. Austin would have liked that.” 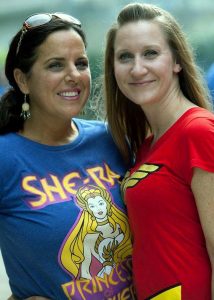 Rimes said she feels the event has been therapeutic for Coates.

“As Maria’s friend, I see and understand the horrible grieving she’s gone through,” she said. “As a mother, I notice how her face lights up when we begin planning this event every year. It’s like planning a birthday party for her child. She wants to make it special in every way, and doing (the ABC Superhero Fun Run) helps remind her of Austin’s incredible spirit. As long as she wants to do it, I’m in.”

With the Lynn Sowers Memorial Foundation as its new beneficiary, both women hope more people than ever will participate.

“We want to personally invite all Hillsborough County Sheriff’s Office personnel and their families to come participate in the ABC Superhero Fun Run,” Rimes said. “It’s a great opportunity for members of law enforcement and the community to strengthen their ties.”

To register in advance for the 3rd annual ABC Superhero Fun Run, go to eventbrite.com or visit the event’s Facebook page. For additional information, call 813-645-1366. 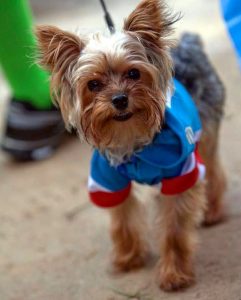 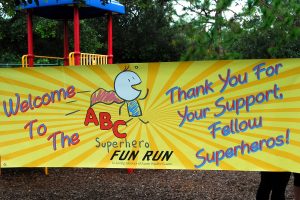 LOIS KINDLE PHOTO
Participation in the ABC Superhero Fun Run is $15 per person or $25 per family, regardless of size, and includes one lunch per walker/runner and a beverage. This year’s sponsors include the East Bay High School Boosters Club, SouthShore Chamber of Commerce, South Shore Signs, Covington Park, Kids ’R’ Kids Southshore, M&M Printing and Tiki Tea Inc.