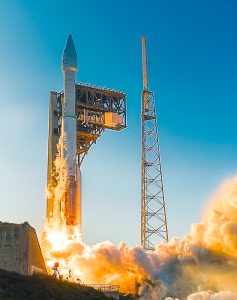 The OSIRIS-REx spacecraft was designed to intercept the carbon-laden asteroid named Bennu, study the surface and return a sample of the soil, referred to as regolith, back to Earth. The prime focus of the mission is to test for carbon-based biological material in an effort to search for life outside of our home planet. Asteroids represent some of the earliest remnants of our solar system and may unlock clues to the history of our sun and its family of planets.

Any spacecraft is processed in a clean room environment to prevent contamination from causing performance issues in orbit. A stringent clean room protocol was used during the preparation of the OSIRIS-Rex to prevent amino acids and other biological material from hitching a ride to Bennu, assuring a pristine sample that will be returned to Earth in September, 2023. 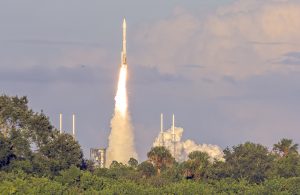 Troy McClellan/Full Dome FX Multimedia PHOTO
The OSIRIS-REx spacecraft is on its way to a rendezvous with the asteroid Bennu as seen from the KSC Press Site. 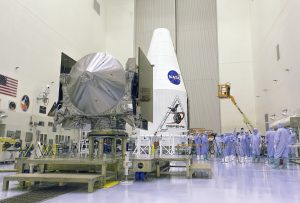 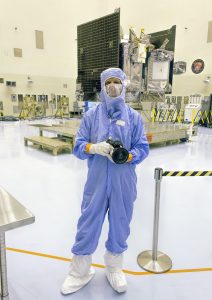