Camping out in an airport

Camping out in an airport 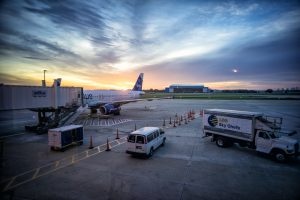 The flight was affordable and had an excellent on-time record. It would land in the city in the morning, ensuring a day would not be wasted in transit, or simply through waiting and fighting through crowds. Morning flights are almost always on time — it is the late afternoon and evening flights that tend to suffer the most in getting where they intend to go when they hope to do it. The morning flight was perfect.

Perfect except that it was scheduled to depart Tampa International Airport at 6 a.m. Given the potential for long security lines, sometimes even for those in the TSA Pre-Check program, that would mean arriving at the airport by roughly 4 a.m., just to be safe. For those of us living in South Hillsborough, that would mean leaving home at roughly 3 a.m., again, just to be safe.

There is nothing perfect about that. My friends are all asleep at 3 a.m. The Supershuttle would pick me up at 2 a.m. or so, but my home is floating in a marina. It’s not easy to shut down a boat in the dark. So that meant leaving the evening before the flight. A friend was much more willing to drive me to the airport at 7 p.m. than at 3 a.m.

There is a website that offers tips for people who, for whatever reasons, decide to sleep in airports. Even the world’s busiest airports tend to not have flights overnight, so the stragglers left in the buildings during the wee hours are people who, by and large, have nowhere else to go. 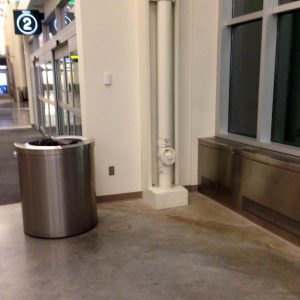 Terminal 2 at the Minneapolis airport where a lone outlet is accompanied by a cement floor is a far cry from the comfort of Tampa’s airport for overnighting.

The website described Tampa’s airport as having security that is “generally tolerant” of people sleeping in the building. I’d prefer that to be “extremely tolerant,” but I wasn’t certain I’d actually be sleeping while waiting for my flight to New York Kennedy airport.

With the exception of very few, I’ve been to every major airport in the United States and a handful in Europe. I’ve also been to more small airports than I’d care to think about. From that experience, I believe Tampa’s airport is the best in the nation. It is clean and bright; with the monorails whisking passengers to the airsides, there are no long walks to anywhere, not even the most remote gate.

While there are usually no overnight flights, the airport is open 24/7, although I’m certain that officials would prefer that passengers stay in the adjoining Marriott hotel rather than camp in the terminal. In my case there were few rooms available, and the per-hour cost, allowing for too little sleep, exceeded my budget.

As if in acceptance of the reality that some passengers will be either too cheap or too broke to spring for a nice hotel room, the airport recently began to boast of two establishments open 24 hours — a Starbucks and an airport convenience shop — not many airports offer such amenities. Tampa International also offers something that surprisingly few airports do: A large public space filled with shops and restaurants that are located before security. 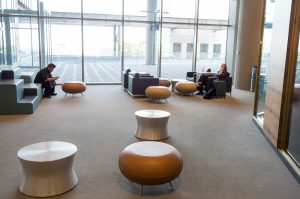 I arrived at the airport the night before my flight with plans to enjoy a long, leisurely dinner in an old, favorite, reasonably quiet restaurant. Unfortunately, my establishment of choice had become a victim of the many upgrades occurring at the airport. I walked to the restaurant only to be faced with drywall printed with the words,  “Coming soon…”

So with fewer current options than expected, I chose a brand-new Hard Rock Cafe. While the service and the food were good, it was not a dim, peaceful refuge for a leisurely meal. As a vintage AC/DC song blared over the sound system and played on a giant screen behind the bar, I looked around at the wait staff (much younger) and the patrons (generally much older) and realized that I may well have been the only person in the place who had actually seen the original lead singer, Bon Scott, shown in the video, perform before he died from what is officially listed as “death by misadventure.” 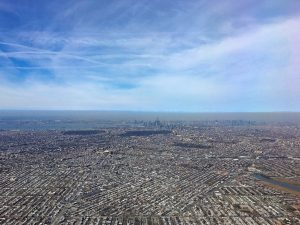 Despite that “cheery” reminiscence and my general fondness for the selected era of the music, it was not a place to linger with my iPad tipped up to write while I sipped a glass of wine, quietly winding down an evening; the music was simply too loud, the lights were too bright. With dinner finished, it was time to go.

Between the new Hard Rock Cafe and an equally new P.F. Chang’s restaurant, was a newly remodeled waiting area with large, boxy, cushion-y chairs, complete with outlets and USB charging ports built into the arms, along with stuffed ottomans. I’ve spent nights in other airports, but none have offered that level of comfort. Unfortunately, it was only 9 p.m. and the airport was still buzzing with activity — far too much to consider bedding down, as it were, for the night.

So with a heavy camera bag over my shoulder and a small rolling suitcase, I began my search for a quieter corner to begin my airport camp-out. I found it in a far end of baggage claim on the first level. The fact that two workers in the airport had chosen it as a place to catch naps while on break only confirmed the location as a good choice.

At 9 p.m., there was still a steady stream of passenger traffic passing by the non-cushion-y chairs without stuffed ottomans of baggage claim.

By 1 a.m., there were people cleaning and a few inexplicable passengers wheeling out with their luggage.

By 3 a.m., people were starting to show up for early morning flights.

In addition to the relative quiet of a corner in baggage claim was a well-hidden restroom that contained an immaculately clean handicapped stall larger than some hotel rooms I’ve enjoyed. At 3 a.m., there was little risk of inadvertently displacing a more worthy occupant, and it provided a perfect place to clean up as much as possible before joining the humanity that had the good sense to either live closer to the airport or to pay for a hotel room with an associated shower.

Somewhat refreshed from the palatial restroom stall, I returned to the comfort and device-charging luxury of the chairs and ottomans on the third level, where it was immediately apparent that I was hardly alone in camping overnight at the airport.

At 4:25 a.m., the security check to the airsides opened. Ten minutes later, the TSA Pre-Check security gate opened. Having cleared that hurdle in mere seconds, a coffee shop was the first stop for coffee and flight snacks. As the statistics indicated, the flight took off on time and we arrived in New York  in time for the morning rush hour.

Tampa has the best airport in the nation. It is a draw for everyone from active retirees to travel-conscious Millenials, a demographic every city is working to attract. As nice as it is, however, I don’t think I’d want to live there.

For unofficial information about overnighting in airports, visit sleepinginairports.net.

For those who travel even a few times per year, TSA Pre-Check is an excellent service that greatly reduces airport stress and effort. For information visit, tsa.gov/precheck.