What would you do if someone began shooting in a crowded room?

Thinking ahead: What to do in an active-shooter situation 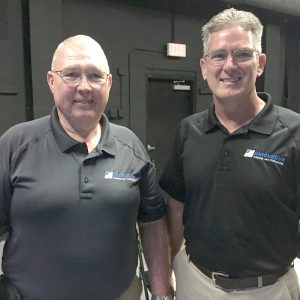 Almost everyone in southern Hillsborough County knows or has heard about Ron Hartley. The former Hillsborough County Sheriff’s Office Dist. IV commander retired as a colonel in January, but his long-deserved days of relaxation and recreation were short-lived.

Earlier this month, Hartley and retired HCSO Capt. Andrew Ross, founders of Innovative Training and Consulting, presented an Active Shooter Workshop at the Firehouse Cultural Center in Ruskin. Sponsored by the SouthShore Chamber of Commerce, the event was specifically aimed at informing chamber members about the nature of mass shootings and the options they have should they ever be involved in an active-shooter incident.

“These are things you should do to make your survival chances higher,” Hartley said in his opening remarks. “Your chances of being involved in an active shooter incident are less than winning the lottery, but people do win the lottery.”

Ross covered numerous topics during the four-hour workshop, stopping occasionally for questions or comments from the audience of about 40 attendees. These included trends of mass shootings; shooter motivation and ideology; pre-attack behavior; the decision-making cycle, which happens anytime anyone is involved in a shooting incident; how to react, what to do, what not do; understanding police response; the armed citizen and more.

According to a recent FBI study, mass shootings are escalating, Ross said. There were 160 active shooter incidents between 2000 and 2013 in which 486 people died and 557 were wounded. All but two involved single shooters, and 60 percent ended before law enforcement arrived.

“Most are over in five minutes or less,” Hartley said. “You don’t have time to sit and formulate a plan.”

It’s a matter of life and death, Ross added.

“You’re kind of on your own, so what you know about what you can do increases your survivability and possibly that of others,” he said.

Surprisingly, most weapons used in these attacks are legal, and most of the shooters had no criminal background. So it’s important to recognize pre-attack behaviors like development of ongoing grievances, inappropriate or recent acquisitions of multiple weapons, intense fascination with mass attacks and recent personal losses. Taken together, these things could become factors leading to an active-shooting incident, Ross said.

“The goal is to kill as many people as possible as quickly as possible,” Hartley added. “You’re not dealing with rational people. A lot of these people tend to hide their crazy.”

So what can you do? 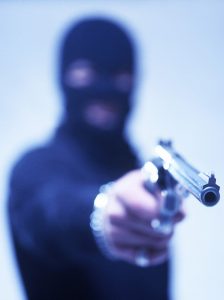 Both trainers stressed the importance of being aware of any environment you’re in, including the location of exits, being positioned so you can see a threat coming through the door and mentally knowing where you’d go if a shooting began.

The first and foremost option is always to run, they said. Leave your belongings and others behind, if they’re not willing to come along.

Don’t try to rescue the injured. If you do, you’ll be shot, Ross said. Call 911 when safe. When the police arrive, keep your hands visible and follow their instructions.

The second option is to hide. Cover is always preferred to concealment, Ross said. Never hide in a place that restricts your movement or locks you in. Barricade the door with heavy furniture or anything that would delay or impede entry into a room or office. Silence your cell phone, and leave the line open. Remain calm.

Finally, if evacuating or hiding isn’t possible, fight. Attempt to disrupt or incapacitate the shooter. “Never beg for your life,” Hartley said. “Remember, the shooter wants to kill as many people as possible.”

When outside and able to call 911, provide your location and that of the shooter; advise the operator if there is more than one shooter; give a physical description; and report the number and type of weapons and the potential number of victims. Stay away from the scene. Let the police do their jobs.

“Not only do I feel safer and more informed after hearing this presentation, I feel a responsibility to pass what I learned on to my friends and loved ones,” said Melanie Morrison, executive director of the chamber and event host. “Nobody ever wants to talk about this subject, but unfortunately it’s becoming one that’s more and more relevant in our lives. It’s important to think about it now so you can be prepared to act later.”

Innovative Training and Consulting offers workshops customized to any business, civic group, church or nonprofit organization. If you’d like to learn more about active shooting incidents, workplace violence, loss prevention and a range of other topics, visit itcflorida.com, or call 813-988-7765.