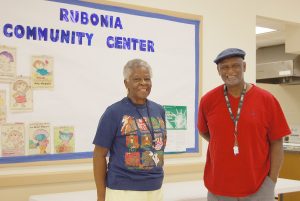 The residents of Rubonia will see a lot of improvements in their community in North Manatee County if funding from the federal government is approved.

The Manatee County Commission voted Tuesday, Aug. 23, 2016, to send a request to the Department of Housing and Urban Development for funds to help implement the Rubonia Neighborhood Action Plan.

The commission hired the consulting firm, WadeTrim, to complete a multi-month study of the historic black community. 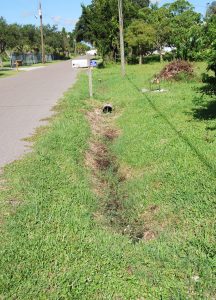 If federal funding is approved, a major project will be the redesigning of the drainage ditch system along the roads of Rubonia.

Residents were surveyed and had their input considered for the plan that was presented to the commission on Tuesday.

The plan called for sidewalk construction, road improvements, housing rehabilitation, an updated drainage system, and improvements and upgrades for the community center.

“The county has looked at the costs to make these improvements,” said Debbie DeLeon, a coordinator with the county Neighborhood Services Department.

“But we lost a funding opportunity because of the 2010 census,” DeLeon said.

With all of the new housing development in the census block, Rubonia became ineligible for Community Redevelopment Block Grant (CRBG) funding for those improvements under HUD.

HUD requires the population of an area to be 51 percent or more low to moderate income.

The Neighborhood Services Department decided to do another census in April that covered only the Rubonia community and submit those numbers to HUD in hopes they will approve the funding based on the CDBG provisions for slum/blight conditions and income levels in the neighborhood, DeLeon said. 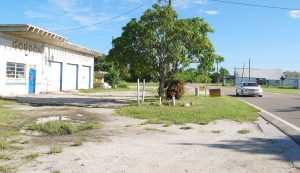 Rubonia had a thriving business district along its main street, Bayshore Road, up to the mid-1980s, including a post office, two grocery stores, an automobile repair garage and packinghouses. All that remains are three boarded-up buildings.

The Rubonia community was settled in the early 1900s by black laborers who worked in the vegetable fields on Terra Ceia Island and north of Palmetto.

The WadeTrim study found a population of 236 people living in 141 housing units.

The majority of the homes, 68 percent, are owner-occupied and the average length of residence is 26 and one-half years.

The annual average income of the Rubonia residents is $23,583, which is considered poverty-level according to the Department of Health and Human Services guidelines, the study showed.

One of the major issues the residents said they have living in Rubonia is flooding of their yards and homes after a heavy rainstorm, especially during high tide because of the proximity of Terra Ceia Bay.

The drainage system in the community consists mostly of ditches, grass swales and culverts directing the storm water into a creek that flows into the bay. 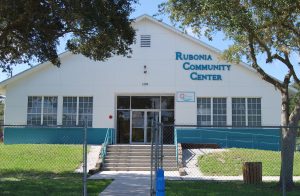 Manatee County government applied for federal funding to expand the programs offered at the Rubonia Community Center. Some of the money also will be used for improvements at the center.

Although underground storm water pipes may not be practical because Rubonia is in a flood plain, CDBG monies can be used to improve the ditch/swale drainage system.

“There are specific requirements for what the money can be used for,” DeLeon said. “The community may not qualify for ditch replacement, but may qualify for maintenance of the ditches.”

Another area where the residents wanted funds to be expended was on the Rubonia Community Center.

“The CDBG funds will allow us to provide more programs at the community center,” said Morris Goff, program coordinator at the center. “And also make more improvements.”

Goff said he would like to upgrade the basketball court with lighting, install a beach volleyball court and hire more staff.

The community center was reopened this summer after being closed for several years.

The county commission chartered Rubonia Community Association to organize and run a six-week summer program for children 6 to16 years of age. 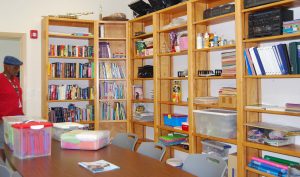 Morris Goff shows off the library and art room at the Rubonia Community Center.

They offered tutoring, a reading program, arts and crafts and a culinary arts program, Goff said.

If HUD approves the CDBG funds, he said he would like to expand the programs to include seniors.

They also plan to offer English as a Second Language classes, Brown said.

The study found 35 percent of Rubonia residents identified themselves as Hispanic or Latino.

HUD has 45 days to approve or deny the funding.

A link to the Rubonia Neighborhood Action Plan can be found HERE online.