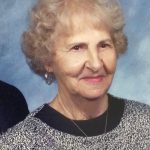 Services will be held at National Cremation and Burial Society, Ruskin, Fla. at 11 a.m. on Tuesday, Aug. 23. Online condolences may be expressed at nationalcremation.com/location/ruskin.

Susan E. Jackson passed away on August 11, 2016, from complications of a stroke following hip surgery after a fall. She was 61 years young.

Susan is predeceased in death by her parents Gilbert and Janet Olewine of Sun City Center. She is survived by her husband Dennis and son Graham of Ruskin and daughter Jennifer Kerr and her husband Nathan of Clarksville, Tenn. Extended family includes Helen Olewine, Mary and Gene Snyder of Pa., Jean Jackson of Nev., Kim Jackson and Charles Sanders of Valrico and Bill Jackson of Calif.

Susan operated a licensed family day care for over 30 years and touched the lives of many in her community. She was a loving mother and wife and will be missed daily by her family and friends.