Country singer is thankful for his Florida roots 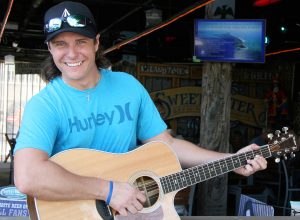 Country singer Eric Von, born and raised in the small fishing village of Cortez just west of Bradenton, remains humbly grateful for his Florida roots and for the opportunity to continue to play music for local audiences. “I like playing the local venues and connecting with the local people,” said Von. “This is where I come from, and these are the people who have helped shape my career.”

Though he has performed around the U.S. as part of several national country acts, Von still plays regularly around Bradenton, Sarasota and Holmes Beach. On Veteran’s Day, he will appear in a special performance at the Ruskin VFW Post 6287, host of the community’s signature event ­— the annual Veteran’s Day parade. “I feel blessed that I am able to do what I love the most,” said Von. “I have God, my family, friends and fans to thank for that.”

Von’s hometown, Cortez Village, is on the National Register of Historic Places and has preserved much of what could be considered “old time Florida.” Nestled on the sparkling waterfront of Sarasota Bay, it is one of the last remaining fishing villages on Florida’s southwest Gulf Coast. The working waterfront is near area beaches, fishing piers and shops, and is also the place to go for jet skiing, kayaking and parasailing. The tiny fishing village even has its own Florida Maritime Museum, housed in a restored historic 1912 schoolhouse that sports an impressive collection of ship models and historic boats. 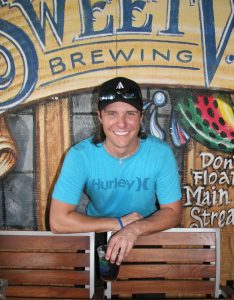 Von takes a break from his gig at Island Time Bar and Grill in Bradenton Beach.

About his hometown of Cortez, Von laughs and said: “We’re a drinking village with a fishing problem.” One of three boys, including one older brother and a twin brother, he speaks fondly of his childhood growing up along Florida’s Gulf Coast. “Being raised a stone’s throw from the water, I enjoy almost anything that involves the water. My favorites are surfing, diving and fishing, but of course, my real passion is music.”

Von still performs weekend gigs at Cortez Kitchen, the center of the historic fishing dock, where he started working at the age of 14 as a dishwasher. “I was lucky that I got such an early start, and by the time I was fourteen I was performing professionally,” said Von.

He says one of his proudest moments came in 2008 when he was named the winner of Kenny Chesney’s “Next Big Star” contest for the Tampa area and won the honor of playing in front of 13,000 people at the Ford Amphitheater in Tampa.

Yet despite having worked with some of America’s greatest musicians and songwriters, (opening for performers like Kenny Chesney, Miranda Lambert, Jake Owen, Aaron Tippin, Casey James and John Anderson), Von has never gotten “too big for his britches.”

“A lot of people step on stage for a lot of different reasons, but when I step on stage it’s so I can be me — Eric Von — and I thank God every day that I get to do what I do.” 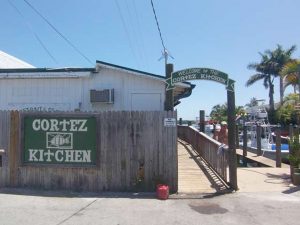 Von still performs weekend gigs at Cortez Kitchen, the center of the historic fishing dock, where he started working at the age of 14.

Von has written and released two CDs, including a single that reached #64 on the Nashville Music Row Breakout Charts titled “I Can’t Help But Smile.” And when you see him on stage, singing, playing and flashing an enigmatic smile at the crowd, it’s clear he can’t help but spread his joy of music to his fans.

Eric Von’s upcoming local shows include performances at the Margaritaville “Porch of Indecision” Universal City Walk in Orlando, Jake’s American Bar at the Loews Royal Pacific Resort, Island Time Bar and Grill in Bradenton Beach and The Ugly Grouper in Holmes Beach. He will be at Cortez Kitchen Friday, Aug. 19. For a full calendar of events and original CDs for sale, visit ericvonmusic.com.