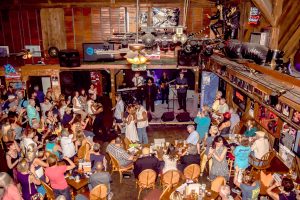 Souliz, featuring Sugar and Spice, plays to a packed house. The Souliz band ultimately won the International Blues Challenge and will be heading to compete in the national competition in Memphis next January.

This past Sunday, 10 skilled and soulful local blues bands competed to win the Suncoast Blues Society’s International Blues Challenge for a chance to compete with national acts in Memphis, Tenn., early next year. The International Blues Challenge event was held at Aces Lounge for the second year in a row, although the SBS has held the event for nearly 20 years at different locations.

The SBS is Southwest Florida’s “Blues Affiliate,” which means they can legitimately hold IBC competitions and send the winners to a national competition organized by The Blues Foundation of the United States. Money raised from the SBS and the IBC event help to pay the band’s travel and performance expenses in the national competition. This year’s winner — The Souliz Band featuring Sugar and Spice — will face off against other IBC winners from different areas of the country at the end of January 2017, in a week-long music festival in Memphis’s Beale Street music district. 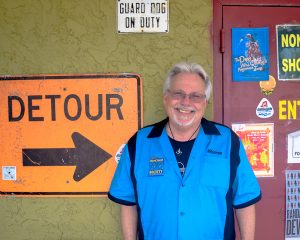 Warren McDougle, the public relations representative for the Suncoast Blues Society, has been with the organization for about seven years. He loves working the International Blues Challenge events because they promote blues music, and he especially enjoys “trying to make [the blues] available to different generations.” McDougle talked excitedly about some of the competing bands, saying, “Earlier, we had a very young band, all of them in their early 20s, and they were playing some great blues music. Keeping the blues alive is what our organization is all about.” 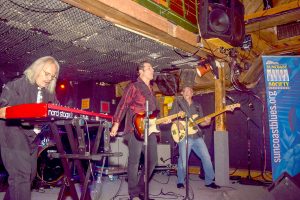 ANDREA SHAY PHOTOS
The Alex Lopez Xpress hit the stage midday. Fans can often catch them playing at venues in Clearwater and Tampa.

To find out more about the Suncoast Blues Society, the Blues Foundation or the International Blues Challenge, visit suncoastblues.org, bealestreet.com/international-blues-challenge.html or blues.org.

To find out more about the Souliz Band, their performance dates or their trip to Memphis for the next leg of the International Blues Challenge, visit thesoulizband.com or facebook.com/thesoulizband.

ANDREA SHAY PHOTOS
The Alex Lopez Xpress hit the stage midday. Fans can often catch them playing at venues in Clearwater and Tampa. 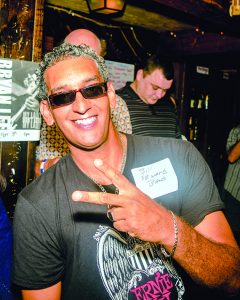 The Billy Seward Band played the closing performance for the event. Here the band’s bass player poses and relaxes during another band’s late-afternoon performance.