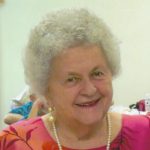 She is survived by her husband, Charles Atwood. Charles and Ann have been married for 61 years. They were married April 16, 1955.

In lieu of flowers, donations would be appreciated to the American Cancer Society. 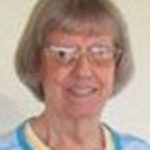 Barbara A. (Davis) Champagne, 82, of Sun City Center, died Monday, July 11, 2016. A native of Lowell, Mass., she moved to Sun City Center in 1992. She was an Industrial Specialist with the Federal Government, a volunteer member of the SCC Security Police Patrol and a member of the Prince of Peace Catholic Church.

A Memorial Mass will be celebrated in her memory at Prince of Peace Catholic Church on August 18, 2016 at 11 a.m.  Please sign the online guestbook at www.StowersFH.com.

He served in the Army and was stationed in Korea as a Second Lieutenant. He was a signal corps instructor who ended his military career as a Captain.

He retired from the Bank of America after working in both Los Angeles and San Francisco. He moved to Sun City Center, Fla., from Richmond Va.

He loved the beaches, the sun and his two dogs. He will be greatly missed by his sister, nephews, and his best friend from college, Rex. 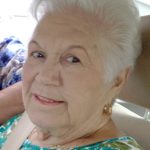 She was born January 29, 1932, to the late Gertrude Kargas (Sprunk) and Harry C. Gray II. Born and raised in St. Petersburg, most of Betty’s life was spent in Florida. She had a very successful career in restaurant management, retiring from Baptist Medical Center in Jacksonville. In Sun City Center she had many dear friends who brought her lots of joy. She really enjoyed spending time with friends and family. Betty loved eating quality food and was a great cook. She was very patriotic. She loved gardening and collecting clocks and holiday cards. She was creative, painting seascapes and making ceramics.

She was preceded in death by her husband, Albert Hendricks, and her dear son Michael. It was her decision not to have a service. She is deeply missed by family and friends. 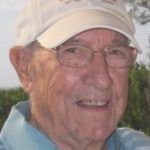 Bob was a U.S. Army Veteran of World War II. He was a truck driver (aka Soapy) for over 40 years, retiring in 1983 from Maislin Trucking Company.

A Memorial Mass was held on Wednesday, August 10 at 11 a.m. at Prince of Peace Catholic Church. 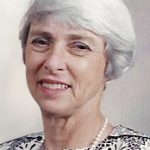 Karen L. Lundeen “Connie,” 83, of Sun City Center passed away July 12, 2016 at the LifePath Hospice House in Sun City Center. She was born in Wadena, Minn., January 1, 1933 to parents Egil and Morna Wefald. Connie had two sisters: Joan Norton and Jane Riddle (Howard) deceased. Connie graduated from Fergus Falls, Minn. high school and the University of Minnesota with a degree in Occupational Therapy.

Connie married husband Larry, September 14, 1957 and had a wonderful 58 years of life together. They had two children, Leslie and David. The young Lundeen family moved to Clearwater, Fla. in 1964 when Larry transferred with Honeywell from Minneapolis to St. Petersburg.

Connie became active as a painter studying under William Pachner, and later with a group of friends helped start Studio 1212 in Clearwater. Connie also became an enthusiastic, competitive pram sailor winning many awards, first with the Clearwater Windlasses, and later with the Pass-A-Grille Yacht Club Broad Reachers. Connie became a weaver and was active with the Pinellas Weavers Guild and in later years with the Sun City Center Weavers Club. She studied old Norwegian weaving technique and one year won 1st place and Best of Show at the Florida State Fair.

Our family has many beautiful memories of Connie’s work, weaving rugs, tapestries and place mats.

For many years, the Lundeen’s loved living on Florida’s Gulf Coast and sailing the coast of Florida with their boats.

They later traveled in their RV visiting all the beautiful states in our country with several trips through Canada and Mexico.

In 2008, Connie and Larry moved to Sun City Center after living on St. Pete Beach for 19 years. Connie was so accomplished and excelled in everything she did including living with Type 1 Diabetes for 64 years. She did it with discipline, diet, exercise and by cooperating with her doctors. We controlled her Diabetes but could not stop cancer.

In lieu of flowers, the family requests a donation to the American Diabetes Association or the LifePath Hospice House of Sun City Center, 3723 Upper Creek Dr., Ruskin, FL 33573. 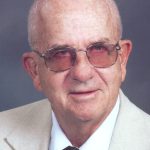 Edwin L. Myers died peacefully at Aperion Care on July 20, 2016, in Kokomo, Indiana at the age of 88. Captain Myers was formerly a U.S. Navy Pilot, and Chicago Public School teacher/administrator. He completed graduate degrees from Northwestern University in Child Guidance and Educational Administration. Throughout his life, Ed enjoyed fishing and tennis. In retirement he took pride in the Organ Club, the Men’s Choir and pickle ball in Sun City Center, Florida.

Edwin is survived by his son Robert E. (Stacey) Myers of Muncie, Indiana; one daughter Laura A. (Keith) Stamper of River Grove, Illinois; grandchildren Savannah and McKenna of Muncie,Indiana.

He is preceded in death by Barbara A. Myers of Deerfield, Illinois, father Edwin L. and mother Fannie M. Myers of Chicago; also two sisters Margaret Riedel of Lombard, Illinois and Susan Eng of Harris, Minnesota.

A memorial service and military service is scheduled for 2 p.m. Saturday, August 13, 2016, at High Street United Methodist Church, 219 S. High Street, Muncie, Indiana.  Pastor Dale Mendenhall will officiate. A visitation will be from 1 to 2 p.m. All are welcome to attend and celebrate.  In lieu of flowers, please send donations to High Street UMC Foundation at 219 S. High Street, Muncie, IN 47305.  Ellers Mortuary, Kokomo, Indiana is handling arrangements. You may read Ed’s obituary at ellersmortuary.com where you can sign the guestbook or share a personal message to the family.