Thomas Buck Sr. was born in Philadelphia, Pennsylvania in 1925 and passed away on July 22, 2016. He is survived by his wife of 69 years, Marion Buck, son Thomas Buck Jr. (Robyn), grandchildren Daniel Buck, Johnny Traum, Christopher Traum, Andrea Thomas, and Thomas Buck III, and four great grandchildren.  He went to war out of high school and became a Veteran of the China Burma India Campaign. After he returned from the war he went to work for the Philadelphia Fire Department. He retired after 20 years, moved to Port Charlotte, and then Sun City Center, Fla.

In lieu of flowers select your favorite charity. 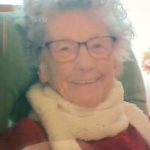 Helen Louise Esch Fernon was born in Michigan on February 10, 1920, and passed peacefully in Sun City Center, Florida, on July 20, 2016. Helen was a nurse for many years and told funny stories about how she healed her patients by keeping them laughing. She spent much of her life in Michigan and then relocated to Sun City Center in the mid-1980s. She is survived by her husband, R.C. Fernon, her grandchildren, Theodore and Melina Fernon, and various family members including Julia and Robert Shafer, Clark and Patricia Fernon, and members of the Germond, Bills, Kennedy, Esch, and Aring families. Per her wishes she is to be buried in Beulah, Michigan near Ellsworth Esch. In lieu of flowers, please send donations to C.A.R.E. Animal Shelter in Ruskin, Fla.

Emily was born in Aquara, Italy on July 10, 1927 to parents Antonio and Theresa Inglesa. She married World War II veteran, Vincent A. Marino of Poughkeepsie, N.Y. In 1947, she arrived at the N.Y. harbor and settled in Poughkeepsie and later in Wappingers Falls, N.Y.

Emily grew up on a farm in Italy and was a master gardener and seamstress. She was a natural born Italian cook and loved cooking for all who met her. She loved attending Mass and taking care of cat, Bella. 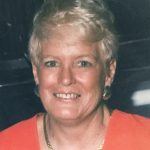 Roslyn Grove Puzio, 79, of Sun City Center, FL, formerly of Goshen, NY, passed away peacefully on Thursday, July 21, 2016 surrounded by family at South Bay Hospital in Sun City Center, FL. She was known to most as “Roz”, adored by her husband as “Cupcake”, “Buttercup”, and “Coach” and her grandchildren called her “Grandma Puz.”

Roslyn was born March 12, 1937 in Montreal, Canada. She was the daughter of Arthur Grove Forman and Isabel (Dickinson) Forman, both first generation immigrants from England who predeceased her. Roslyn graduated from Sir George Williams University in Montreal with a degree in Business Management. In 1969 she was working for Domtar when she met Ted Puzio, who was also working in Montreal at that time on a temporary assignment from NJ. In 1970, Roslyn and Ted married, and Ted’s new assignment moved them to the United States. They built a home in Goshen, NY and spent 25+ wonderful years there raising their family. They had five daughters: Susan, Janet, Linda, and the twins — Natalie and Thaddea.

Roslyn was a homemaker, including lunchroom monitor at St. John’s Elementary, and she had a successful career working for various Home Party Planners. Her ability to lead and motivate others, set goals, be organized, and have fun were the perfect combination for success. The pinnacle of her career was with House of Lloyd where she was named #1 Supervisor out of 1,200 nationwide. She earned many travel awards, and Roz and Ted were able to travel the world courtesy of House of Lloyd. Over a span of 15 years they traveled to: Africa on safari, Alaska, China, Greece, Hawaii, Japan, and other locations. They even brought their daughters on a few of the trips.

Roz was loving, generous, compassionate, creative, and a real doer. She loved to work in the vegetable garden, plant flowers, sew, do crafts, help a friend in need, host large family gatherings, and simply spend time with family, including annual summer vacations to the beach and annual trips back to Canada to visit her parents. She loved board games and was one heck of a card player, and all the grandchildren loved to challenge her to a game of Cribbage, Sequence, or Scrabble.

Roslyn is survived by her loving husband of 45 years Thaddeus (Ted) J. Puzio; five daughters: Susan Bossley and her husband Rick of Montgomery, NY; Janet Yavener and her husband Bernie of Buffalo, NY; Linda Prinzi and her husband Frank of Lake View, NY; Natalie Corcimiglia and her husband Tom of Wayne, PA; and Thaddea Dreyer of Wayne, PA; 11 grandchildren: Laura, Elizabeth, Alyssa, Jeremy, Ryan, Madison, Christopher, Clay, Nathan, Sky, and Isabel; four great-grandchildren: Christopher (CJ), Bella, Declan, and Clark; and her brother Kenneth Forman and his wife Joan of Montreal, Canada. All will miss her greatly. She is also survived by her sweet dog O’Dee who was her favorite furry companion.

A funeral mass will be held at 10:30 a.m. on Saturday, August 13, at the Church of Saint John the Evangelist, 71 Murray Avenue, Goshen, NY. The burial will follow at the Orange County Veterans Memorial Cemetery, 111 Craigville Road, Goshen, NY. Arrangements under the care of the Donovan Funeral Home, Inc., Goshen, NY, donovanfunerals.com.

A resident of Florida for over 20 years, Frances moved to Bradenton from Canton, Ohio. A nurse by profession, she explored different avenues of nursing but established her vocation in psychiatric nursing.