It’s the season for babies at Lowry Park Zoo

It’s the season for babies at Lowry Park Zoo 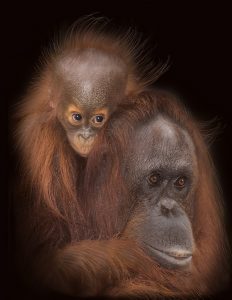 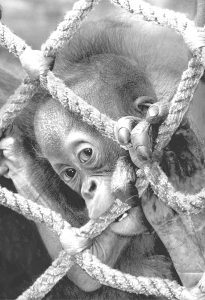 This is the time of year for “babies” and there were some fantastic ones at a recent trip to the Lowry Park Zoo off I-275 in Tampa.

I made an appointment to photograph some of the zoo’s interesting new additions, and the portrait of the mother and baby orangutan was one of the most exciting photos I took.

The portrait is named Precious, which I named because of conversations I had with the zoo’s Chief Advancement Officer Mark Haney in setting up the appointment for the photos.

I asked, “Do you have any new additions at the zoo?” and the response was “Yes, we have two adorable orangutan babies and they are just precious!”

The baby in the portrait is named GoJo, which is a combination of the father’s name, Goyang and the mother’s name, Josie. GoJo’s birth was almost miraculous because he was presented breech and was not going to survive, but Josie, an experienced mother who had three other little ones, was quite capable of handling the birth.

There was a complete medical staff in attendance during GoJo’s birth, but they would not have intervened unless it is was absolutely necessary. Josie gave birth, and she knew exactly what to do.

Also pictured is another baby orangutan named Topi, which means “Hat” in Indonesian. 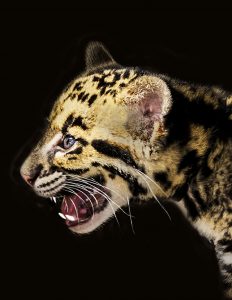 Two other babies were photographed as they were on an outing with their caretakers. They are clouded leopards and are very rare with only about 10,000 left in the wild. The father pictured is named, Yim, and he resides in a beautiful jungle-like habitat with trees and climbing areas.

Zoos today are beautifully designed and very well kept. The Lowry Park Zoo has open-air habitats for the animals and also caves where the animals can go for peace and quiet.

The portraits shown here will be donated to the Lowry Park Zoo as decoration for their new Development Center.

The portrait named Precious just received a perfect score by the judges in the last Photo Club of Sun City Center’s competition.

Precious will be in competition in the Florida Camera Club Council this month. The portrait was also on exhibit during July at ArtCenter Manatee in Bradenton. Many other photographs will be on display through August at the Sun City Center Chamber Of Commerce office. The name of the exhibition is “Kaleidoscope” and features animals, people, birds, rodeo and the Thunderbirds at MacDill Air Force Base. 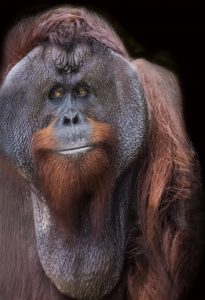 Goyang, the father of the newest orangutan baby, GoJo. 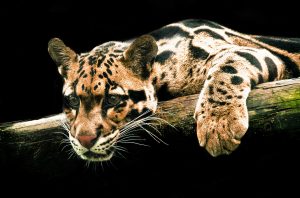 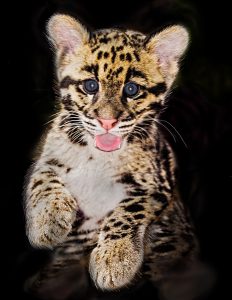