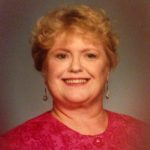 Mary Jane Haley, resident of Freedom Plaza in Sun City Center, Florida, peacefully passed away on June 10, 2016.  Mary Jane was born in Manchester, Tennessee on August 18, 1938.  She was preceded in death by her parents Joseph Carter and Kathryn Shields Haley, and is survived by her brother Robert J. Haley, her sister Elaine Haley Alles (Fred), three nephews David Haley, Robert Alles (Melissa), and Mark Alles (Jessica), one niece Kristen Haley, and seven grandnieces and grandnephews, Genevieve Susan Haley Wilson (David), Kaleb, Skyler, Katelyn, Sydney and Hannah Alles (Robert) and Ethan Alles (Mark).  Mary Jane attended Central High School in Manchester, Tennessee where she was Salutatorian in her graduating class.  She attended David Lipscomb College, completed her Bachelor of Science Degree from the University of Tennessee, her Master’s Degree from Middle Tennessee State University, and did other Post Graduate studies.  Mary Jane’s career began as a High School Mathematics and French teacher in Manchester, Tennessee and in Titusville, Florida.  She progressed to federal support activities in the field of Computer Science, holding managerial and technical positions with McDonald Douglas, the Rand Corporation, and NCR.  She moved from the private sector, taking similar Computer Science positions with the Social Security Administration, and then completed her career working with the Defense Communications Agency, a Washington D.C Department of Defense activity. During her life, Mary Jane’s career enabled her to live and enjoy many locations such as Saint Louis, Santa Monica, San Diego, Philadelphia, Baltimore, Washington, DC, and Reston, Virginia.  After retiring from DOD, she lived in Sun City Center, Florida, at Kings Point, and then Freedom Plaza, where she served with her fellow federal retirees in officer positions with the National Association of Retired Federal Employees (NARFE).  Mary Jane loved to travel, her most recent, a trip to China.  Mary Jane was an avid reader, and enjoyed playing duplicate bridge, in which she greatly excelled, earning many contract bridge master points.  Burial will be next to her parents at Rose Hill Memorial Gardens near Manchester, Tennessee.  A Celebration of Life service will be held at 3 p.m., on 23 September at the Forest Mills Church of Christ.  Ray Marcrom, former student and friend of Mary, will be officiating.  In lieu of flowers, donations can be given to your local Heart Association or American Diabetes Association in memory of Mary Jane Haley. 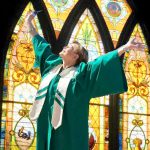 Cynthia Portmann Kramarsky, 68, of Delhi, N.Y. and Sun City Center, Fla. passed away on June 5, 2016. Ms. Kramarsky was born October 27, 1947 in Elyria, Ohio to Adam Frederic and Sylbia Deavenport Portmann. As a young child she lived with her family in Corinth, Miss., and graduated as valedictorian of Gregory-Portland High School in Gregory, Texas in 1965. She was cited by the Texas Legislature as an Outstanding Young Texas Woman. Cynthia attended Southwestern University in Georgetown, Texas and graduated with a Bachelor of Arts degree in History and Government from the University of Texas in Austin in 1969. Following college, she worked for the Federal government in Dallas, Texas and Washington, D.C. and retired as a senior analyst with the U.S. Merit Systems Protection Board in 1997. Cynthia was married to Bob Handly in Dallas, Texas for 14 years, then to David Kramarsky of New York City, also for 14 years. Upon retirement, she and David lived aboard their yacht, “Godspeed” for several years, and traveled extensively throughout the world. Although Ms. Kramarsky loved life and traveling, she loved her family (including her dogs) and friends most of all. They will miss her joy, her smile, her courage and her enthusiasm. She is survived by her brother, Christopher Portmann, and her niece and nephew, Ashley and Adam Portmann. 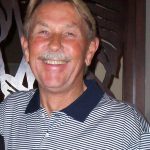 Leonard Terrence “Terry” Stanton, 66, of Sun City Center passed away peacefully on Monday, June 13, 2016. Terry was a positive and energetic person with a generous and helpful heart. He worked in the Tampa/Orlando area for over 30 years as a mechanical contractor and helped build such landmarks as the Florida Aquarium and the Tampa Convention Center. In recent years he owned an architect/engineering consulting business. Terry was a former coach at East Bay Little League and a member of the Apollo Beach Golf Club. He was born April 14, 1950 in Syracuse, N.Y.  He is survived by his loving wife Nancy, his parents Betty and Len Stanton, of Sun City Center, and son Blane.