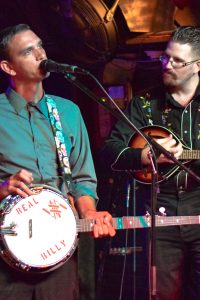 This weekend, Cortez Kitchen featured Twinkle and Rock Soul Radio while Ace’s Live showcased a taste of Americana and punk with a lineup of 3 bands—Faceless Bandits, Dealbreaker and the BJB, also known as the Bloody Jug Band. 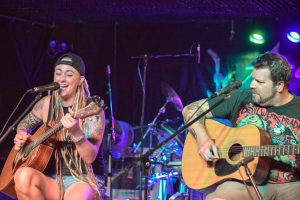 Cortez Kitchen offers a casual, tiki hut/crab shack atmosphere on the water and is located in the heart of Cortez Village, a historic fishing community. Kristin McCoy, a Cortez Kitchen employee for 17 years, has stayed because of the people and the atmosphere. She views what they do as important to the local community; unlike many restaurants, they still source their seafood from the village’s local fisheries.

Every weekend, Cortez Kitchen hosts live music including local favorite, Twinkle and Rock Soul Radio. Singer and keyboardist Twinkle Yoachim has played with world-class artists such as Rod Stewart, Aerosmith and many others, but despite the band’s talent and notoriety, they remain humble, accessible and dedicated to their fans.

Twinkle and Soul Rock Radio welcome requests—the audience was up and dancing as soon as they heard the opening riff to “Jumpin Jack Flash” after a request for more Rolling Stones. Throughout the night, the band mixed originals with rock n’ roll classics. Twinkle kept things light with anecdotes sprinkled in between songs, and bassist Tony LeClerc — Twinkle’s half-brother — teased her on stage about her teenage crush on Eddie Van Halen. 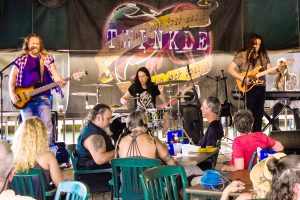 As the music was wrapping up at Cortez Kitchen, it was just getting started a couple miles east at Ace’s Lounge. Ace’s serves southern-style cooking along with a lineup of bands on the weekends. Saturday’s headlining band — the BJB or Bloody Jug Band — fuses elements of traditional Americana, such as the washboard, jug, mandolin and harmonica — with the quick and heavy percussion and distortion of hard rock.

Rick Lane, who plays harmonica for the band, says they’ve been called everything from country to “swamp noir,” and that they originally named themselves the “Bloody Jug Band” to emphasize their hard rock sound. Just before the BJB took the stage, the Faceless Bandits performed. They’ve been classified as old country, bluegrass, rockabilly and punk-rock fusion. David Lester, the band’s upright bass player, dubbed the Faceless Bandits’s genre “sawgrass”— bluegrass-style music with a Florida twist.

The opening band, Dealbreaker, is known as a pop punk band, but played an acoustic set without their drummer or bass player Saturday, offering a rare combination of an “MTV Unplugged”-style sound blended with powerhouse female vocals like those of Amy Ray of the Indigo Girls or ’80s legend Pat Benatar.

Both Cortez Kitchen and Ace’s Lounge advertise their upcoming shows on their websites. Twinkle and Rock Soul Radio’s upcoming shows can be found on ReverbNation.com, the BJB’s summer shows are listed at www.BloodyJugBand.com, and the Faceless Bandits and Dealbreaker offer new show dates and information on their Facebook pages. 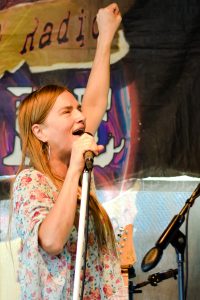 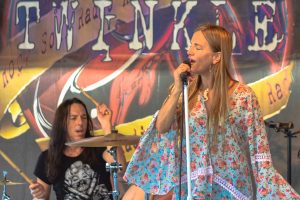 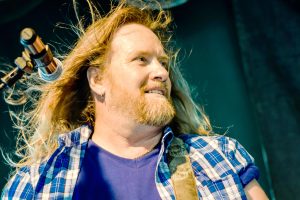 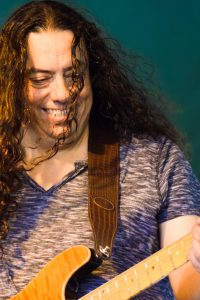 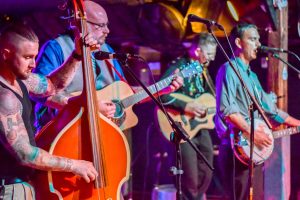