A crazy collision of life and death 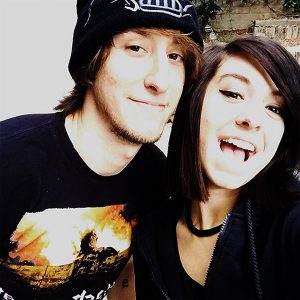 Christina Grimmie’s brother Marcus, is being called a hero for wrestling the gunman to the ground and preventing further loss of life.

It was an unusually gray day, I thought, especially considering the perpetually sunny skies I had grown accustomed to in my two years of living in Florida. I was driving east from Tampa across I-4 to visit my mother near Orlando, looking forward to celebrating the momentous occasion of her 90th birthday. Yet despite the joyful event, my heart felt heavy. Just 20 minutes before, I had learned of the tragic and untimely death of 22-year-old Christina Grimmie, whose journey in 2014 on the TV-singing show “The Voice,” I had followed eagerly and religiously.

Christina had reportedly been shot by a deranged fan after giving a concert in Orlando, and had died in the early morning hours in the very city where I was currently headed. I felt an oppressive lump growing in my stomach as I drew nearer to the city, remembering the image of the perky, pretty, petite singer, who had astounded both judges and audiences on “The Voice” with her raw and rare talent.

I pondered the irony of the fact that I would be celebrating my mother’s long life ­— a life that had survived America’s Great Depression, WWII and the Vietnam war, (not to mention the daunting task of raising seven children) on the very same day that this sweet, talented young lady had her life cut short before it had barely begun. “This is crazy,” I thought to myself. “Just crazy.”

I had become a fan of Grimmie the very first time I saw her audition for the judges on “The Voice.” Just a little wisp of a girl, she had astonished audiences with her creative covers of popular artists, versions that sometimes caused the originals to pale in comparison. I admired the fact that, as a teen, Christina had brilliantly engineered her own rise to fame, performing on YouTube and garnering millions of views online.

I bought all of Christina’s performances in iTunes, and found myself eagerly looking forward to her weekly appearances on “The Voice,” even planning my social activities so as not to miss a single minute. 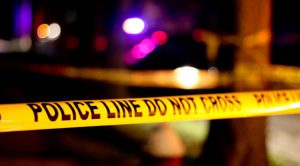 Christina was signing autographs for fans last Friday night at The Plaza Live, a popular Orlando music venue, when the gunman, 27-year-old Kevin Loibl walked up to her and opened fire. Christina’s brother, Marcus, immediately wrestled the man to the ground. Loibl then killed himself during the ensuing struggle. Christina died of her injuries at about 3 a.m. Saturday morning.

Fans and friends of Christina were quick to post messages of shock and mourning on social media. “I’m stunned and disgusted and heartbroken that we lost this sweet little girl,” tweeted Blake Shelton, a celebrity host on “The Voice.”

“I’m sad, shocked and confused,” wrote her mentor, Adam Levine. “This just isn’t fair.” Selena Gomez tweeted a photo of the two girls together, writing: “My heart is absolutely broken. I miss you Christina.”

I tried to shake off my feelings of gloom as I pulled up to the Harborside Restaurant, where a group of 14 of my mother’s closest friends had gathered for a luncheon to celebrate her 90 years on Earth. It occurred to me that June 11, 2016 would always evoke mixed feelings for me, but at this moment, I focused on my mom, who was basking in the joy of the day and being showered with cards, gifts and flowers. Later there would be a family dinner, birthday cake and late night merrymaking, culminating in a game of Pictionary that would last well past midnight.

I awoke early Sunday morning, encouraged by the sight of the sun peeking out from the clouds. But my spirit was soon dampened as I learned of another tragic shooting — at the Pulse nightclub in Orlando — only four miles from where Christina had been shot the night before.

A gunman had reportedly opened fire inside the nightclub early Sunday morning, slaughtering 49 innocent people and injuring 53 more before being killed by police. The massacre at Pulse is being called “the deadliest mass shooting in U.S. history” and “the worst attack on U.S. soil since 9-11,” raising fresh alarm about terrorism in America and new debate on what to do about it.

Driving back to Tampa that day across I-4, I couldn’t help but ponder this crazy collision between good and evil, hope and despair, life and death. I knew that leaders and politicians would be analyzing these atrocities for weeks, months, even years to come — and that the wounds would remain etched in the hearts of those who had lost their loved ones forever.

I looked in my rearview mirror, back at the cloud of grief hanging over Orlando, and all I could do was mutter to myself in disbelief: “This is crazy. Just crazy.”