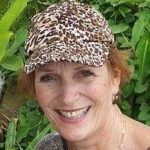 Americans’ fear of fat harkens back to the U.S. Senate in July, 1976, when Senator George McGovern raised attention to the links between diet and disease by calling a special hearing. The hearing led to the first set of dietary guidelines. The food industry quickly jumped on the bandwagon to create a new range of low-fat, high-carb products. Fat-free turned the tide in our country; that was the time that Americans just “ballooned up.” Fat-free, we finally discovered, is full of sugar that ultimately turns to fat!

The “war” on saturated fat is the biggest snafu in nutritional history. What we have now is a worldwide pandemic of obesity, metabolic syndrome and Type II diabetes running rampant. The low-fat dogma was based on incorrect studies that now have been debunked. So, in essence, low-fat doesn’t mean any fat! (Ugh — puhleeze — you mean my husband was right all along? He hated that taste!) So much for the studies that showed weight loss with low-fat regimens.

Actually, certified studies conclude that at about the same time the Senate guidelines first came out is when the American public began losing its shape, growing fatter!

The truth, is diets that are high in fat, but low in carbs, consistently lead to way better results than low-fat, high-carb diets. Nutritionists worldwide began telling the vulnerable public to replace butter with margarine — low in saturated fat, but high in man-made trans fats; the BAD fat. Yes, there are bad fats and good fats.

The overall low-fat diet is high in carbs, which, in excess, turn into fats in the liver, raising triglycerides, a key factor in cardiovascular risk.

With one thing leading to another, you might have thought that fat-free yogurt was the best dessert you could feed your family, when, in reality, it could have been the worst. Nutritionists later found that saturated fat was very important; trans fat is a “no no,” but some saturated fat is a “go.”

Here’s a kicker: Those swings in blood sugar and insulin lead to hunger. But a diet higher in fat satisfies over the long haul, thus eating less. Huh, you say? True! Low-fat, high-carb is really the wrong diet for overweight folks. They have more insulin resistance, thereby encouraging the hunger hormone. Voila! They gain weight.

So, what’s the BIG FAT STORY here? Moderation — ooohh, we do not like to hear that word! But that’s my story, and I’m stickin’ to it!

How to upcycle your recycle bins

Ask Guido — Common Cents: How much does it cost to raise a child?