Faith in Fitness: What’s all the fuss about GMOs? 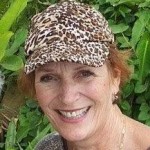 Sometimes I feel as if I’ve been born on top of a Christmas tree. You know what I mean, right? When something has been around for some time and you just find out about it, you feel like you’ve been out in the cold somewhere. That’s why this GMO thing has sort of snuck up on me unawares until recently, when a lovely lady from my Bible study brought it up as something to review regarding a mysterious ailment that overtook our grandson.

Our twelve-year-old, Noah, came up with this ever-so-rare malady that really made his pediatric orthopedic specialist prove her mettle. That’s when the suggestion was made that his parents check out his intake of GMOs. His what? I asked, and ergo, this article.

So, first, if you’re not “in the know,” GMOs are genetically modified organisms whose genetic material has been artificially changed in a lab through genetic engineering. That sounds waaaaaay too scientific for me. I don’t know about you, but my not so finest college classes were science and physics. Give me English and Public Relations any time! So, when I tell you that this particular research for “Faith in Fitness” has been my most difficult, I do not exaggerate.

Supposedly, one of the goals for developing plants based on GM organisms is to improve crop protection. On face value, this really sounds good and productive for the farmers, too. Resistance against insects happens by incorporating the gene for toxin production. This toxin is currently used as a regular insecticide and said to be safe for human consumption. GM crops that produce this toxin seem to require lower amounts of the insecticide. The crops then become less susceptible to virus prone diseases, thereby increasing the crop yield. This is my aha moment! So, I’m seeing less insecticide, more GM crops grown, less diseased crops, higher yield production, which, of course, results in higher profits. Hmmmmmmmm.

So, are GMO products safe or unsafe? Currently, there is not enough data to prove either position. Why? Mainly because the FDA has not required labeling of these products, making any case studies either virtually impossible or non-credible to date. An international food code, known as the Codex, developed guidelines for human health risk analysis of GM foods in 2003. (Now you see why I was so stunned at my “new knowledge” of GMOs. The Codex was established almost 13 years ago! Duh!)

Even though the American public, as a general rule, wants to know if their foods contain GMOs, we still don’t.  Interestingly, many European countries have no objection to GM foods, but already have labeling in place.

Hopefully, by now you’ve gleaned a little knowledge, as have I, by researching the sources I’ve listed below. There’s so much more information out there. Investigate for yourself, just as I’m going to suggest to my grandson Noah’s parents. In this case, a little knowledge goes a long way.