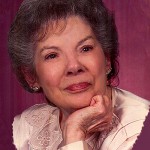 A lifelong resident of Hillsborough County, she owned Marie’s Beauty Salon in Sun City Center for over 40 years. She was a member of Wimauma Baptist Church.

She was preceded in death by her husband, Walter J. Davis, and daughter Cynthia Quiroz.

Per her request, a small graveside service was held Wednesday, Dec. 9. It was officiated by Rev. Richard Hosea. She was laid to rest next to her beloved husband at Garden of Memory, Tampa. 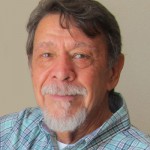 He was a longtime resident of Ruskin, owned and operated Flannery’s Welding and Ornamental Iron for 25 years. He was well loved in his community and known for his artistic talents and mechanical creativity.

Billy was born in Midland, Ky., and was preceded in death by his parents, Lilburn and Edith Flannery, and sisters Dolores Naylor and Retta Wilkins. He was a loving husband to his wife of 49 years and a devoted father and Papaw.

He was a member of the Friends and Family Church in Wimauma. Funeral services were held December 7, 2015 at Sun City Center Funeral Home. 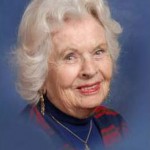 She was born in Waxhaw, N.C., to Carl and Carolyn Wolfe but lived in Hickory, N.C., until her marriage to Tom Ashcraft, after which the family lived in Nashville, Tenn. for 19 years. In 1982, she married Marvin Petersen and moved to Brookings, S.D., for eight years before they returned to the Tampa area.

She is survived by her husband; daughter and son-in-law (Anne and John Maher of Melbourne, Australia); son Thomas Ashcraft   (Victoria) of Littleton, Colo.;  and granddaughter Amanda Croxton (Brian) of Indianapolis.

She served as a deacon in St. Andrew Presbyterian Church in Sun City Center.

Her hobbies were duplicate bridge and writing. She had published a number of research publications in professional journals as well as a book of her memoirs, titled Sweet Caroline.

A memorial service will be held at St. Andrew Presbyterian Church at 11 a.m. Monday, December 21, with interment at Sarasota National Cemetery. 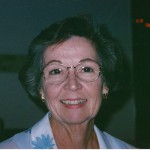 Sarah was an Army nurse for over 20 years. She retired as a Lt. Col. After retirement, Sarah and her loving husband, retired Col. Gerard Strieper, moved to Sun City Center.

During retirement, Sarah flourished in many of her hobbies. She was an avid painter and was a member of the Sun City Center Art Club for many years, with one of those years as President of the Club. If Sarah was not painting, she was outside in her yard tending to her multiple plants. She loved being outside and became an avid golfer and loved to take her daily walks.

A Memorial Service was held Monday December 14, 2015, at Freedom Plaza.