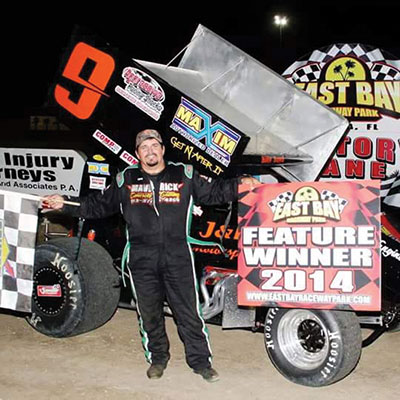 Billy Boyd Jr. has brought smiles to thousands of race fans as a fan favorite at East Bay Raceway, racing sprint cars and as a major ambassador for Toys for Tots, but it was his turn to smile Sunday, Dec. 13, when hundreds of family and friends turned out to support the Riverview resident, who is battling leukemia.

“He’s a local hero who I have known all my life,” said Doug White, who grew up watching Boyd race and who wanted to do something to help the driver’s family. “My girlfriend [Kelly Coats] and I were just sitting down thinking what we could do.”

So was born the Sports Clips Party in the Pits – Rally for Billy Boyd Jr., who has been fighting leukemia for more than a year and just last week received a bone-marrow transplant from his brother Adam.

“He is doing well now,” said Tyler Boyd, Billy’s teenage son. “His immune system has to come up to fight any bacteria. He has been very strong throughout this. He says ‘I will make it out of here. I will win it.’”

The fundraiser was held in the the plaza parking lot of Sport Clips Haircuts on U.S. 301 and featured classic and custom cars as well as autograph sessions with local race car drivers. Games, food stands, a bake sale and raffles also helped draw a healthy crowd to the plaza on a sunny Sunday afternoon. 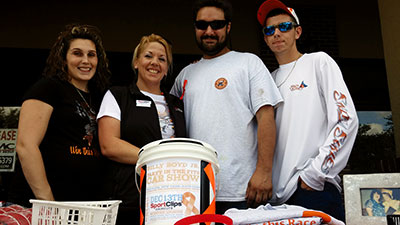 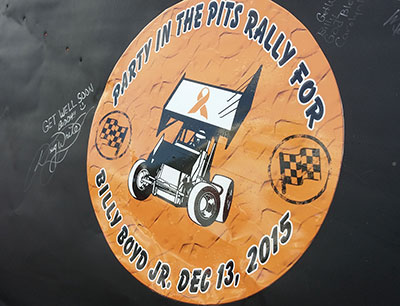 A large board invited all who attended to send their best wishes to Billy, who was diagnosed with leukemia.

The fundraiser also included a classic car show, some of which are seen here reflected in the bumper of a 1942 Chevy Coupe. 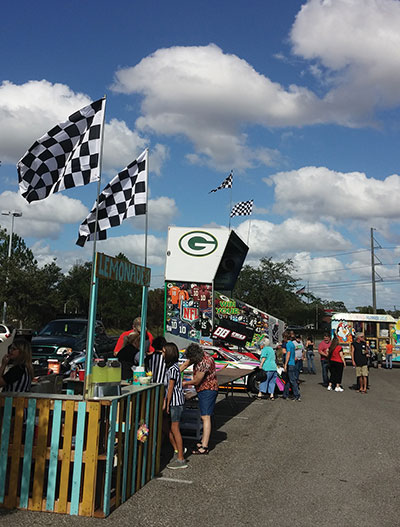 Lemonade, hot dogs and a booth where attendees could test their prowess at tossing a football, were among the attractions at the event.

“The event got a lot bigger than I expected from just starting it and having never done this before with no money,” said White, who said it would have been much more difficult without the outpouring of donations and help from local businesses in the area. “We couldn’t have done it without all the people who came out and stepped up and helped from the whole Riverview community.”

“The support from our community has been phenomenal,” said Coats. Boyd’s battle has added significance for Coats; leukemia took her 25-year-old sister, Kristy Coats Derosett, in 2004. Kelly was her bone-marrow donor. “It hits home for us not just because of my sister but because Doug grew up watching Billy race, sort of idolizing him.”