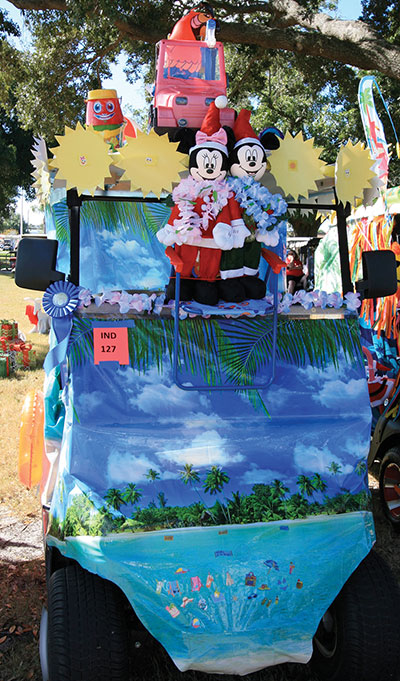 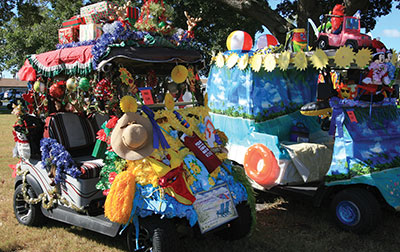 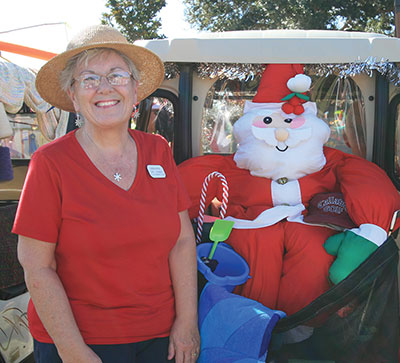 Deanna St. John of the SCC Woman’s Club poses with her personal Santa. 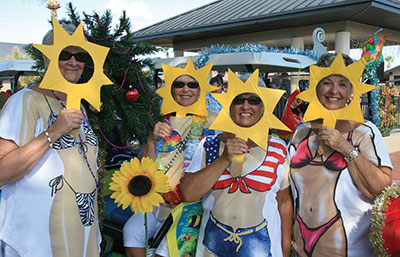 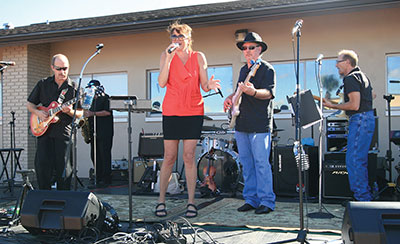 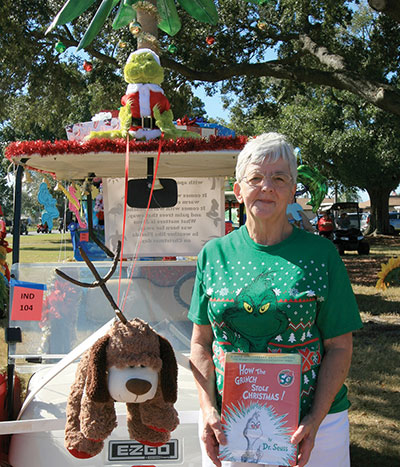 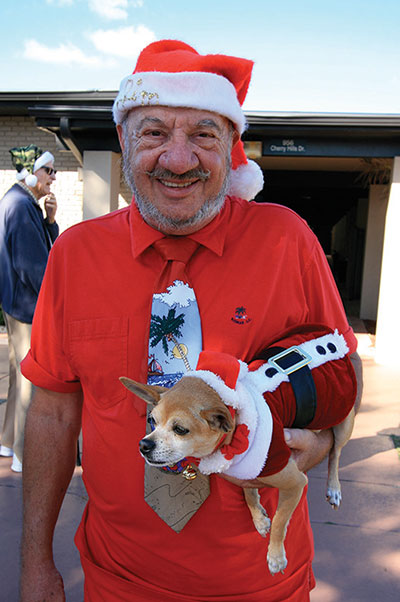 A participant in the Best Dressed Pet Contest. 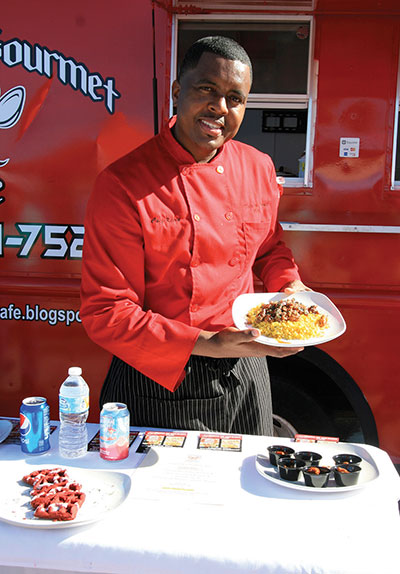 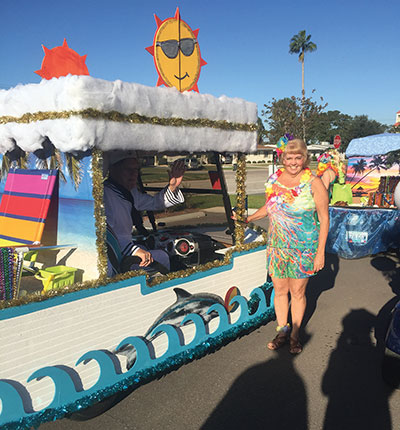 The ever-popular parade of golf carts, which started in the Community Association parking lot parallel to N. Pebble Beach and ended in the Cherry Hills bandstand area, has become a highlight of the holiday season for residents of Sun City Center.

“It’s amazing what they can do with a golf cart these days,” remarked an impressed spectator, one of hundreds that lined the parade route to watch scores of festive carts cruise through Sun City Center, flinging candy, beads and other goodies out to the crowd.

Thanks to Minto, prize money was bigger than ever, with American Express gift cards totaling $6,000 awarded to 18 decorated golf cart parade winners for creativity and festive impact.  Five lucky raffle winners received gift cards of up to $400 just for participating in the parade.

“Who needs a white Christmas?” said the Sunshine Girls, laughing, from Kings Point (Renee Holm, Cindy Dezort, Diana Franks and Valery Whipkey). Even with above-average temperatures in the mid-80s, the holiday spirit is obviously still alive and well in Sun City Center.