Observations: We’ve come to this 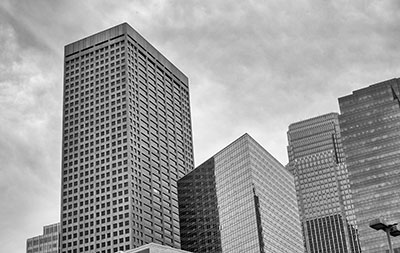 Twenty years ago, a team of programmers began to fear for their lives as one employee developed some disturbing behaviors. On an otherwise empty floor of a skyscraper on a weekend, it would have been easy. But things seemed so much more innocent then. Mitch Traphagen photos.

In a different lifetime, I worked as a programmer for a large retail company. One particular project, with about 10 people on the team, was a big deal … it involved signs. I’m sure that doesn’t sound like much but it involved wireless communication before wireless was common, satellites and lots of code for programs that were just emerging and would go on to be widely used. We invented some of them.

It also involved a very talented programmer who was quite possibly insane.

The programmer, we’ll call him Larry, was assigned to write the code to communicate with satellites. So he wrote a lot of code, making test signs along the way. Before long, the test signs became something of a sign for the rest of us. He began making signs for AK-47s and assault rifles.

It didn’t happen overnight, so among the team members, the fear crept in slowly.

And then he started bringing a long, black duffle bag to work. At one point, someone asked him about it, and he said it was just his gym bag.

We worked long hours on that project, often late into the night and almost always on weekends. The weekends were the most disturbing sometimes as Larry’s growing anger seemed more palpable. In the quiet of an office skyscraper on the weekend, all of the rest of the team members would nervously glance over towards Larry’s cube, just to make sure that duffle bag wasn’t going to open.

He had some problems. He verbally assaulted the secretary of a senior vice president. Not a great idea. This was two decades ago, a time when, yes, there were mass shootings and office violence, but nothing like today. But between the secretary, the test signs with rifles and that gym bag, Larry was secretly placed on the “Troubled Employee in the Workplace” program. In other words, someone was assigned to keep an eye on him during office hours.

He said he had a girlfriend and our biggest fear was that something would happen to the relationship and, on a quiet floor in a skyscraper on a quiet weekend day, the programmer would open that duffle bag and let loose. And no one would discover our bodies and blood-soaked cubicles until Monday. That would certainly be no way to start a week, nor end one, depending on your perspective.

I remember one Saturday at work, another programmer walked into my cube with a scared look on her face and said that Larry was angry, and she worried he was about to go off. What do we do?

What could we do? Not much. The police would have had trouble getting into the building, let alone to our floor. And no one really expected that there would be assault rifles in that gym bag, because, well, who would do that? So in the absence of actually seeing one, a call for help seemed like gross overkill. But, of course, we knew that once we saw one, it would likely be too late.

In retrospect, we were plenty stupid back then.

Things seemed so much more innocent 20 years ago. Today, I doubt very much that Larry would be allowed to skate for long. Too much has happened, too quickly, too easily. There is no way any company would take the risk these days. I still don’t know what was really in that long, black duffle bag, but it would have been so easy for him to blow us all away. On a Saturday, nothing, with the exception of an office chair to the head, would have stopped him. Or on any day, for that matter. Even if someone on the team had a concealed handgun, which would have been unlikely, that would be no match for a semi-automatic rifle. Or three.

I’m glad that was then and not today. On the surface, it appears the American public is going on with American lives without skipping much of a beat in the aftermath of the shooting and terrorism in San Bernardino, Calif. But something is changing. There have been too many mass shootings. They have been too random, too unpredictable, too often in places where such things should never happen.

Yet we are increasingly so. The fear is creeping into the American psyche and, unfortunately, our culture. People shoot other people here — and apparently more and more they want to shoot more than one or two.

It is the middle of Chanukah and Christmas will soon be here. For 99 percent of Americans, life seemingly goes on as normal, untouched personally by gun violence. But the fear is creeping in … slowly at first but now apparently much faster. Fear may well be a great motivator but it is no way to live, nor is it a way to legislate. And answers remain elusive anyway. But the days of “it can’t happen here” are, for all intents and purposes, over.

It can happen here. It can happen anywhere. But living in fear? That is not us. That is not American. Somehow this must stop. Today you can buy a “Body Guard Blanket” — a bulletproof blanket for your child to take to school. You know, in the event of a mass shooting. This is what we’ve come to?

There has been too much. So now what do we do?