New board members elected, 2016 plans made 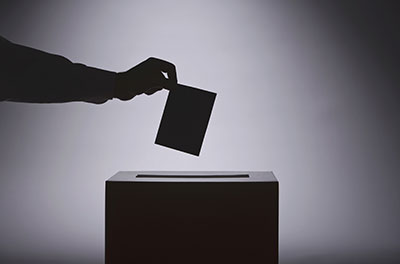 The new board members were eager to talk about the coming year and what they would like to bring to the community.

John Luper and Jim Schwartz will join the nine-member board for the first time, along with Neil Rothfeld, who ran as an incumbent.

Luper said it seemed like a natural thing to run for the board at this particular time in his life.

A past president of the Sun City Center Chamber of Commerce, his background also includes working as the director of amenities for SCC’s former developer, WCI Communities Inc., prior to the community’s being bought by the Minto Group Inc.

“I worked closely with the clubs and organizations in this community before I retired in 2002,” Luper said in an interview Dec. 4. “Since then my wife Linda and I have traveled a lot and seen all the grandkids. Then I started thinking about what I wanted to do next.”

Luper said he wants to bring his many years of experience with the community to his volunteer position as director.

Also newly elected is Jim Schwartz, who worked on the planning committee during the recent renovation and building project that took place on the main campus and is also chairing this year’s Holiday Golf Cart Parade.

“This community is my Disneyland,” Schwartz said. “We’re in the last quarter — or maybe half — of the football game here. I think our people should have fun and be able to have whatever they need to feel safe and enjoy themselves.”

Schwartz moved to SCC five years ago from Michigan and said he wants to become involved on committees that work with clubs and organizations.

Schwartz also wants to work on the “blighted areas,” like homes that have been taken over by banks and are not being maintained.

“It takes only a few bad apples to make the whole barrel look bad,” he said. “Some of these yards have high grass that could have all kinds of things crawling around in it. I will be a thorn in the county’s side if I need to be.”

He also talked about how the sheriff’s deputies have helped keep SCC safe.

“They do a great job, keeping us aware of the latest scams that prey on older people like us,” he said. “But we [the residents] have to be sure it stays a safe community where people feel they can walk at night and be safe driving, in both cars and golf carts.”

The third vacating seat was filled by Rothfeld, who ran as an incumbent. He is currently the association’s treasurer and recently put out a report breaking down its finances so membership can see how their dues were spent. That report shows that the association ended the year $73,900 under budget.

Also now available to membership is a list of issues the board thinks are most relevant to residents and must be dealt with next year. At the top of this list is the condition of the North Course, which is now owned by Clublink.

“Since WCI sold it, it has not been kept up,” Luper said.

The 170-acre area is overgrown and hard to keep cleaned up and residents would like to see it turned into a park or recreation area, he added. But buying the acreage would mean a dues hike; both for the acquisition and the upkeep.

“This is not something we can just go out and solve,” he explained, saying it might not be solvable in the next year.

Other things on the “wish list” that residents have asked for include another room like the Florida Room (a large room for gatherings that has, or is attached to, a kitchen); another outdoor pool; a putt putt golf course and practice range; some solar power in the community buildings; and a sports or wine bar that could also include a dance floor.

New officers of the 2016 board will be announced within the week and take office in January.