A Native American perspective on Thanksgiving 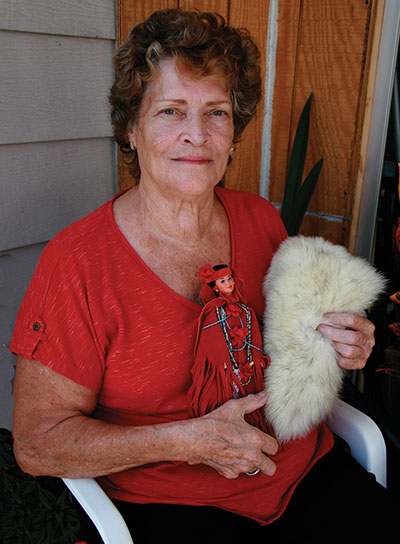 For one local resident, Thanksgiving has a deeply personal meaning, one that has inspired her to give thanks in a very special way.

“I am one-eighth Powatan Indian,” said Michelle “Mickey” Peters of Apollo Beach. “I got interested in making Native American dolls and clothing because of my heritage, as a way of commemorating my ancestors.”

Peters’ passion started 15 years ago, with a worn-out leather coat and a pair of sewing shears. She decided to cut up the soft leather of the old coat, and make it into doll clothing that reflected her native culture. Using scraps of leather, fur, feathers and beads, it wasn’t long before Peters had created an entire line of handmade doll fashions that she trademarked under the name of “Spirit Lake Creations.” She then began researching people and organizations that she hoped would treasure her creations and give them a home.

Peters sent a shipment of dolls to the Navajo Nation Health Foundation in Arizona, which expressed appreciation by writing: “Thank you for the beautiful dolls. The love which you must have for children is so apparent. We are placing them in the hospital so that they can bring some cheer and happiness to sick children this holiday season.”

Peters subsequently sent dolls to a variety of hospitals, churches and Native American groups. She received a letter of appreciation from Matthew Coon Come, Grand Chief of the Grand Council of the Crees of Quebec, as well as from the Southwest Indian Foundation of New Mexico and from First Lady Michelle Obama.

Much of Peters’ inspiration for her doll creations came from a spiritual awakening she experienced at a young age when she visited Clear Lake, Miss.

“There was a wondrous, beautiful lake there that affected me deeply, magically and spiritually,” she wrote in her memoir, a collection of poems and impressions centered on her Native American ancestry. “I’ve always loved animals and nature, and I think that goes back to my roots,” she said.

Peters fashions doll clothes as a way of commemorating her ancestors.

Native Americans point out that their gratitude for the bounties of nature didn’t just begin with the Pilgrims on Thanksgiving. They were known to have numerous ceremonies giving thanks to “Mother Earth” long before the colonists arrived. The First Thanksgiving marked a tranquil time between the Pilgrims and the Native Americans before tensions escalated and tempers flared.

Squanto, a Patuxet Indian who resided with the Wampanoag tribe, taught the Pilgrims how to catch eel and grow corn on American soil. His tribe generously gave food to the colonists during the first winter when supplies brought from England ran out.

Unfortunately, the goodwill that existed between the colonists and Native Americans during the early years didn’t last. History chronicles the subsequent colonization and violation of Native American lands and burial sites, and the push to move Native Americans farther and farther west.

It has taken decades of change to restore the peace that characterized the First Thanksgiving. Today, many private and governmental agencies work vigorously to achieve that goal.

The modern-day American Thanksgiving is still centered on the same gifts of the land celebrated at the original event, which included turkey, waterfowl, venison, fish, lobster, clams, berries, fruit, pumpkin and squash. With the exception of seafood, many of these have survived to become the trademarks of our modern Thanksgiving dinner.

The customs that have survived the storms of time seem more meaningful today than ever. As we celebrate Thanksgiving this year, let’s remember the spirit of the “First Thanksgiving,” and be thankful for the bounties that make all of life wonderful. 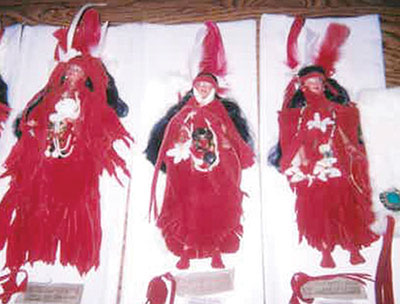