14 years in the making, new Wimauma church hopes to open by Christmas 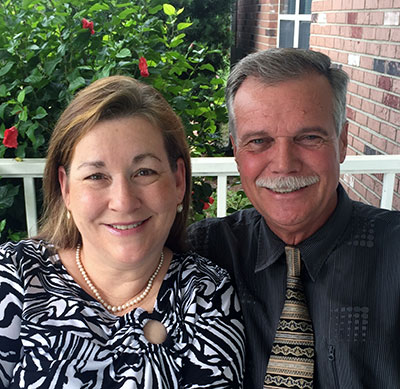 For more than a decade, Pastor Donnie Newberry and his wife Kim had a vision of building a new church. Come Christmas, they are hoping that vision is realized when Friends and Family Church opens its doors for the first time in Wimauma.

The couple have been holding services in their home on Carlton Branch Drive every Sunday at 10:30 a.m. since 2001, with as many as 55 congregants worshiping together. But the Newberrys always had their eye on building their own church.

“We still have some things to do but the interior is mostly done,” said Kim Newberry, who is also the church’s treasurer. Building a church “is what the Lord has put upon our hearts, and we had been looking for property to build a church when this property became available,” she said. “It’s right in the area we live, so we went and anointed all four corners of the property and prayed on it.”

The appearance of a small for-sale sign “and the Lord brought it all to fruition and we were able to purchase the property,” she said.

That was in 2008. Work on the foundation and construction began last December.

She said, “Over the 14 years since we started, we have just been saving and saving, but we have also put a lot of our own effort into building it and people have also donated their services throughout the project.”

Purchasing and preparing the land as well as construction of the 4,800-square-foot building is costing approximately $350,000. The building will feature a sanctuary, fellowship hall and nursery. 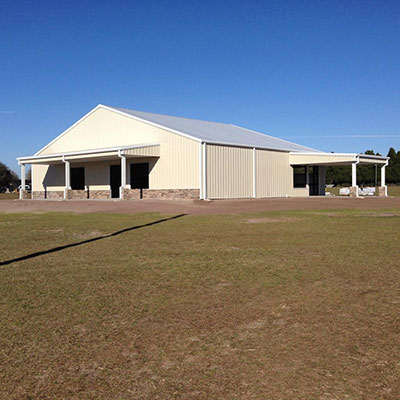 The church hopes to celebrate services by Christmas.

The church is awaiting material to construct a road at the new church, “but none of those are available,” said Pastor Newberry, who was born and raised in South County. “I wanted to be in there before Thanksgiving, obviously that has not happened. But we want to be in there before Christmas.”

The Newberrys’ faith in the new church never wavered during 14 years of holding services at their home.

“We had a vision to build this ministry in this location,” said Pastor Newberry. “Of course, at times we did not know what property it would be but that was the vision the Lord had given us for this area. That vision is the thing that has kept me on track. There was never a question about it in my heart.”

The new church will host a traditional Sunday morning service as well as a special service Sunday evening. There will also be a service on Wednesday evening.

The Newberrys are hoping the new building will boost attendance. “We have just been inundated with phone calls and people stopping by and taking a look at the building,” Kim Newberry said. “A lot of people in the area are really excited about it because while there are churches in Wimauma, there are none out in this area where we are.”

For more information about the church, visit www.friendsfamilychurch.org; the group’s Facebook page, “Friendsandfamilychurch” all one word; or call 813-335-7668. 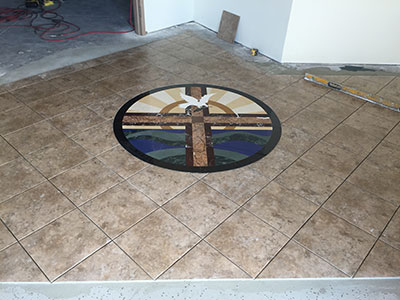