The Illinois Club of Valencia Lakes ready to enjoy their Portillo’s meal that was sent from the Chicago restaurant just for this event. Harry Ross photo.

The Illinois Club of Valencia Lakes is ecstatic about the news that the Portillo’s restaurant chain in Chicago is planning to open its first Florida location in Brandon, and even more thrilled that they sent their famous Italian beef, hot dogs, ribs, tamales and all the fixings to feed them on Nov. 15 for the club’s “Portillo’s Pre-Opening Celebration and Blues Brothers Movie Night,” held in the Community Clubhouse.

In addition to Portillo’s sandwiches, hot dogs, ribs and tamales, club members were treated to childhood favorites: Jay’s Potato Chips, Green River Soda, Boston Baked Beans, Red Hots and Lemonhead candies. All of these have been made in Chicago going back as far as 1919. 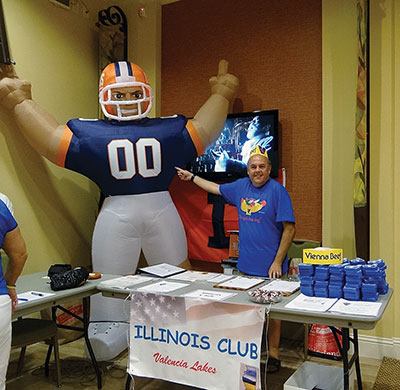 Harry Ross, organizer of the event, said that the Valencia Lakes club decided to reach out to Portillo’s to pledge their support of its new Brandon store, which is expected to open its doors in March 2016.

The Illinois Club of Valencia Lakes, with more than 100 members, is centered around residents from the Chicago area who grew up loving the food of Portillo’s restaurant. They get together and hold events every other month, and they continue to provide updates and photos of their events to Portillo’s.

Portillo’s, a restaurant chain that specializes in serving Chicago-style food, including Chicago-style hot dogs, Italian beef, hamburgers, sandwiches, salads, and ribs, was founded by Dick Portillo in 1963 in Villa Park, Ill., under the name The Dog House. The first Portillo’s hot dog stand was nothing more than a 6-foot by 12-foot trailer without a bathroom or running water. To get the water he needed, Portillo had to run 250 feet of garden hose from a nearby building into the trailer.

Today, most of Portillo’s restaurants are located in the Greater Chicago metropolitan area, but the company has slowly spread into California, Arizona and now into Florida. Portillo’s is owned by The Portillo Restaurant Group and is the largest privately owned restaurant group as of June 2015, with 50 different restaurants around the nation, including Portillo’s, Barnelli’s Pasta Bowl, Honey Jam Cafe and Portillo’s Home Kitchen, and has enjoyed enormous success with sales of over $300 million and over 4,000 employees. 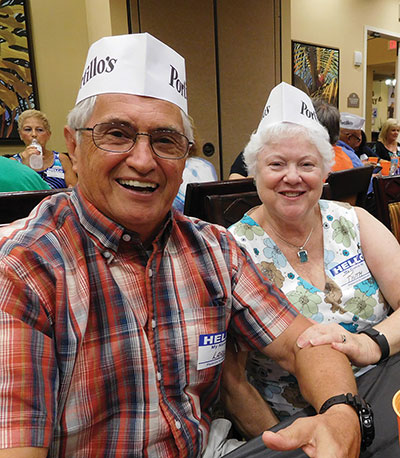 Portillo’s also sells items from its menu by mail order, in partnership with Eli’s Cheesecake and Lou Malnati’s Pizzeria.

Portillo’s generated publicity about the new Brandon store with an open letter on its website on June 16, 2015, the day after its hometown NHL team, the Chicago Blackhawks, beat the Tampa Bay Lightning to win the 2015 Stanley Cup. The stunt received newspaper coverage in both cities.

“It’s official,” said the letter. “Portillo’s is coming to Tampa in 2016. Tampa residents spent years peppering us with requests to build a restaurant — you really put us in a pickle. So we’re thrilled we’re finally making our way to Florida. Let’s be frank: No matter whose jersey you’re wearing, everyone will be welcome. We hope you don’t have a beef against us or our hometown team.”

The new Brandon Portillo’s will be on the northwest corner of S.R. 60 and Lakewood Drive. The Brandon restaurant will feature a 1930s Prohibition theme, and it will also have double drive-through lanes to accommodate car traffic.

Portillo’s will be conducting interviews for restaurant managers and restaurant staff in the coming months. Interested applicants may also apply at jobs.portillos.com. 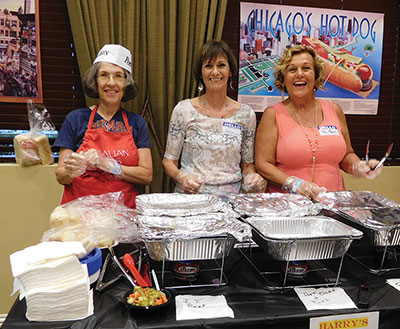 More than 25 volunteers set up and served the club’s meal. Elisabeth Tsang photo. 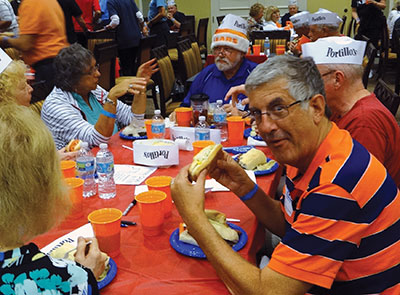 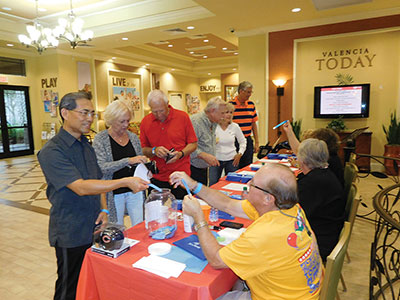 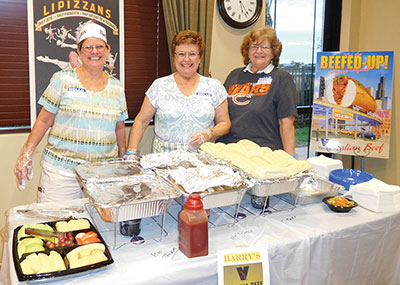