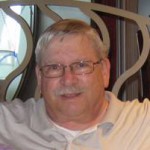 Cowdrick, David Alton, 64, of Apollo Beach, Fla., passed away on Sept. 6, 2015. Born April 9, 1951, in Neptune, N.J. to Horace and Patricia Cowdrick (Worth). He attended Stuyvesant High School in New York City, Florida Institute of Technology in Melbourne, Fla., and The University of Tampa. He was a passionate mechanical engineer for Tampa Electric Company for over 30 years. He enjoyed fishing, ham radio, bowling, and collecting antique cameras. He was a gentle soul with a kind and giving heart. He will be missed by family and friends alike. He was preceded in death by his parents, Horace and Patricia; and two brothers, Horace Jr. and Scott. He is survived by his daughter, Erica Collier (Jacob); two grandchildren, Brayden and Brooklynn Collier; brother, Harold “Bucky” Cowdrick (Audrey); nephew, Matthew Cowdrick; niece, Victoria Cowdrick; niece, Linda Metzger (Chris); grand nieces Avelyn and Nora Metzger; former-wife and forever friend Sydell Cowdrick; sister in-law, Rosann Labozzetta (Thomas) and their children, Samantha Galante and Dawn Labozzetta. In lieu of flowers, donations can be made to St. Jude Children’s Research Hospital, which he supported as a past member of the Kiwanis Club. A celebration of his life will be held Saturday, September 26, 2015, at 4 p.m. Visitation begins at 3:30 p.m. Stowers Funeral Home, 401 W Brandon Blvd., Brandon, FL 33511. 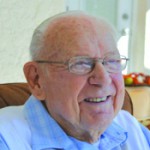 Charles Cunningham, 91, died peacefully at home on Sept. 14, 2015. Charles lived a long, adventuresome life, and touched many people with his quick wit, dedication to helping, and beautiful poetry. He was pre-deceased by Louise Ruff Cunningham, to whom he was happily married for 61 years.

Charles is survived by daughters Laurie Cunningham and Laurie Bettinghaus; son Richard Knowles; wife Judith Saxton; grandsons Chad Ponce and his wife Heather, and Ben Ponce and his wife Becky; great-granddaughters Jessica, Yvette, Olivia and Emma; and great-great-granddaughter Autumn; a host of nieces, nephews, and many others who loved him and considered him family.

A Memorial Service will be held Monday, Sept. 21, at First Baptist Church of Ruskin. Receiving friends and family beginning at 6 p.m., service will start at 7 p.m. 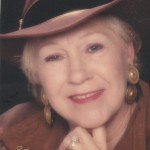 Robbie J. Gaecke, 78, of Sun City Center, Fla., passed away on Thursday, August 20, 2015, at Sun City Center Hospice House with her loving family at her side.

Robbie enjoyed golfing, boating, fishing and traveling. She loved being with her family and grandchildren. Robbie spent most of her life in Grapevine, Texas, where she was a successful insurance agent for more than 30 years before retiring in 2009. Robbie is survived by her loving husband of 34 years Jon Gaecke; daughters Laura  Gielow Stroud and husband David Stroud of Apollo Beach, and Piper Webster and her fiancé Jay Haggard of Grapevine; brother Gary Jones and his wife Karen Jones; and sister-in-law D’Ann Jones of Oklahoma City. She is also survived by loving grandchildren Justin Webster, Callie Hacker, Jennifer Rogers, Cooper Martin, Savannah Stroud and Logan Stroud; great-grandson Austin Hacker; and several cousins, nieces and nephews.

In lieu of flowers, memorial contributions can be made in Robbie’s name to the American Cancer Society. 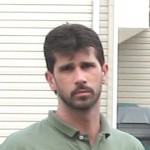 Michael Scott Hinderliter, son of Betsy and Don of Sun City Center, brother of Heidi of Seattle, Wash., and companion of his beloved pet Belle. Mike, 44, passed away on Sept. 11 of complications from an illness that he had been fighting for several years. He was a sensitive and gentle man who lived his life in his own way after medically retiring from the National Park Service in Virginia and moving to Florida several years ago.

He was a compassionate animal lover and it is suggested that anyone wishing to make a donation in Mike’s name may do so to the C.A.R.E. animal shelter in Ruskin, or to the animal rescue group or animal shelter of their choice. We’re sure that he would appreciate it.

Ron retired as the purchasing director from Shrum Steel, and was a member and church organist at First Baptist Church of Ruskin.

She was born in Kokomo, Ind., on June 29, 1925, and leaves behind son Matt Michener of Fort Myers, Fla., and sister Margaret Haried of Naples, Fla.

A Memorial Service will be held at 2 p.m. on Wednesday, Sept. 23, at Freedom Plaza, 1010 American Eagle Blvd., in Sun City Center.

Memorials can be made to Make-A-Wish® Foundation of America or to the United Methodist Church of Sun City Center.

Jerome M. Smith of Sun City Center, Fla., passed away peacefully at home on Aug. 30, 2015. He is survived by his wife Jewel.

Linda Williams, the beloved wife of Walter Carl Williams, has passed and is in heaven now with her beloved Savior.