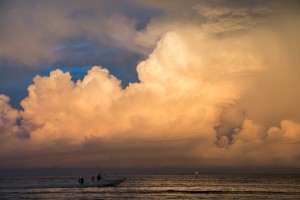 Despite beautiful but ominous-looking clouds over Tampa Bay on Saturday morning, 75 boats headed out in search of a winning redfish during the IFA Redfish Tour tournament at Little Harbor Resort on Monday. MICHELLE TRAPHAGEN PHOTOS

Although some of the anglers reported that “the fish were well-fed” — in other words, not biting, the Inshore Fishing Association Redfish Tour tournament held last weekend at Little Harbor Resort in Ruskin, was considered a huge success.

Seventy-five boats headed out into beautiful but ominous-looking clouds at first light on Saturday morning seeking to catch the biggest redfish. The payoff for success was large: In addition to a nearly 200 percent registration fee payoff, the winning anglers at each IFA tour event were to receive a new, fully-rigged Ranger boat powered by a Yamaha outboard — a prize valued at $25,999.

And indeed the fish did appear to be well-fed. Of the 75 boats in the tournament, 32 weighed in with a catch.

The winning team of Captain Graham Taylor and Justin Ownby took home $2,250 in cash along with the new boat for a total prize package of $28,249.

On Sunday, the IFA Kayak Fishing Tour took place, launching at the location of the kayaker’s choice and returning to Little Harbor Resort for weigh-in. The top cash prize was $1,500. No kayak results were available as of press time.

The tour promoters say the event draws anglers from Texas to the Carolinas. 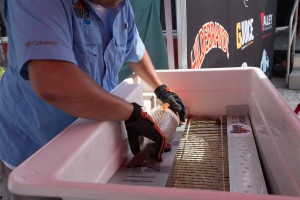 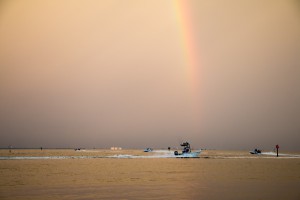 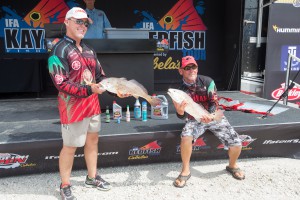