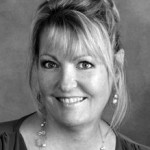 My mother was right (as usual.)  Life really is like a roll of toilet paper — it goes faster the closer you get to the end. The weeks and months speed by, and pretty soon you’re sharing an anniversary of something you thought you just started.

That’s how it is right now as we get ready to celebrate the first birthday of Sun Radio 96.3 FM, the local community radio station for us folks in Sun City Center and the surrounding areas of Ruskin,  Apollo Beach, Gibsonton, Riverview and Wimauma.

How can it have been a year already? That means I’ve had more than 40 guests on my show About the Town (I started the show in August).  Really? They just flew by! I’ve had some great guests —  from County Commissioner Stacey White to Ed Socha, a veteran of Pearl Harbor. I’ve introduced you to the Car Haggler and the Solid Gold Singers as well as our Supervisor of Elections and the head of our local Florida Railroad Museum.

So to celebrate, the volunteers and on-air personalities are throwing a birthday party on Friday, June 19 from 11 a.m. to 2 p.m. We’re going to open up the banquet room here at the Chamber of Commerce and give away free hot dogs and fixin’s to all our residents. You can finally put a face to Uncle Vito, morning host on Monday, Tuesday and Wednesday, and Vern and Lisa, the Thursday morning hosts. You can also meet all the great volunteers who search out and bring you club news, activities and People You Should Know. (And you can meet me, the host of About the Town on Wednesday mornings.)

There’ll be lots of door prizes and giveaways, including “Sun” glasses to the first 200 folks who come in the door.  We’ll all be a part of a live-remote broadcast, so you could be on the air!

The radio station is the brainchild of general manager and owner Peter Swartz. The station is located at 139 S. Pebble Beach Blvd., next to Winn-Dixie, and transmits from the top of the Sun Towers. Even though it’s a low-frequency station, I’ve been known to get it in the car in Brandon and as far south as Parrish.

Billed as “easy listening,” the station features not only music from the ’50s on through the ’00s, but old-time classic radio dramas like The Phantom, Dragnet and The Lone Ranger. Look for War of the Worlds in October and Miracle on 34th Street in December.

And if you’re into ballroom dancing, you can listen to Big Band Music on Saturday nights.

Mom was wrong about one thing, though. It is okay to throw yourself a big ol’ birthday party as long as you have lots of food and invite the entire neighborhood. So that’s what we’re going to do. Won’t you come join us next Friday? And in the meantime, tune your radio to 96.3 FM and get to know this crazy cast of characters. We’re actually your neighbors! And this station is all about you.