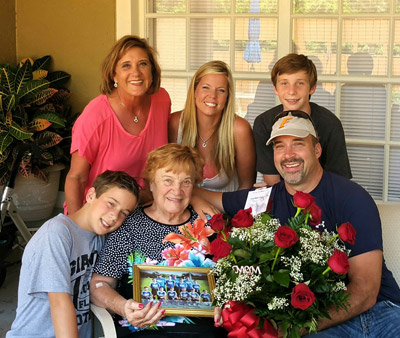 “Everyone loved their country.”

That’s how Evelyn Mastalerz remembers World War II. The Sun City Center resident is one of a diminishing group of veterans from the war, and although it has been 70 years since she served, Mastalerz will receive a special pin honoring that service this week.

Family and friends will be on hand Friday, May 29, when a chaplain will honor the 92-year-old who lives in the Memory Care Unit at The Inn at Aston Gardens. Mastalerz also recently became a Palliative Care Patient with LifePath Hospice.

“It’s pretty good,” said Mastalerz of the pin ceremony. She served in Colorado, developing and processing film from the Pacific theater for Eastman Kodak. The pin ceremony is open to members of the military who are nearing the end of their lives and who were honorably discharged from the military. 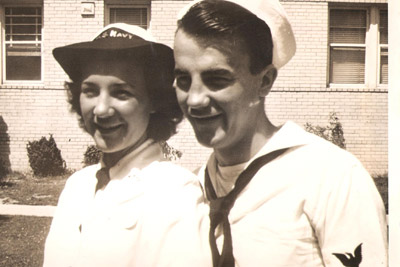 Evelyn Mastalerz with her brother, Ray Elias, who also served in the Navy during World War II.

Mastalerz can still recall many of her friends from those years, old pictures stirring memories of many of those who have passed on. “I can still remember my buddies,” she said. Serving in the Navy “gave you a chance to see the world.”

“She’s still got spunk like she had when she enlisted in the U.S. Navy,” said Linda Bell, one of Mastalerz’s eight children. Mastalerz also has 27 grandchildren and 28 great-grandchildren. “She is a very proud and patriotic woman,” Bell said.

According to Veterans Affairs, World War II veterans are dying at a rate of approximately 492 a day. Of the 16 million who served during World War II, fewer than 1 million are alive today.

“She always ran a tight ship at home,” Bell recalled. “She had children for 21 years. Virtually the whole time she was married to Dad, she was pregnant. She sewed clothes for us and cooked big, big meals.”

While her life began with President Warren Harding in the White House — she has seen 16 presidents in her lifetime — Mastalerz is still sharp, able to recall many memories from her early years.

“She can talk your ear off,” said Bell, an Apollo Beach resident who visits her mom every day. “She is still very with it when it comes to things that happened a long time ago.” 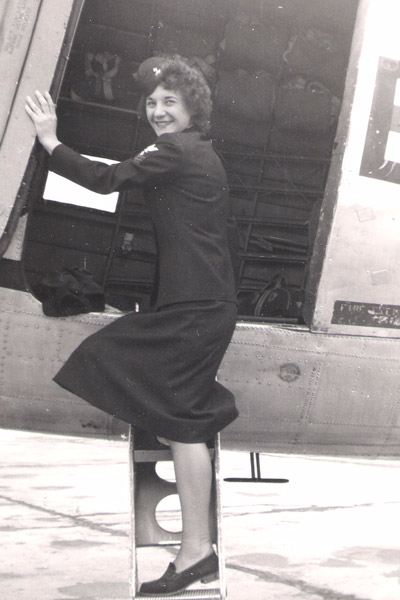 The years have not dulled her sense of humor, either, Bell said. Bell said, “She held up a picture of herself from World War II recently and said, ‘Look, I have not changed a bit. I look the same as I did when I was 20, don’t I?’”