Local singer-songwriter to perform at Firehouse May 9th 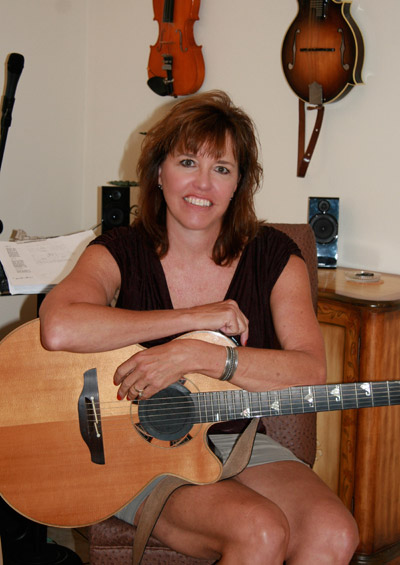 Victoria Ginty will perform with the Ladyhawke Band May 9th at The Firehouse Cultural Arts Center in Ruskin. Lisa Stark photos.

Add wife and mother of two to her list of accomplishments, and you will see that Victoria doesn’t believe in sitting still for long.

This month, locals will have the singular pleasure of seeing Ginty perform with her Ladyhawke Band in a special engagement at the Firehouse Cultural Arts Center, on Saturday, May 9, at 7 p.m.

“We’ll be rolling out our new music at this show,” said Ginty, who will be accompanied by guitarists Ed Wright and Tim Costello, drummer Bob Nesbit and bassist Mike Ivy.

The Ladyhawke Band will perform a mix of country, blues and Americana, as well as some of Ginty’s originals, including Water, a beautiful bluesy tune with spiritual undertones she co-wrote with Mike Alan Ward.

“In songwriting, it’s all about content,” said Ginty, who asks music lovers to pay close attention to lyrics when they hear a new song.

Most recently, the Ladyhawke Band performed in March at the 23rd annual Manatee Festival of the Arts, delivering emotional classics like the Fred Neil hit Everybody’s Talkin’ and You Were Never Mine by Delbert McClinton.

Victoria Ginty began her musical career at a young age, studying piano and violin before becoming an opera major at Florida State University. After graduating from college, she spent several years pursuing more profitable business avenues, but she never forgot about her dreams of a musical career. In 2000, Ginty made the decision to travel to Nashville to pursue her musical aspirations, but she made sure to go prepared.

Ginty said, “I wrote a whole CD before I went to Nashville, and approached it like a sales job: knocking on a lot of doors and getting a lot of ‘nos’ before finally getting one ‘yes.’”

Ginty’s thick-skinned business approach paid off. She was awarded a recording contract with BMG Critique Records and had a number one record for 13 weeks on the worldwide charts.

She also received nominations for Song of the Year and Video of the Year with the Academy of Independent Recording Artists. With songs like She’s Waiting and Only She Can See, Ginty toured around the country visiting radio stations by day and performing two shows per night. “It would have been exhausting for anyone,” she said, “but especially so for me, as, [unbeknown to the record label] I had two young teenagers at home who needed me.”

Ginty says her years touring with her record label was an unforgettable experience, but “It was also stressful and demanding and full of temptation. You’re out there meeting powerful people offering you the world, and it’s hard to stay grounded.” 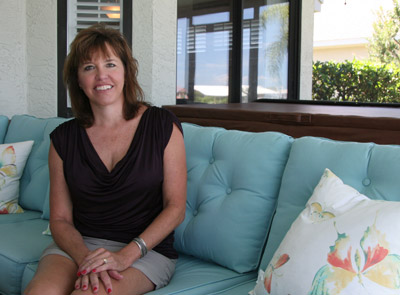 Ginty at her home in Apollo Beach.

In the end, Ginty’s need for grounding and her commitment to her family pulled her back to her home roots. She left the record label (which subsequently went out of business) and returned to her home in Florida, purchasing a horse farm in Lithia with her Realtor husband, Mike. “We got into competitively showing Paint and Quarterhorses, and won a world championship,” she said. She also got her daughter Elizabeth, who had been struggling with teenage issues, involved in horses and focused on a new path in her life.

“I have no regrets,” said Ginty. She said her choice of family over the music industry was a no-brainer. She is still involved with her family in running the Lithia horse farm, and also enjoys sailboating from her home dock in Apollo Beach.

The pride shows in her face when she talks about her now-grown daughter, Elizabeth, a Montessori school teacher, and son, Steven, a firefighter in St. Petersburg.

Ginty said she plans to end her performance at the Firehouse with the song Things Left Undone by Paul Thorn. That song, she said, has a great deal of personal significance for her.

“It’s a very spiritual song that leaves people pondering what they’ve done and what they’ve left undone — with their family, their friends, and their life,” she said.

Some of the song lyrics read:

When your life is over, and you’re reaching the end,
When a stranger came knocking, did you let him in?
Was there food on your table for that down and out friend?
Did you hide in the shadows,
or did you walk in the sun?
Do you regret the things left
undone?

It’s hard to imagine that with Victoria Ginty’s packed life, she has much of anything “left undone.” You can find her on Facebook, or on her YouTube music channel with the Ladyhawke Band at www.youtube.com/user/LadyhawkeBand.