Elijah Council — with help from his Troop and parents — organized the Shoot-Out and BBQ on April 12 to raise money for his community project. He earned $3,500 at the event. Chere Simmons photos.

Most Scouts are 17 when they earn the coveted title of Eagle Scout, according to the Boy Scouts of America, but Elijah Council, 15, is not most teenagers and doesn’t belong to just any Scout troop.

A member of Troop 661 since the first grade, Elijah is one of six youngsters aiming for their Eagle badges this year from the troop that has been serving Riverview, Apollo Beach and the Sun City Center area for 35 years.

“It’s a chance to make some friends who have the same interests and have fun,” said Elijah, who attends Riverview High School.

“He has made a core group of friends that he still has in high school, so it has worked out real well,” said Amber Council, Elijah’s mom. “He has had help from other boys, family and friends. It’s been a good experience for him.”

Only one in 20 Scouts ever achieves the rank of Eagle, according to the National Eagle Scout Association — not a surprise when considering the requirements.

Eagle aspirants must earn a total of 21 merit badges, and it’s about much more than learning how to light a fire. Required badges include first aid, cooking, personal fitness and personal management.  In addition to several other requirements, a Scout must complete an Eagle Scout board of review and complete a community service project.

Despite the rigorous requirements, Troop 661 has turned out 47 Eagle Scouts since it was founded in 1980. Including Elijah, the troop could potentially add six more Eagle Scouts this year.

Diversity, loyalty and the youngsters running the group are key to the troop’s success, said Troop 661 Scoutmaster David Mortus, who has been involved with the troop for eight years. 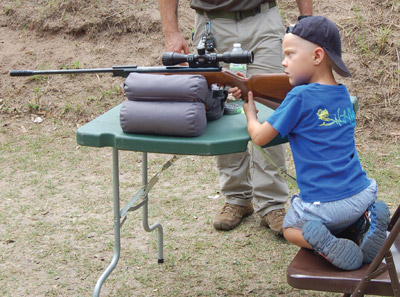 Shooters of all ages participated in the event held at Gun Craft Inc. in Ruskin. Kids used pellet or BB guns to shoot at paper and metal targets. Range masters were at each station to instruct and monitor safety.

“We have always had a very diverse group of parents, so most of the merit badges the boys can earn, we have someone who has knowledge of it, with adults who are farmers, handymen, managers and marine biologists. We even have adults whose children have already become Eagles who are still coming to support the troop,” Mortus said.

“It’s also a boy-run troop,” he said. “We are there to support them but the boys run the meetings. They come to us with what they want to do on camp-outs, and we help them; but they run it.”

Many former troop members who have achieved elite Eagle status also come back and work with the boys. “There are some who have been out for 10 years but will come back to help if we need them,” Mortus said. The South Shore Rotary Club, the troop’s charter organization, has also been very supportive, he added. 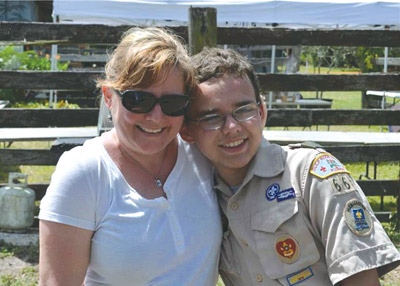 The troop is teaching young men “leadership qualities,” Amber Council said. “It’s unbelievable how many Eagle Scouts they have turned out. They had a board at our fundraiser that showed all the projects that have been done by Eagle Scouts around here, and it just makes you proud.”

Elijah’s project will see improved gardens at the Ruskin Woman’s Club. An April 12 “Shoot-Out and BBQ” fundraiser at Gun Craft Inc. in Ruskin helped raise more than $3,500 for the project, which will include a new irrigation system and new plants.

“We took him all over Ruskin to show him different things he could do, but he picked the Woman’s Club,” said Amber, who has been a member of the Woman’s Club “since before Elijah was born” but didn’t push her son to pick the club for his project.  “He has had lots of family members who have been part of the club, and he kind of grew up there with Easter egg hunts and visits from Santa Claus, and he remembers going there as a child. So I think it felt comfortable for him. I was honored when he picked it.” Elijah will start the project in two to three weeks.

“Every day he amazes me,” said Amber of her son, who has autism. “He just keeps maturing and blossoming. As a parent, it is rewarding.” 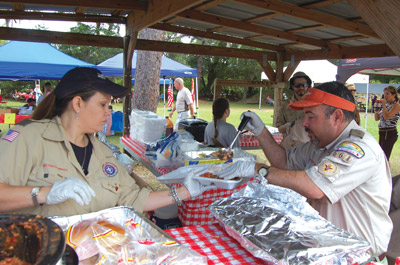 “He’s been at this since he was a Cub Scout so we are very proud,” said Travis Council, Elijah’s dad. “We have tried sports and other activities, but scouting has been what has worked. It’s funny because he is not an outside kid, but he enjoys the outdoor activities with Scouts.”

Travis has also noticed other children with autism on numerous scouting trips he has attended over the years. “I don’t know why it works, but it does.” 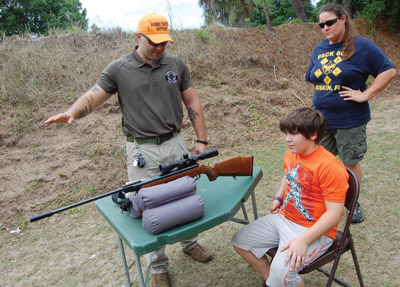 Chris Vetzel of Tomahawk Tactical goes over the rules and safety with 10-year-old Tyler Truax-Owen of Cub Pack 662. The shooting skills event was a huge success. 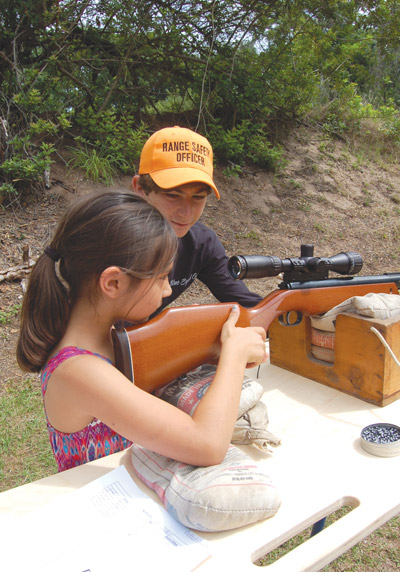 Zack Jones instructs seven-year-old Hannah Simmons in sighting the pellet gun on the target. Each participant got five shots at paper and metal targets, vying for the top score and a prize. 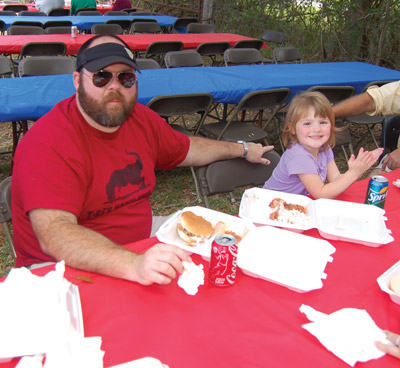 Dan Hartzog and daughter, four-year-old Emma, enjoy a barbecue dinner at the Shoot-Out and BBQ fundraiser on April 12 at Gun Craft Inc. in Ruskin. 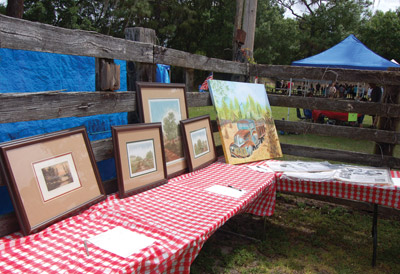 A silent auction and raffles (some 50/50) brought contributions.