Bill was a 50-year life member of the Elks Lodge #2672, the American Legion Sun City Center Post 246 and MENSA.  He attended Attica High School and the University of Buffalo; was a Navy veteran of the Korean War; and retired from the New York State Department of Corrections.

He was born January 28,1935, at The Plains, Ohio, son of the late Arthur and Irene Almashy Cline.

Lee was a Senior Analyst in accounting at Consolidation Coal Co. He was a Freemason, a member of the Scottish Rite and a Shriner. He was a member of the United Community Church. In addition to his parents, he was predeceased  by sister Dorthea Greer.

A memorial will be held in Ohio at the convenience of the family.

He was preceded in death by his parents, and his son Jessie. He is survived by his wife, Phyllis; daughters Courtney (Justin) and Cassandra (John); son Rocky Jr. (Rhonda); and five grandchildren.

A Celebration of Life was held Tuesday, April 21, at DD Ranch. 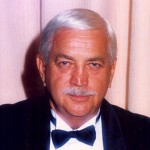 Don enjoyed 42 years with GE, starting his career as a draftsman, ending it as an electrical engineer. His career enabled him to travel the world multiple times.

He was an accomplished painter and writer. In his spare time, he built models of planes and ships; among them was a model of the USS Missouri.

He taught arts in Sun City Center and Brandon. He spearheaded a children’s art class at the Brandon Library, “Learn to draw with Uncle Don.”

Don was a wonderful and caring husband, grandfather and great-grandfather.

As per his request, no funeral service will be held.

Born in Passaic, N.J., she moved to Kings Point with her husband in late 2011. She is survived by her husband, her brother and several aunts/uncles/cousins. 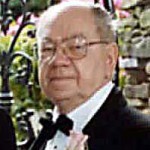 Stephen (Steve) Simon Murawski, loving son, brother, husband, father, grandfather and great-grandfather, lived a full life for 90 years and passed away peacefully on April 14, 2015, with his family by his side.

Stephen was born in Brooklyn, N.Y., on March 24, 1925, to Joseph and Sophie Murawski, one of five sons. He was baptized Catholic and served in the Navy during World War II in the South Pacific. Steve married Mary Holiwski on Nov. 22, 1947. Together, they had five children and stayed together 54 years, until Mary’s passing in 2001.

After his naval service, he worked as the head of Produce for Bohack grocery stores in New York until 1967. The family moved to Florida in 1971, and Steve worked at Speedling Inc. and retired from Plants of Sarasota in 1992. He loved growing things in his garden. And, man, could he cook! He was excellent in woodworking and general carpentry. He had an intricate eye for detail.

He was the best grandpa to his four grandchildren: Shannon Greenhalgh, Christopher Leibrock, Rebecca Dearth and David-Michael Houghtaling. He played with them, took them places and always had time for them. They’ve all grown up now and gave him seven great-grandchildren: Connor, Lukas, Alanna, Aria, John Wesley, Adam and Reed.

He was a good, decent, honorable man. That’s the true measure of a man. We’re all happy to have known and loved him.

Listing things a person did or relatives both living and deceased just doesn’t tell the whole story of the man. This man was great. Not famous. Just our dad. Our children’s grandpa and even great-grandpa. He did his job, never complained. He taught us how to be strong and have a good work ethic and how to speak up. As kids, he played with us, took care of us, yelled at us when we needed it. He taught us how to drive, how to hang wallpaper, how to cook. He loved a good Scotch and soda. He showed us how to live and be good people. He showed us love in many ways, and we love him. And we thank him for all that and more.

One of the best memories we kids have is of the entire extended family going to the park and having a picnic, playing together and visiting. As an honor to Steve, we’re having a picnic at the home of Diane and Mike Houghtaling on Sunday, April 26, 2015, at 1 p.m., to welcome family and friends, a celebration of a life well lived. There’ll be a toast with Scotch for Steve, for Dad, for Grandpa.

In lieu of flowers, the family requests donations to St. Jude’s Children’s Research Hospital in his name.

Family and friends will be received from 10 a.m. to noon Saturday, April 25, at The National Cremation and Burial Society, 308 E. College Ave. Ruskin, FL 33570.

In lieu of flowers, the Whitehurst family requests memorial contributions be made to the Sun City Center Hospice House.

The family will receive friends from 2 p.m. until time of service on Sunday, June 7, 2015, at the First United Methodist Church, 210 West Church St., Champaign. Memorial service will be at 3 p.m.