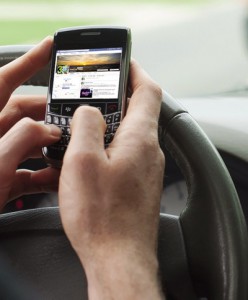 “It can be a beautiful thing,” said Aaron Zais, a freshman at Hillsborough SouthShore Community College. “But it can also be really, really ugly.”

“When Mark Zuckerberg invented Facebook, I don’t think he anticipated what a beast his creation would become,” said Zais. “His intention was for Facebook to be an alternative for college students to interact with other college students, and to get away from MySpace. Now, a decade later, everything has changed.”

What has changed with the emergence of social media is that communication is immediate, anonymous and accessible to anyone, regardless of their background or expertise on any given subject.

“It’s so easy for people to hide behind their computers and not really take responsibility for their actions,” said Brione Adams, a freshman majoring in psychology at the HCC SouthShore campus. “We have so much technology now, and virtually anyone can use it. You just have to choose whether to use it for good or bad. It’s up to you.” 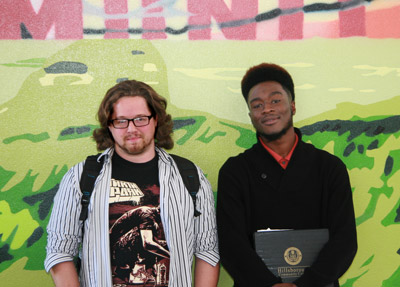 The most popular social-media site by far is Facebook, launched in 2004 by Mark Zuckerberg and his college roommates at Harvard University. Initially limited to Harvard students, it later expanded to other colleges, and ultimately, to the world. As of June 2014, Facebook had more than 1.3 billion active users and founders Zuckerberg and Dustin Moskovitz had become the youngest billionaires in history.

Author Ben Mezrich published a book in 2009 titled The Accidental Billionaires: The Founding of Facebook, A Tale of Sex, Money, Genius, and Betrayal. The following year, the film The Social Network was released and became a box-office hit. Even though some of the people portrayed in the movie (including Zuckerberg) criticized its accuracy, it still established Facebook as one of the most fascinating fables in modern history.

According to Nielsen, Internet users continue to spend more time with social-media sites than with any other type of site. But Zais warns that “people should be aware that they’re putting personal opinions out there that could affect their jobs, college acceptance and possibly their careers. I’m currently a government employee, and I can tell you it’s already happened to me.” Zais is majoring in agricultural science and plans to work for the U.S. Department of Agriculture (USDA), helping to establish U.S. quality food standards.

“I see social media as a double-edged sword,” said Brione Adams, the psychology major who hopes to one day mentor “at risk” youth in juvenile facilities. “On the one hand, there are people using social media for selfish, abusive and negative purposes. On the other hand, there are many positives, like finding missing persons, or creating a forum for freedom of speech and peaceful protest.”

Just as television changed the way people viewed media, the emergence of the Internet has changed the way people create media. According to statistics, nearly 80 percent of American adults are online, and more Americans get their news via the Internet than from newspapers or radio, according to a report published by CNN. Facebook and Twitter make news a more participatory experience than in the past as people share news articles and comment on other people’s posts. 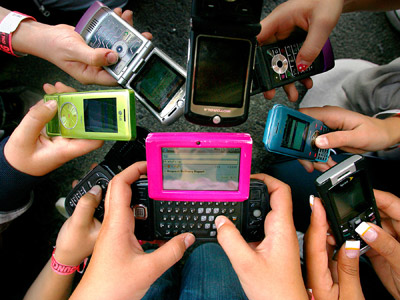 Unfortunately, the use of social media has caused significant problems for many young adults entering the job market. A 2013 survey of 17,000 people in six countries found that 1 in 10 people aged 16 to 34 has been rejected for a job because of online comments. A 2014 survey of job recruiters found that 93 percent of them check candidates’ social-media postings. Brandon Mendelson, author of Social Media Is Bulls**t, claims that the true owners of content created on social-media sites are the large corporations who own those sites, not the individual users.

“People complain about cyber bullies trolling around the Internet, but I look at Facebook and other social media as the cyber bullies themselves,” said Zais. “The abuse we’re doing to each other is small compared to what they’re doing to us on a large scale. Collecting statistics, selling products, invading people’s privacy — whether you’re at work or school, when you put your personal information out there, you’re throwing yourself to the wolves.”

Bernard Alexander, a business major who spent three years in active duty for the U.S. Army before returning to HCC, said, “I’m very careful about what I post on social media. I want to use social media to portray a professional image of myself, so I use nothing but professional photos on Instagram and Facebook. I want to be an inspiration to other students to respect themselves and put forth only the best image of themselves.”

Nicholas Carr, author of The Shallows; What the Internet is Doing to Our Brains, believes that the convenience and speed of the Internet often make it difficult to choose a slower, more thoughtful way of thinking. He writes that “fast [social] media and deep, slow thought don’t mix well.” Conversely, authors Lee Rainie and Barry Wellman reflect on the positive aspects of social media in their book Networked — The New Social Operating System. They write that “social media is used to document memories, learn about the world, advertise oneself and form business and personal friendships.”

For children, using social media can help promote creativity, interaction and learning. YouTube is the most frequently used social-media tool in the classroom, where students can watch videos, answer questions, discuss content and even create videos of their own.

Brione Adams believes it’s up to the individual to use social media for positive purposes.

“I purposely select friends on Facebook who put out positive messages,” he said. “I seek them out because it keeps me focused on positive principles.” For Brione, the issue is a personal one. “I came from a very negative environment growing up, so it’s important for me to change that now for myself and for others.”

Is social media a Beauty, full of unprecedented learning and teaching possibilities? Or a Beast that threatens to rob us of our privacy and destroy our ability to think for ourselves? You be the judge.