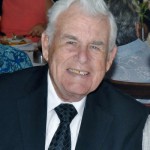 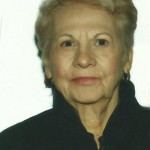 Angela Dudack Duggan, 94, passed away peacefully in her sleep April 10, 2015. She was a longtime resident of Sun City Center, Fla. Born in Yonkers, N.Y., she spent most of her early life in Bristol, Conn.  She was preceded in death by her late husband, Benjamin Dudack.

A Funeral Mass will be celebrated at St. Anthony Catholic Church, Bristol, at a later date.  Burial will follow in St. Joseph Cemetery in Bristol. 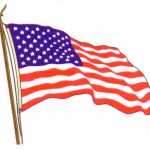 He married Beverly Ann Pratt on October 7, 1951, in Belmont, Mass., and they were together for 62 years until her death last year.

Mr. Heil was a fortunate survivor of both the June 1944 D-Day invasion of Omaha Beach in Normandy, France, as well as the Battle of the Bulge in the Ardennes Forest. His active participation in the war ended in April 1945 at the Elbe River in Germany, where his 295th Battalion met the Russian Army 60 miles from Berlin. His group then went to France, where they built two camps, and he was finally discharged and returned home in December 1945. In June 1994, Mr. Heil was able to attend the 50th reunion in France to commemorate the Normandy landing. And in May 2010, he was privileged to take part in an “Honor Air Flight” to the World War II Memorial in Washington, D.C., with 120 other veterans. In recent years he’d given talks on his war experience, and last November he served as Grand Marshal of a Tampa area American Legion Veterans Day commemoration.

Mr. Heil worked for many years at Hamilton Standard, a division of United Technologies, in Windsor Locks, Conn. He was their Quality Control Representative in the Midwest, living in Berea, Ohio, for more than 30 years, retiring in 1987.  He and his wife moved to Englewood, Fla., in 1991, and to Sun City Center in 2002. He was active in Methodist churches in Berea, Englewood and Sun City Center.

He loved golfing. He played golf for nearly 80 years, from when he started caddying at age 13 in Pittsburgh until his last round just a few months ago.

He also enjoyed being outdoors, traveling, visiting his children and grandchildren, watching football, playing cards, dancing, reading and Sudoku. He liked to cook, and his children loved eating his delicious bouillabaisse when they visited. With his engineering background, he was skilled at fixing just about anything.

Mr. Heil was predeceased by his beloved wife, Beverly, and by his sister and three brothers. He is survived by son Jeffrey Heil and wife Barbara of Westport, Conn.; daughter Dr. Elizabeth Heil of Oviedo, Fla.; son James Heil and wife Lissu Pasila of Lantana, Fla.; daughter Andrea Sand and husband Robert of Woodstock, Vt.; grandchildren Justin and Marissa Heil, Olivia and Jonathan Heil, and Anna Sand; and a number of nieces and nephews.

His children plan to gather for a private memorial service and burial of their parents’ ashes at Sarasota National Cemetery, with military honors for their father.

Arrangements are under the direction of the Sun City Center Funeral Home. Memorial contributions may be made to the American Heart Association and the Salvation Army. 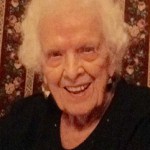 Helen Fisher Neal, 97, passed away in Indiana, Pa., on March 30, 2015. She had recently moved there from Sun City Center to be near her son Paul and his wife Laurie. Helen was the daughter of Frank M. Fisher and Edna Hutton.

Helen enjoyed 42 years in Sun City Center. For 27 of those years she sold real estate for Bess Jane and Coleman Connection Realty companies.

Survivors in addition to Paul are another son Robert Jr. and daughter Jean. There are also numerous grandchildren and great-grandchildren. She is also survived by her beloved dog Tina.

Helen was preceded in death by her wonderful husband Robert Sr., and her second husband Westmoreland Duncan. She was also the last member of her family of seven.

There will be a private Memorial Service at a later date.

James was a decorated veteran of World War II, having served in New Guinea and the Philippines from 1942 to 1946. He was a volunteer at South Bay Hospital, where he was named Volunteer of the Year in 2008.

Born in Brainerd, Minn., Roy served in World War II and moved to Sarasota in 1965, working until he was 91.

Donations can be made in Roy’s name to Lifepath Hospice Sun City Center. 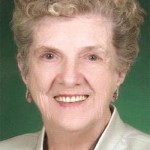 She was the beloved wife of the late James Earl Levine Zile.

Loving mother and mother-in-law of David E. and Diane Zile; The Rev. Eric N. Zile and The Rev. Cindy Tipton-Zile; Sheila and Anthony Pecoraro; and Brian E. and Cynthia Zile. Dear grandmother of five and great-grandmother of two; sister and sister-in-law of William and Dorothy Love and E. Gwen and Kenneth Storm Jr. She is also survived by nieces and nephews.

She was predeceased by daughter-in-law Linda Zile and granddaughter Karen Zile.

In addition to being devoted to her family, she was a member of the Col. George Mercer Brooke Chapter of the Daughters of the American Revolution.

Interment in All Saints Cemetery, Reisterstown.

Online condolences may be offered at www.eckhardtfuneralchapel.com.