Finding peace through children during The Troubles

Documentary hopes to tell a little-known story of how one man helped to end a war. The Observer News‘ Kevin Brady is part of that story. 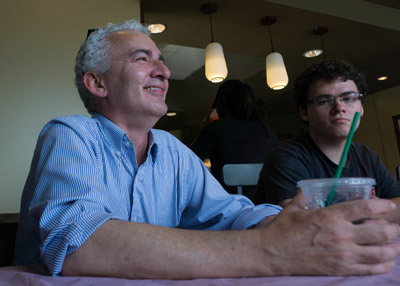 In the peaceful din of a Riverview Starbucks, Kevin Brady tells a story of a childhood of war and of finding peace. Mitch Traphagen photo.

In the peaceful din of a Riverview Starbucks, the conversation quickly turned to bombs.

“We weren’t old enough or big enough to throw the gasoline bombs,” Kevin Brady related. “So they would send me and my friends into the alleyways to hand the bombs to bigger guys. That was our life. That was my normal.”

Brady was describing his youth, perhaps at eight or nine years old, growing up in Belfast, Northern Ireland, during the height of what is known as “The Troubles.”

It was a war that lasted for more than 30 years. In the 1970s, it was presented to a shocked and confused American public in nightly news broadcasts and daily newspaper headlines. To Americans, the issues involved weren’t always clear, but, aside from the carnage, perhaps what was most terrifying, whether fair or not, was a bloody conflict in a part of Western Europe, not a far-off land with unfamiliar customs. By many appearances, it could well have been Wisconsin.

A news clip of a gasoline bomb igniting on the streets of Belfast, Northern Ireland, during The Troubles era.

Catholics and Protestants were at war in the tiny nation-state of fewer than two million people. But there was more than that. There were also unionists and nationalists, those intent on remaining in the United Kingdom, and those hoping for a united Ireland, with the independent, prosperous and peaceful Republic of Ireland to the south. To the world, Brady’s home city of Belfast became the epicenter of The Troubles, with armies, paramilitary outfits, roaming gangs, the IRA, so many groups and with so much carnage.

Brady, formerly of the Tampa Tribune and now with The Observer News Publications, became a test subject, of sorts. As the news shocked America and the world in 30-second clips and 800-word articles, one man in New York state decided to do something — even something seemingly minor — to help. Brady’s life changed forever as a result, and that man’s action may have played a small role in leading to a final peace, ultimately achieved in 1998.

Today, Northern Ireland is increasingly prosperous, although divisions still remain. Brady referred to it as the hot war being over but with a cold peace having settled in. 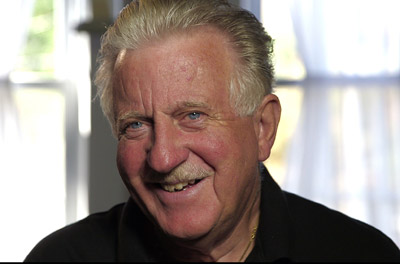 Denis Mulcahy, a former NYPD officer and the founder of Project Children, is notoriously uncomfortable with accepting praise for his efforts, preferring to talk about the work of volunteers in the group. Photo courtesy of Kevin Brady. Credit: Project Children

In 1975, when the war was assuredly hot, Denis Mulcahy, a modest man and an NYPD officer, sat down with his brother Pat and friend Duke Hoffman and conceived a plan.

They had hopes of sparing children from carnage, even if briefly, by raising money to bring a small group to their quiet upstate New York town for a respite from the bombs, the beatings and the killings.

The men held a fundraiser at their local American Legion post that raised $1,600 — enough to bring six children, three Catholic and three Protestant, to their town, and into their homes. In addition to a respite from chaos, it was also an experiment to prove that some issues are surmountable, if only by children.

Kevin Brady was one of the six children.

“In many ways I thought my life was fun,” Brady said, born only two years before The Troubles began in earnest. 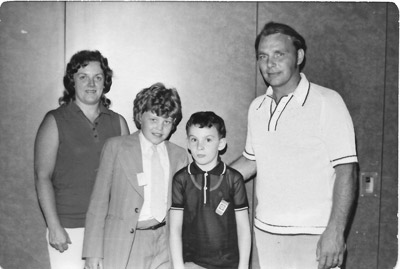 John Cheevers, left, and Kevin Brady, two of the first six children to visit the U.S. with Project Children, arrive at JFK Airport in 1975 to meet their host family, Carol and Duke Hoffman. The Hoffmans eventually adopted both boys so they could remain in New York and complete their higher education. Photo courtesy of Kevin Brady. Credit: Project Children.

“I didn’t realize that there was something wrong, that this is not how you were supposed to live,” he said. “We had a little war going on, and we had soldiers to play with. At least four nights a week someone would say, ‘OK, it’s time to get ready for the riots.’”

Brady and John Cheevers, another child of the original six, were each representing their own side of the war in some ways. On that 1975 flight to New York’s JFK Airport, they had a minor skirmish — not over religion but simply kids being kids, doing kid stuff. Brady recalls thinking that he hoped that he would be sent far away from that Cheevers kid.

Instead, they were placed together. Years later, Cheevers would stand next to Brady as the best man at Brady’s wedding. Much as Mulcahy and the original founders had hoped, at least one component of the conflict didn’t exist in children. It could also cease to exist in adults. 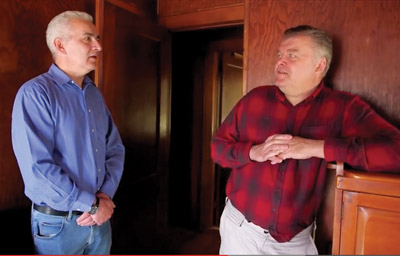 A clip from the documentary “Project Children” showing Brady and Cheever in a recent reunion in New York.

In the years since Brady and Cheevers made that first flight along with four other children, Project Children brought 23,000 children to America from what was then war-torn and weary Northern Ireland. Twenty-three thousand children, eventually growing to be adults and leaders, eventually helping to bring peace to Northern Ireland.

It is a remarkable yet little-known story. Then-President Clinton and U.S. Congressman Joe Crowley gave Project Children credit for helping to bring peace.

It is a testament to what people can do to bring about change for the better. It is a story of the heart, of hope over adversity, of strength and generosity of the many who wanted nothing more than to help children and, in the end, a nation, in need.

“Isn’t it better to light a penny candle than curse the darkness? And when you light 23,000 penny candles, you have a massive light,” Pat Mulcahy is quoted as saying.

And now award-winning independent producer and director Des Henderson wants to tell the story to the world by producing a documentary on Project Children.

Both Brady and Cheevers will be featured in the film, including archival footage of them being interviewed by a television station as children.

On April 13, a Kickstarter.com campaign kicked off to raise funds to produce the documentary. The link to the page may be found at tinyurl.com/observer-projectchildren.

“This is our final push to raise funds to finish the film to the standard we think the story deserves,” Henderson said of the campaign.

Henderson describes the project as “the astonishing true story of how an NYPD bomb disposal officer helped defuse a war in Northern Ireland.”

The film is supported by both the BBC and Northern Ireland Screen, which also backs the highly acclaimed series, Game of Thrones.

That 1975 visit changed Brady’s life. He said that growing up in Belfast he had never before seen the countryside, and what he saw in upstate New York was beautiful.

“I was very, very lucky,” he said. “I gradually realized that the way I lived at home was not normal. Once I saw that, I knew that it wasn’t normal, with the army coming down the street, people getting shot or getting their arms blown off.”

Both Brady and Cheevers stayed with the Hoffman family in their initial visit. That family brought Brady back three more times. By 1982, at age 16, he was no longer considered a mere child in the fighting. Things were about to get serious.

“You are turning 16, you are becoming an adult, and the police will have your number,” he said. “They start looking at you, you start getting threatened and harassed. In the neighborhood we lived in there was a gang that would pick all of their victims from our area and just do unspeakable things to people, torture them beyond belief.”

He told of watching nearby apartment buildings set ablaze and people being beaten in the streets.

Back in New York, the Hoffman family invited Brady back to stay, to finish high school in their town. At only 16 years of age, he left his home and made a new one in the United States.

“People like my Mom, the schoolteachers, they never lifted a finger in violence,” Brady said. “No matter how bad things are, the vast majority in any situation are decent and honest people. If people have to sacrifice for something better, they will do it. You can apply that to almost any conflict in the world. People are decent. Yes, there are nutters, but most people are good.”

Beginning with just $1,600 raised from a local American Legion post fundraiser, Project Children ferried 23,000 children from war and carnage, uniting them with 16,000 families, for a short respite and proving that the things that can tear people apart may not be so insurmountable after all.

“There are good-hearted, solid people in this world who make things better,” Brady said. “Like Denis Mulcahy, like the Hoffman family.”

Brady sat quietly for a moment, in the peaceful din of a Starbucks; next to him was his 20-year-old son, who could not possibly imagine his own father’s childhood. Certainly there have been and are wars with an enormous toll, but for many Americans, we are blessed with peace. In Riverview, in upstate New York, there is peace.

To learn more about Brady’s story, Project Children and how you can help with the documentary, visit tinyurl.com/observer-projectchildren or www.kickstarter.com/projects/projectchildren/project-children-the-documentary.