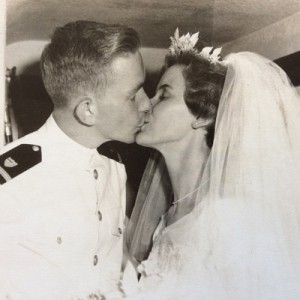 Beverly “Bev” Bluett passed away peacefully on March 31, 2015, at the Clare Bridge Memory Care unit in Sun City Center, Fla. She was a young 73, and will be missed immensely by her family.

Bev lived a wonderful, globe-spanning life with Denis Bluett, following the tides of his U.S. Coast Guard career. She was a supportive partner to Den, a loving and caring mother to her children and a vibrant friend to all she met, whether at work or within the military community.

She is survived by Den, her husband of 51 years; son Jonathan; daughter and son-in-law Victoria and Steve Murphy and their three children, Madison, Jacob and Camryn; as well as her brother, Philip Roger Pierpont.

A celebration of her life will be held in York, Pa., with family and close friends. In lieu of flowers, memorials may be made to the Alzheimer’s Association, P.O. Box 96011, Washington, DC 20090-6011.

She was the beloved wife of Stanley R Jangraw, to whom she was married for 39 years; after his death in 1987, she married Gerald T. Botti, and they were married for 16 years.

She was born in Lowell, Mass., on July 22, 1930, daughter of the late Leonard and Helen (Neipold) Thompson. She received her early education in the Lowell School System. She was employed early on at Donaldson’s Card and Gift Shop, where she was introduced to Stanley, and The Knew Knit Manufacturing Co. of Lowell.   She got a chance to enter into the world of electronics through the help of her brother-in-law, and she became a Quality Control Manager, her career until retirement.

She and Stanley were married Oct 2, 1948. Together they raised four children: Gary (Kathy) Jangraw of Valrico Fla.; Nancy Jangraw of Ruskin, Fla.; Scott (Karen) Jangraw of Nashua, N.H.; Carolyn (Paul) Jones of Ruskin. She is also survived by eight grandchildren and three great-grandchildren.

She had seven sisters and two brothers. She is survived by sisters Frances Cooper and Mildred Honeywell, both of Lowell, and her very best friend in the whole world, Mary Ragsdale of Ruskin.

Charlotte married Jerry Botti on February 14, 1990. They moved to Florida in 1994, where they lived on the golf course and enjoyed all that Florida had to offer. They loved Disney, Busch Gardens and the beach.

In lieu of flowers, the family would like donations to LifePath Hospice, for the compassionate and loving care they gave her;   www.chaptershealth.org/giving/Donate-Now. 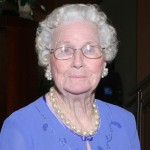 Gladys Edwards Lemley, 96, went home peacefully on April 1, 2015.  She was born in Dover Center, Ohio, and spent the majority of her life in Columbus, Ohio. Gladys retired to Sun City Center, Fla., to spend her last few years living with her family.

She was passionate about her family, her church and her work.  While in Ohio, she was an active member of her church, Linworth Baptist Church, where she made many friendships.  Gladys worked a variety of jobs over the course of her 96 years, many of which consisted of caring for others. Whether it was cooking, cleaning or being a caretaker for children, she took pride in every job she had.

She will be remembered as a strong woman who always spoke her mind and loved God and her family dearly.

Employed as a medical transcriptionist for the federal government, Mom took time off to raise her family. After relocating with “Schreck” to Naples, Fla., she continued in her profession, working in the Medical Records Department at Naples Community Hospital. Retiring to Sun City Center, Mom was involved in the Sew ’n Sews, Ceramics Club, Flower Arrangers and Abigail Circle. She loved gardening, sewing and music.

She was preceded in death by her parents, brothers, first husband Keith D. Schreckengast and second husband Dale L. McIntire. She is survived by daughter Annie (Mark) Hunter of Sun City Center; and son David Schreckengast of Ruskin, Fla.

Lucille (Stancil) Stanfill, 88, passed away April 3, 2015. She was born in Ellenton, Fla., but was a longtime resident of Ruskin. She was also a member of the Destiny Church in Ruskin, where she attended services regularly.

Lucille was preceded in death by her loving husband, James (Jake) Stanfill. She leaves behind a host of many nieces, nephews and her beloved cat, Bootsie.

In Lucille’s memory, memorial contributions may be made to Tidewell Hospice of Ellenton. 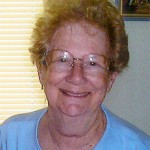 Dolores Elizabeth “Dee” Suisman died February 27, 2015, at The Courtyards, Sun City Center, Fla.,   caring friends at her side.  Born August 26, 1926, in Atlantic City, N.J., she was the first child of Benjamin Suisman and Alice (Suesseger) Suisman. She attended Atlantic City schools until 1941, when she moved with her family to the Canal Zone in the Republic of Panama.

After graduating in 1944, Dolores began what would be a 28-year career with the U.S. Government in the Canal Zone, with a few years’ hiatus spent in New York City. In the Canal Zone, Dolores worked in the public affairs offices of both the U.S. Army and the U.S. Air Force before joining the Panama Canal Information Office as a writer in 1973. Along the way, she picked up the nickname of “Dee.”

Retiring from the Panama Canal Company in July, 1979, Dee left Panama to join her family in Sun City Center. Dee was predeceased by her parents, her sister, Eileen, and her brother, Robert.

Services for Dee will be held later this month at Our Lady of Guadalupe Catholic Church.