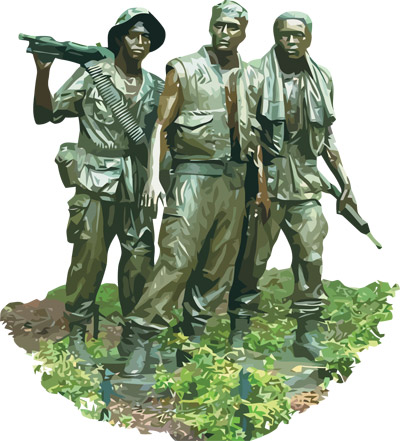 The ticker-tape parades that welcomed home veterans of World War II were absent when Vietnam veterans returned from war. Vilified by some, ignored by many, Vietnam veterans were forgotten for years, participants in a war many politicians and the public seemed to want to forget.

There may be no amends for that national oversight, but local veterans and their supporters will do their part this weekend with a “Welcome Home Vietnam Veterans Day” ceremony Saturday, March 28, at Veterans Memorial Park, 3602 SFC Paul Ray Smith Memorial Highway (U.S. 301 N.). The annual event honors all veterans who served in Vietnam, including a special remembrance for those who did not make it back.

“People are welcome to come and be celebrated, honored and thanked,” said Walt Raysick, a Vietnam veteran and past president of the Veterans Council of Hillsborough County who is helping organize the event. “We don’t want people to forget,” he said.

Ending in 1973, the Vietnam War took the lives of more than 3 million people, including 58,000 Americans, and introduced the U.S. to terms like Agent Orange and Post Traumatic Stress Disorder, PTSD, which scar the lives of thousands of veterans to this day. 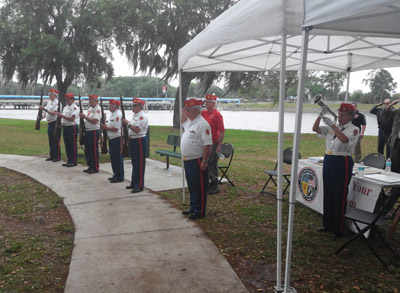 “Today’s war is different,” Raysick said. “You go as a unit and you come back as a unit. In Vietnam, 80 to 90 percent of us went over as individuals, joined a unit, and when we left, we left as an individual because each had different end dates of your tour. So when you came home in uniform and were disgorged at civilian airports, you would come in contact with protesters and that kind of stuff.”

The ceremony will commemorate the 50th anniversary of the Vietnam War as recognized by the U.S. Department of Defense.

Rolling Thunder, Florida Chapter 11, will also conduct the POW/MIA Missing Man Ceremony followed by a rifle salute and taps by the Riverview Detachment of the Marine Corps League.

Following the ceremony, the Suncoast Vietnam Veterans Chapter will conduct a reenactment of the Last Patrol in the closing days of the Vietnam War.  The living history performance features patrol members, a K9 war dog, smoke for special effects and music from the 1960s.

The event, which is open to the public, starts at 11 a.m. Saturday, March 28, and is organized by the Veterans Memorial Park and Museum Committee Inc. and the Veterans Council of Hillsborough County.

Refreshments will be provided by the Women and Men’s auxiliaries of the VFW Post 8108, Riverview, at the main pavilion.