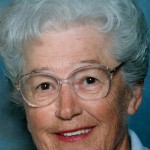 After graduating from high school, she met her sweetheart, Robbie, and they were married in 1944. They moved to Hicksville, N.Y., where they started their lives together. Her administrative career soon changed to homemaker and farmer’s wife when Carol arrived 15 months later, followed by Irene in 1950. In 1954, they moved “east” to their farm in Mount Sinai, N.Y., where they grew spinach, lettuce and cabbage for the East Coast markets. Bobby soon came along and the house in Mount Sinai became the focal point of her life until they made the permanent move to Sun City Center in 1988.

Bowling was her love for many years but it changed to the small ball and the world of golf in her mid-40s, which later prepared her for the many memorable good times and outings in SCC. Locally, she was a member of the Polish Heritage Club and the Council of Catholic Women.

Jane loved her animals, too. It started with the farm cats she fed daily, and the two house dogs, Spotty and Sirloin. In SCC, it changed to ducks and birds, including the two ducks that were named after the youngest grandkids. They came to her backyard for years for their little daily snack. The smile it brought to her face will be remembered always.

Jane was preceded in death by her husband of 61 years (2005); her daughter Carol Abramowski Mason (2002); and Carol’s husband John (2007). Jane was also the youngest and last surviving family member of eight siblings (seven girls and one boy).

A Memorial Mass will be held at 11 a.m. on March 14, 2015, at Prince of Peace Catholic Church in Sun City Center. A burial service will take place at a later date. In lieu of flowers, memorial contributions can be made to your local Humane Society or to the American Heart Association at 11207 Blue Heron Blvd., St. Petersburg, FL 33716. 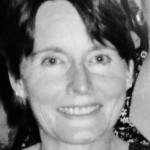 Denise Fillmon (Johns), 59, of Tampa Bay area, passed away on February 15, 2015. Our precious “Niece” was called by the Lord, reunited with her beloved daughter Tara. A treasured soul, Denise was loved by all whom she touched through her life. Beloved mother, sister and grandmother.

A memorial service will be held at 11 a.m. at First Baptist Church of Ruskin on Saturday, March 7. 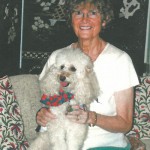 Jeanette is survived by husband Bill Redding and their faithful canine companion Amber. Jeanette was born in Waukegan, Ill., November 11, 1937. She spent most of her life in northern Illinois until she and Bill moved to Sun City Center in 2000. Jeanette graduated from Waukegan High School in 1955, and then went to work for Illinois Bell Telephone in an administrative role.

In her spare time, Jeanette was an avid golfer and bowler, but her real passion was sports car racing. After Jeanette purchased her first Austin/Healy, she was hooked and became the first woman to join the Northern Illinois Sports Car Club, riding rallies and circuits with them in the Midwest.

Jeanette eventually landed an administrative job with NICASA (Northern Illinois Council on Alcoholism and Substance Abuse) until she realized her true calling was to help people with addiction problems. In her spare time, Jeanette went back to school and got her certification as a drug and alcohol counselor as well as a biofeedback specialist. Jeanette loved her work and did this until she and Bill moved to Sun City Center.

Jeanette, having been on a spiritual path for some time, found it easy to get involved with the Metaphysical Society of Sun City Center, Unity Community of Joy Church of Ruskin, and First Unity Church of St. Petersburg.

Jeanette was loved and admired by her family and friends for her sweet, loving and giving nature. Her presence will be missed, but her spirit will live on in all our hearts.

There will be a celebration of Jeanette’s life at 1 p.m. Saturday, March 7, 2015, at Sun City Center Funeral Home, 1851 Rickenbacker Drive, Sun City Center.  In lieu of flowers, contributions in Jeanette’s memory may be directed to LifePath Hospice of Sun City Center and C.A.R.E. Critter Adoption and Rescue Inc. of Ruskin. 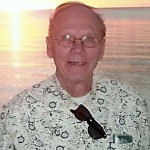 He was preceded in death by his wife of 25 years, Judith Cunard, and his parents, Frank and Mary Rutkowski, of Kingston, Pa. He is survived by sons, Jerry (Donna), of Virginia, and Jim of New York; four grandsons; sister Janice (Jim) Connelly, of Georgia; companion Maureen Kaiser of Florida; and several nieces and nephews.

Jerry enjoyed a long professional career at Bendix and CAE-Link, as first a Drafter and then a Project Administrator in the defense contracting industry. He is originally from Kingston, settled in Endwell, N.Y., then retired to Sun City Center. He enjoyed several clubs and activities at the Sun City Center Community Center, volunteered with the Security Patrol, and worked part time at Publix grocery store.

Jerry will be most remembered and revered as a kind and selfless man who put others’  needs above his own. His inner circle frequently heard his motto, “Clean house, trust God and help others,” and he embodied this principle by performing countless compassionate tasks to help and uplift other people.  Jerry enjoyed gardening, fishing and spending time with friends and family.

His life will be celebrated at a Funeral Mass at noon on March 6, 2015, at Saint Anne’s Catholic Church, 106 11th Ave. NE in Ruskin. Family will receive friends and share memories at a reception after Mass.

She was preceded in death by her parents, Frank and Virginia Stone, and by her half-brother, Robert Dale Stone. Survivors include her husband of 64 years, Bill Tryon; son and daughter-in-law Mark and Carol Tryon; daughters and sons-in-law Randi and Jeff Reynolds and Melinda and Michael Tunner; seven grandchildren; and 11 great-grandchildren.

A memorial service will be held at a later date. In lieu of flowers, memorials may be made to the H. Lee Moffitt Cancer Center, 12902 USF Magnolia Drive, Tampa, FL 33612 or St. Andrew Presbyterian Church, 1239 Del Webb Blvd. West, Sun City Center, FL 33573.

Frederick Werner Jr. died peacefully at his home in Sun City Center, Florida, on February 23, 2015, at the age of 88. He previously lived in Warwick, N.Y., and Eldred, N.Y.

He was predeceased by his loving wife, Eleanor, after 62 years of marriage.

He was an Eagle Scout, an Army veteran of World War II, a member of the Masonic Lodge in Middletown, N.Y., and the past vice president and beloved member of the Excelsior Sportsman’s Club Inc. in Eldred.

The family will be having private services in New York. Arrangements by Sun City Center Funeral Home. 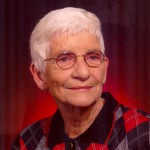 It is with a heavy heart we announce the passing of Lorraine Ellen Whitman on February 25, 2014; a mother, wife, grandmother, great-grandmother and friend to many. She passed at South Bay Hospital in Sun City Center, Fla., of natural causes.

Lorraine was born on September 3, 1929, in Indianapolis, the daughter of the late Mary Shaw and Walter Samuel Agnew. In 1972, she moved from Indianapolis to Florida, where she worked for Hillsborough County School Security.