Courage in the face of “The Big C” 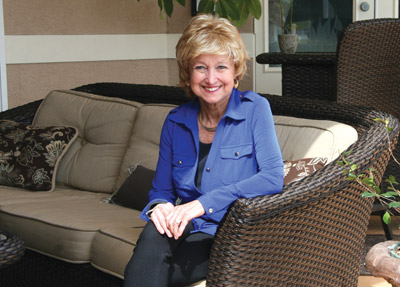 Cancer. “The Big C.” It’s a word that strikes terror in the hearts of many and stoic resolve in others. It’s not uncommon for people to shut down mentally once they hear the word “cancer.” But for Apollo Beach resident Lorraine Ellwood, the diagnosis of cancer brought neither anguish nor self-pity.

“I was in shock at first” she acknowledges, “but after going through all the initial emotions, I made up my mind right off the bat that I was going to beat it. There was no other option.”

In October 2013, Lorraine was diagnosed with T-cell lymphoma, a form of blood cancer. Lymphoma occurs when white blood cells of the immune system begin to grow and multiply uncontrollably. Cancerous lymphocytes can travel to many parts of the body, including the lymph nodes, spleen, liver, bone marrow, blood or other organs.

“There’s a fear that goes through you when you are told you have cancer,” said Lorraine. “It’s so hard in the beginning to think about anything but your diagnosis. But then the will to live takes over, and you spring into action.”

T-cell lymphoma can be either aggressive or slow-growing. Because there are so many different types of T-cell lymphoma, treatment varies. Standard lymphoma therapies include chemotherapy, radiation, stem cell transplantation and surgery. In Lorraine’s case, doctors recommended stem cell transplantation, a process she endured over a two-year period at the Moffitt Cancer Center in Tampa.

Any battle with cancer affects not only the patient but friends and family as well. “It was really hard on my husband,” said Lorraine. “He became my caregiver. He had to cook, clean — all the things that I had always done for him.”

Lorraine planned ahead for her treatment, preparing and freezing casseroles that her husband could heat and serve later. “He did super,” she said. They also relied on the help of family and friends who donated their time, moral support and plenty of homemade casseroles during Lorraine’s two-year ordeal.

A veterinarian who owned her own practice in Columbus, Ohio, for 35 years, Lorraine had always been active and passionately involved in life.

“I was physically fit, always exercising and working,” she said. She credits her resolve to beat cancer to the fact that she had so much to live for, including her husband, Ron, and 24-year-old daughter, Ashley, who, like her mother, was pursuing a career in veterinary medicine.

While some people fear cancer itself, others are afraid of cancer treatments and wonder how they’ll get through them. The dread of pain and suffering is one of the greatest fears of cancer patients.

Personal beliefs and experiences play into how a person faces their illness. “I had a spiritual reawakening,” said Lorraine. “I had to remind myself of my belief that, if the Lord leads you to it, He will lead you through it.”

In her two years of battling her disease, Lorraine never allowed herself to slip into despair. “I kept exercising and making myself be positive,” she said. “I saw people in the cancer ward who stayed in bed and fell into depression, and I was determined not to be one of them.”

Lorraine even found time to create the “Aa-ha Women” — a group dedicated to sharing personal stories of spiritual awakening, and helping others face hardship. Together the “Ah-ha Women” produced a calendar and sold advertising for it, raising $5,000 for the My Warrior’s Place veteran retreat center in Ruskin.

Cancer can alter your self-image, especially if you lose your hair during chemotherapy.

“It’s really traumatic for women to lose their hair,” said Lorraine, whose hair began falling out within 10 days of treatment. She responded to the loss by purchasing a selection of blonde wigs that reflected her natural style and hair color.

“Some women are comfortable just being shaved bald, or wearing a scarf,” she said. “I wasn’t.” 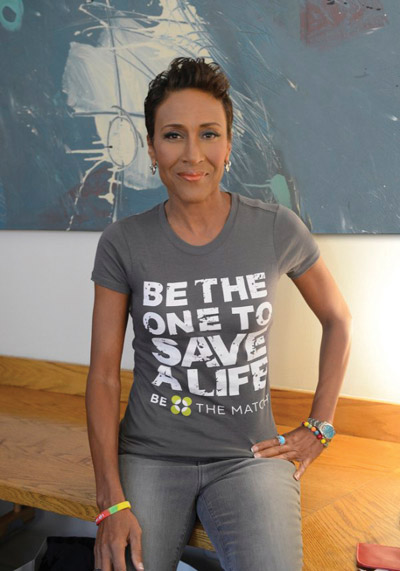 Robin Roberts has become a spokeswoman for the fight against T-cell lymphoma since her recovery in 2013. Her foundation, Be the Match Registry, has received tremendous support, dramatically increasing the national list of potential bone marrow donors.

Lorraine believes that celebrities like Angelina Jolie and Robin Roberts are instrumental in fighting the war against cancer, inspiring others and shedding light on the disease.

Roberts went public with her battle against T-cell lymphoma in 2012, and has become an admired spokeswoman against the disease. Her foundation, Be the Match Registry, has received tremendous support, with 200 to 300 people per day signing up to be potential bone marrow donors.

These days, Lorraine is thrilled to be celebrating her “cancer-free” status, and is getting stronger and stronger each day. She walks three miles per day, goes shopping, and enjoys socializing with friends.

“Animals are a big part of my life,” she said, “and they’re very therapeutic. It’s all about taking care of something other than yourself.” She said that they plan to add a new puppy to the family within the month.

It is inspirational women like Lorraine Ellwood who make people realize that facing “The Big C” can be done with dignity, courage, and generosity toward others.

When asked what advice she would give to anyone facing a diagnosis of cancer, she said: “Do the research, keep exercising, stay positive, and be sure to talk to someone who’s been there.”