Water Ski Museum worth the trip.

Spanning 9 decades of the sport’s history

Located off Florida’s busy I-4 interstate between Tampa and Orlando, and just 20 minutes west of Walt Disney World, the “Water Ski Experience” Hall of Fame and Museum is a short drive away — and well worth the trip.   The bright blue building, visible from the freeway, houses the USA Water Ski national governing body, sanctioned by the U.S. Olympic Committee. Even if you’re not necessarily an enthusiast of water skiing, you will find that this museum is a gem, packed full of interesting artifacts that tell the story of this area of Polk County, dubbed “The Water Ski Capital of the World.”

The Water Ski Experience contains memorabilia from famed Cypress Gardens, which, for more than 70 years, was located in nearby Winter Haven. The iconic Florida attraction, created in 1936 by Dick Pope Sr. and his wife, Julie, grew famous for its historic water ski shows, charming Southern belles and spectacular botanical gardens — and ultimately became known as the “Water Ski Capital of the World” because it was the site of many of the sport’s landmark firsts, with more than 50 world records broken there. 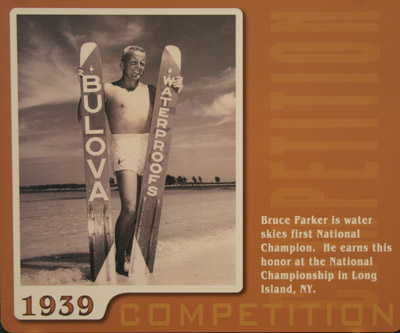 Bruce Parker was the first national champion water skiier. He earned this title at the National Championships in Long Island, N.Y., in 1939.

During World War II, soldiers visited Cypress Gardens, and waterskiing was introduced for their entertainment. Numerous movies were filmed at Cypress Gardens, including a string of Esther Williams films and TV specials in the 1950s and 1960s. Many celebrities and dignitaries visited the park, including Elvis Presley, King Hussein of Jordan, and his son and successor, King Abdullah II. It was also the site of a Johnny Carson special.

Over the years, Cypress Gardens struggled to survive after a series of financial misfortunes, repurchases and natural disasters, including being ravaged by three hurricanes.  The much-loved water ski site was finally purchased in 2010 by Merlin Entertainment, which converted it into its fifth Legoland, as it remains today.  On April 14, 2014, Cypress Gardens was added to the National Register of Historic Places. 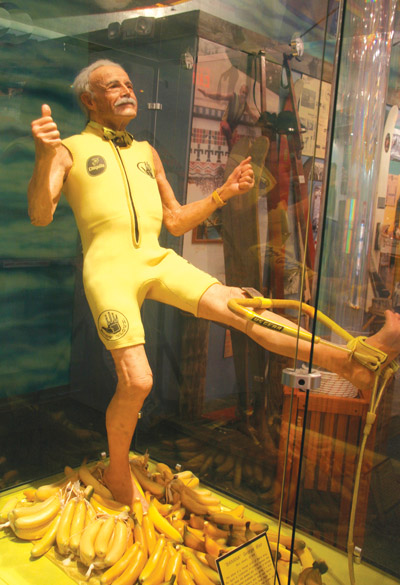 The Water Ski Museum celebrates nearly 100 years of water-skiing history, starting in the early days of Cypress Gardens and continuing through today.  The museum houses items of memorabilia, vintage skis and related equipment, classic photos, press clippings, and highlights from historic competitions and events. Since the creation of the sport by Ralph Samuelson in 1922, water skiing has grown immensely and evolved dramatically.  The Water Ski Hall of Fame and Museum is administered by the USA Water Ski Foundation, a not-for-profit public foundation formed in 1968 to preserve and promote the sport of water skiing and all towed water sports.  The Water Ski Hall of Fame was established in 1982 to “honor and perpetuate the names and accomplishments of skiers, pioneers, and officials whose dedication and competitive achievements at national and international levels brought lasting fame to the sport of water skiing.” To date, it has inducted more than 70 individuals who have made major contributions to the sport of water skiing.  The 33rd annual induction ceremony is scheduled to take place April 18 at the Water Ski Hall of Fame facility. 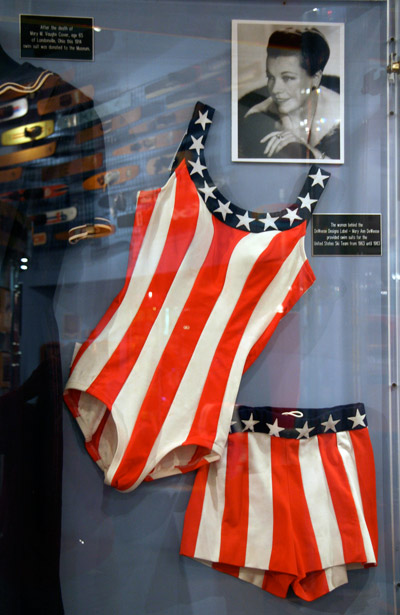 Memorabilia displayed at the museum include the first pair of water skis worn by the “Father of Water Skiing,” Ralph Samuelson, dating to 1922.  You’ll also see a 1954 Correct Craft ski boat, ropes and handles dating to the 1920s; original costumes worn by Cypress Gardens show skiers; and historic trophies, medals and stamp collections, as well as a life-sized wax figure of “Banana George” Blair, depicting the much-loved Winter Haven icon known for his barefoot skiing and trademark yellow “banana”-like wetsuits. Banana George held several entries in the Guinness Book of World Records and continued his active lifestyle barefooting  and snowboarding until age 92.  He passed away in 2013 at the ripe old age of 98.

The Water Ski Hall of Fame and Museum is open Monday through Friday 10 a.m. to 5 p.m.  For more information, visit the website at www.usawaterskifoundation.org or phone 863-324-2472.

Almost There is almost here