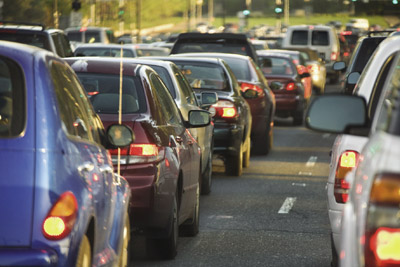 When plans for widening Big Bend Road and improving I-75’s on ramps and off ramps at Big Bend were made, developers of a proposed mall larger than Brandon’s Westfield Mall were required to pay for many of the improvements.

But as reported previously in The Observer News and The Current, the mall’s developer could not get the anchor stores he needed to begin his project, and so far, no concrete plans to build it are in place.

“The county and state did a study on traffic needs when that project was still alive,” said Charles White, transportation review manager for Hillsborough County. “Now that that project is stalled, it isn’t moving forward.”

And that means the improvements to the roads that were required of that developer will not be done until his project begins — if it does begin.

“Legislation passed by the State of Florida says that developers must pay portions of the impact to roads, including traffic lights and widening when their projects are approved,” White said. “But the slowdown in the economy that has prevented the mall planned for Big Bend Road will impact traffic in that area for at least two more years. We’re examining funding sources now to do several things to relieve traffic.”

In an interview Dec. 31, White said that project construction by the county is at least a couple of years away because it needs to find funding sources.

“This is a result of legislation, and of the mall’s not being built as planned,” he said. “Now the county is left to do more than originally planned.”

What the county wants to do first (when funding is found) is to construct an overpass, similar to the one on Progress Village Road, that will extend several hundred feet. It will be an east-west overpass that will connect U.S. 41 and U.S. 301 via an extension of Apollo Beach Boulevard that will be built through the Waterset and Belmont communities, White said.

Meanwhile, Big Bend Road is in for some extreme traffic.

As it now stands, rush hour often sees lines for interstate ramps extending east from the ramps all the way to U.S. 301 and two-thirds of the way west toward U.S. 41.

St. Joseph’s Hospital – South is due to open Feb. 1, and St. Joseph’s has built a road into that complex and set a new traffic light there, as required with its permit. Still, the people using that hospital will have to use Big Bend Road to get to and from their jobs and medical needs.

That is no small impact, considering that the hospital will have 18 specialties, 90 private rooms, 22 specialty rooms, an emergency room, a birthing area and more.

Another thing impacting the area is Duke Realty’s industrial park set to be built just west of Waterset and east of U.S. 41.

Yet by unanimous vote, Hillsborough County Commissioners approved an amendment Dec. 9 to the Waterset development plan that includes eliminating the developer’s obligation to widen a portion of Big Bend Road.

At that meeting, the Commission agreed to allow Newland Communities to make a number of changes to its development agreement at Waterset, which is on the south side of Big Bend Road almost exactly across from Kings Lake  — a housing and office complex just west of East Bay High school and Eisenhower Middle School.

Meghan Gottlieb, community representative for Newland Communities, builders of Waterset, said that the housing industry slowdown caused them to build only 256 of the 3,800 homes originally planned as the first stage of  what could be a 6,428-unit complex of single- and multi-family homes containing 348,480-square feet. There also would be a substantial amount of office space.

The projects that were eliminated from Waterset’s obligation are a southbound I-75 exit ramp at Big Bend Road (a second one — not improvements to the existing one); widening portions of Big Bend Road from four to six lanes; extension of Leisey Road over CSX Railroad to U.S. 41; and reducing the obligation of constructing an I-75 overpass of Apollo Beach Boulevard to ultimately connect with C.R. 672. The last part of this reduction on Waterset’s part is in plans by the county, according to White.

Minutes of the Dec. 9 Commission meeting report Commissioner Sandra Murman as saying “The widening of Big Bend Road isn’t an either-or situation today. We will get Big Bend Road funded and get those improvements made. This is so important to us.”

At that meeting, Newland’s attorney Andrea Zelman told Commissioners that Newland has offered to make a study to synchronize traffic lights to relieve congestion on Big Bend Road and also to make improvements to the intersection of Apollo Beach Boulevard and U.S. 41 where a new Town Center will be constructed by 2016.