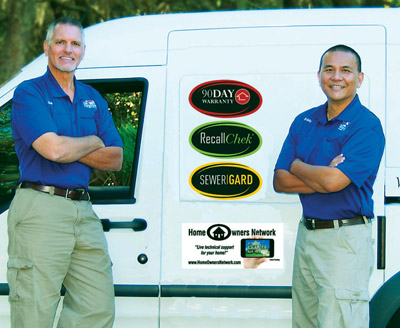 Beating out hundreds of entrants, a Riverview-based company is among the finalists for one of the most prestigious business awards in Central Florida.

Waypoint Property Inspection is one of eight candidates for the best small business in the Bright House Regional Business Awards.

More than 450 companies from Hillsborough, Pinellas, Polk, Pasco, Hernando, Citrus, Manatee and Sarasota counties applied for the awards, which are divided into four categories: start-ups, small business (5 to 25 employees), medium business (26 to 100 employees) and large business (101 to 500 employees).

“This is a regional award and to be a finalist is a huge honor,” said Tanya Doran, executive director of the Greater Riverview Chamber of Commerce. “Businesses around the region, in many different counties, apply for this valuable award.”

Winners will be announced Feb. 5 at the Tampa Convention Center, where prizes worth more than $1 million will be awarded, including commercial TV production, air time, customer newsletters and cash. The awards honor companies, organizations and people who have impacted the community with their products, services, and leadership.

“We basically stumbled across [the award] last September,” said Bob Hintze, Waypoint’s general manager and founder. All the employees at the company had a hand in the application process. “We were not thinking too much of it, just that it was a great way to really let you see what you have done as a company,” Hintze said.

Waypoint is a family-owned and -operated business that offers comprehensive and specialty home inspections. Serving greater Tampa and surrounding communities, the firm has completed more than 7,000 inspections. The company offers inspections for clients buying and selling their homes or businesses.

Notified in November that they had made the first cut, Waypoint was told they had a week to create a presentation before a board at Bright House. “Then we got an email saying we were one of the finalists. It is pretty exciting,” Hintze said.

Founded in 2005 with Hintze alone at the helm, Waypoint now employs five people. “I was a sole proprietor until early 2013, but since then I reinvented what I wanted to do as a company and brought on another inspector, and from that we expanded to the point we now have three inspectors and two people that do marketing,” said Hintze, who has seen a 40 percent increase in business over the last year. “It was a rethinking of where we wanted to go with the company, and we have just exploded.”

Hintze also believes a company’s success is measured in more than profit-and-loss statements.

“He is a very generous individual that gives back to the community,” Doran said.

Among the groups Waypoint supports is Visions of Hope International, where the company is the primary sponsor of a program that offers assistance to men and women who are rebuilding their lives after escaping domestic violence. Visions of Hope provides group sessions, workshops, seminars, fundraisers and one-on-one assistance to victims. [The group, founded by Apollo Beach resident Lorianne De Loreto, had its inaugural fundraiser in Sun City Center last July.]

“They help people get back on their feet and become more independent,” said Hintze, who recently joined the group’s board of directors. “We are very strongly aligned with them and involved in everything they are doing.”

The company also supports Toys for Tots, contributing to and acting as a drop-off point for the Christmas toy drive. Waypoint also partnered with a 2014 candidate for honorary mayor of Riverview, Christian Beiter, supporting the YMCA’s Camp Christina along the way. [Candidates for the honorary position compete to raise the most money for their designated charity.]

Giving back has paid off for the firm. “We just decided we are going to act like a big company, and part of being a big company is giving back to the community,” Hintze said. “The subset is that you want to be seen as a steward in the community, but we do it because we think it’s the right thing to do. We have an adage that we are successful and we surround ourselves with people who are successful because we feel the more successful we are the more people we can help. That’s really what we are built upon.”

It’s not the first time a local business has received a nod for excellence from Bright House. Last year, Hess & VanLandschoot Orthodontics in Riverview took first place in the small-business category award.

For more information about the Regional Business Awards and to purchase your tickets/tables, visit www.brighthouse.com/RBA.