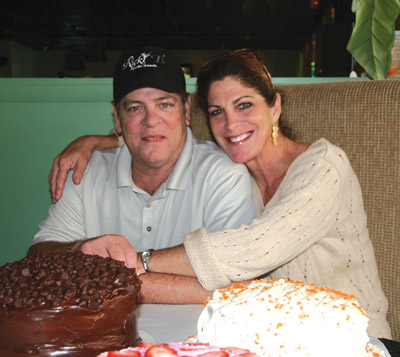 Ricky’s Restaurant and Lounge in Apollo Beach has long been a popular dining place and watering hole in the area.  But some local diners are delighted to find that Ricky’s also serves up some of the most delectable desserts around. Thanks to chef Michael Reedy, customers can enjoy such “made from scratch” creations as chocolate cake, fresh strawberry cake, spumoni, lemon cake, cannoli,  and “real” carrot cake.  Pair one of these with a nice glass of Bordeaux or cafe latte, and you can be in diner’s paradise.

“I use nothing but fresh ingredients in all my desserts,” says Michael, citing the real grated carrots that make up his carrot cake, and the fresh strawberries that go into his strawberry cake. “This is the only place in town where you can find this kind of quality in a dessert,” he says.  Kelly Reedy (Michael’s sister and fellow operations manager) agrees.  “We believe in going the extra mile for our customers,” she says, “and it shows in everything we do.”

That would explain the popularity of this local spot, which seems to be packed nearly every night of the week. “We like to cater to every kind of customer,” says Kelly, and this philosophy shows in their diverse offerings of food, drink and entertainment. 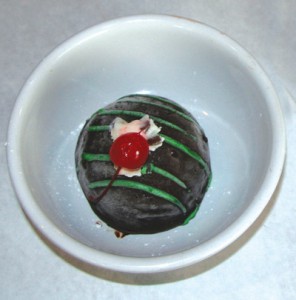 For Happy Hour patrons, there are tempting drink specials, including the popular $4 “shot of the day.”  For diners, Ricky’s offers a tasty appetizer menu,  featuring wings, shrimp, crab cakes, grouper bites, garlic knots, bruschetta and loaded nachos.  Their “build your own” burger and Philly cheesesteak sandwich are regular favorites.

Michael and Kelly credit the success of Ricky’s to their attention to detail and caring attitude toward their patrons. “Every customer who comes through the door knows they’re going to get a big smile and great service,” says Kelly. “Our customers know that both our staff and management will work hard to make them happy,” says Michael.

Ricky’s Restaurant came into existence in February 2014, when new owner Rick Tuberosa purchased the existing venue.  Well known as a busy stockbroker for Ameriprise in Sun City Center, Tuberosa began searching for a top-notch management team that could operate Ricky’s.

He quickly found what he needed in the Reedys.  The brother-and-sister team have a long, prestigious background in the restaurant business. Kelly spent 18 years at Circles Waterfront Restaurant, wearing the many hats of server, bartender and manager.  Many of her patrons today have come from being longtime loyal customers from her past.  Similarly, Michael honed his chef skills during 30-plus years at some notable Tampa Bay restaurants, including Lorenzo’s Italian Restaurant and Crabby Bill’s. 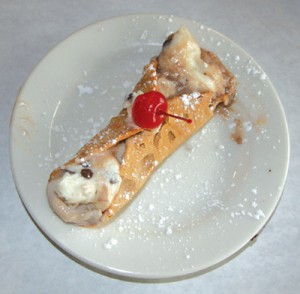 It’s not just great food that makes Ricky’s Restaurant and Lounge special.  It’s also their dedication to offering entertainment to appeal to a wide variety of audiences.  Friday and Saturday nights pack in the crowds with live acts such as Dave Kohl “Easy Man,” Cosmic Pearl and The Key. There’s Saturday Ladies’ Night, DJ Night, plus weekly sporting events that celebrate every season. “Every month we’ve got something new going on,” says Kelly. “We like to keep things fun.”